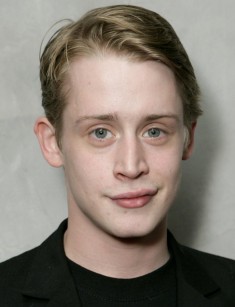 Macaulay Culkin is an American actor, one of the most popular child actors in Hollywood. Culkin took the lead role in Home Alone that has been the classic Christmas movie for the last 25 years: the original movie and its sequel are broadcast during winter holidays. As Macaulay Culkin finished his child career, he could not become popular and found himself in music; he created his own group.

Macaulay Carson Culkin was born in Manhattan, New York. His parents, Patricia Brentrup and Kit Culkin, lived in a civil marriage. Macaulay was the third kid in the family; Patricia gave birth to four more children after him. The boy’s full name was composed of the second names of two famous statesmen: the Supreme Council of India member Thomas Macaulay and the American general Kit Carson.

The boy’s mother was a telephone operator, and the father who used to be a Broadway actor in his youth worked as a sacristan in a church. These jobs were not highly paid; the family lived in a small apartment. However, Kit’s and Patricia’s Catholic worldview prevented them from instilling material desires in their kids.

In his early childhood, Macaulay was playing endless tricks on his family: his rich imagination and natural talent of a comedian manifested themselves. Following the advice of their friends, the parents took the four-year-old boy to a children’s drama club where Macaulay studied choreography and acting. At five, young Culkin played in his first performances: Bach Babies and Big Squirrel.

As the actor remembered, the stage seemed huge, and the boy was afraid the audience would simply fail to notice him. For this reason, he tried to sing and recite texts louder than other actors. With this tenacity, charming smile, and, more importantly, undoubtful acting talent, the boy attracted much attention. Two years later, he appeared in several commercials and movie episodes.

Macaulay went to St. Joseph's School of Yorkville for five years; when he began to work on movies, he transferred to Professional Children's School where child actors and musicians studied.

Unfortunately, the boy’s father who worked as his manager was more interested in money than the level of movies. The man’s requests were growing; he began to demand his other children should participate in movies. This unprofessional approach resulted in fewer roles. In 1996, Patricia divorced and accused her husband that he had spoiled the boy’s career.

The movie Uncle Buck became Macaulay Culkin’s first significant work; the boy took one of the lead roles there. The comedy was not particularly popular, but John Hughes noticed the young actor; he was looking for a child who would play the main character in Home Alone. This famous Christmas movie turned over a new leaf in the boy’s life: it became the record-breaker among family comedies. The little actor found himself a big star. Macaulay won the Emerging Actor award and was nominated for the Golden Globe Best Actor – Motion Picture Musical or Comedy.

The successful movie was followed by the 1992 sequel Home Alone 2: Lost in New York that was as popular as the first part.

At the same period, the young actor appeared in Michael Jackson’s music videos “Black or White" and "Jam."

Predictably, the audience wanted to see Macaulay Culkin playing characters similar to Kevin McCallister from the famous movies. Thus, the good projects Getting Even with Dad, The Nutcracker, and My Girl that portrayed different characters were not welcomed; the movies did not pay off, as well as the movie The Pagemaster, even though Richard Tyler was the home boy people wanted to see. Only the thriller The Good Son was an expiation among the commercial failures; another star boy, Elijah Wood, became Macaulay’s stage partner.

The comedy Richie Rich was the last movie in Culkin’s child career. By that time, he turned 14; he looked funny playing a small boy. Actually, it was the last project in Macaulay’s acting career.

It took Culkin ten years to come back to cinematography: the actor played a drug addict and party lover in the tragicomedy Party Monster. Today, the role in the romantic comedy Sex and Breakfast is his last major work; the artist took one of the four lead roles there.

In 2013, Macaulay founded a parody cover group The Pizza Underground: the musicians remade the songs of the popular rock band The Velvet Underground and changed the touching lyrics for the texts about pizza.

In May 2014, the group had its first tour. In the Nottingham club Rock City, the musicians were booed, and club visitors threw garbage at them. As a result, they left the stage 15 minutes after the performance began.

At 17, Macaulay Culkin married his former classmate, Rachel Miner, who was also an actress and played in series. The marriage lasted for two years; the young people were not ready for the family life. Besides, Macaulay had serious issues with his parents: the father was obsessed with money and would not stop court proceedings, and the mother could not stand her son’s fame and got neurotic. In 2000, Macaulay and Rachel began to live separately; two years later, they divorced officially.

In 2003, the actor started dating his famous colleague, Mila Kunis. Their relationship lasted for more than eight years; however, the couple split up in 2011. It was challenging for the actor. Still, the stars’ representatives said the actors broke up by mutual consent and remained on friendly terms.

In 2012, there was the news about Macaulay Culkin’s suicide attempt because of depression caused by his break-up. The actor did not confirm this information officially. After that, journalists began to claim the artist was a heavy drug user: he allegedly did heroin and oxycodone and spent $6000 on drugs every month. The press recalled that Culkin was arrested for marihuana possession in 2004 and used that fact as the evidence of his progressing addiction. According to National Enquirer, the actor had had no more than six months to live.

The actor’s representatives immediately called these articles false and besmirched his honor.

In 2013, the actor confessed he smoked 60 cigarettes per day; he did not confirm he had other bad habits.

In 2016, The Pizza Underground split up. Macaulay Culkin continued to work in the music sphere; he is a DJ in a nightclub.

In 2016, the actor appeared in the commercial of the insurance company Compare the Market. The next year, he played the iconic musician Kurt Cobain crucified in the music video “Total Entertainment Forever” by Josh Tillman also known as Father John Misty. The same song was included in his album Pure Comedy released on April 7, 2017.

Macaulay does not have a personal Instagram account; however, there is a fan page there with more than 20 thousand followers. 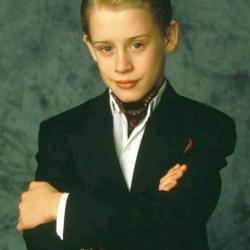