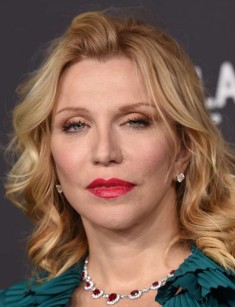 Courtney Love was born in San Francisco on July 9, 1964. Her family could hardly be called happy and well-functioning: the parents were hippies, and there were endless parties and improvised concerts in their house where the hosts and their guests took much alcohol and drugs.

Five years after the girl was born, the parent divorced; the father was deprived of parental rights (there were several reasons, for instance, he let his small daughter try LSD). Soon, the mother Linda and her daughter moved to Oregon. Linda married again and gave birth to two girls and a boy who died in infancy.

The family lived in a hippie commune and spent nights in a barrack with an earth floor; Courtney could only dream of proper hygiene. Because of that, she had the nickname “Pee Girl” at school. Lacking parental care and attention, the girl was a difficult child. Teachers marked her talents, but Courtney still had problems with her studies, and it was extremely challenging for her to communicate with peers.

In 1972, Linda’s second marriage broke down, and she moved to New Zealand with her children. For a while, Courtney went to the local Nelson College for Girls. Eventually, she was sent back to Oregon where Linda’s ex-husband and Courtney’s stepfather lived. At the age of 14, Courtney got to a correctional facility: she had stolen a T-shirt with the logo of the rock band Cinderella. For the next several years, the young woman was placed in foster care.

When the young woman turned 18, she had to earn her living. Courtney changed many jobs; she used to be a DJ and a stripper. Soon, her step-grandparents gave her some money under the trust property, and Courtney moved to Ireland where she attended Trinity College; nevertheless, she did not stay in this country for a long time. The blonde went to San Francisco, went to the local university’s school of arts and even lived in Japan for some period.

In 1985, Courtney Love returned to the United States again: she heard about the auditions for the semi-biographical movie Sid and Nancy telling the story of Sid Vicious (the bassist in Sex Pistols) and his girlfriend Nancy. Courtney wanted to play the main character, but the movie director Alex Cox made her Nancy’s acquaintance. Soon, he changed his opinion about Love: in the next movie Straight to Hell, the young woman was offered the lead role. Besides, Courtney was invited to Andy Warhol's Fifteen Minutes as a promising actress.

In the course of time, Love realized that she did not want to star in movies. Later, she appeared in several projects, yet music was her real passion. Courtney admired how famous singers’ songs sounded and how fans perceived them. The woman desired to enter that fascinating world.

In the early 1980s, Courtney tried to form her own group. At first, it was Sugar Baby Doll where Love and two of her friends participated; no recordings of this group exist. Later, the young woman tried herself as a vocalist in Faith No More. The musicians agreed at first but changed their mind and decided they wanted a male vocal.

The short-term group Pagan Babies and more famous Hole followed. In Hole, the guitar player Eric Erlandson, the drummer Caroline Rue, and the bassist Lisa Roberts (Jill Emery changed her soon) were the group members. In 1991, Hole recorded the debuting album Pretty on the Inside; critics’ responses were positive, and noise-rock and grind-rock lovers appreciated this work.

In 1994, there were considerable changes in the group’s lineup; the new album Live Through This came out. In comparison with the first album, the fresh sounding was less hard and more pop-grudge. Two months after the release, the new bassist Kristen Pfaff overdosed on cocaine and died.

In 2002, Courtney Love and Linda Perry had their solo album America’s Sweetheart released; the reviews were mostly negative. In 2009, Love tried to revive the group Hole, although she was the only original member. That year, the new album Nobody’s Daughter was added to the group’s discography. The audience did not like the new work as much as the first group’s recordings.

In the early 2010s, Love gave solo concerts sometimes and recorded songs with other musicians; she claimed she was making new singles and albums, but they were not released.

Courtney Love’s height is 175 cm. Judging by the photos, she used to be a slim, gorgeous blonde in her youth. The woman had many relationships. The soloist of the group The Leaving Trains James Moreland became Courtney’s first husband. The marriage lasted for several months; Courtney kept telling it was only a joke.

The real love story happened with Kurt Cobain, the frontman of the globally famous group Nirvana. In 1992, the couple married officially, and their only daughter Frances Bean Cobain was born. Although the parents used to do drugs, the girl was healthy. By now, Courtney Love has been clean for more than ten years.

In 1994, the musician shot himself dead. Kurt Cobain’s death shocked Cortney; she never forgave herself for having no phone that day. The woman believes that a heart-to-heart talk could have saved her husband that day.

Love did not marry again. However, she has had many affairs; the actor Edward Norton used to be one of her lovers.

Courtney is known for her reckless behavior and forceful comments addressed to her star “colleagues.” For example, Madonna is Courtney’s old opponent; the singer feels free to taunt Love in her interviews.

In 2014, Courtney talked about the reunion of the group Hole; those who launched the group were expected to be in.

On her Instagram page, Love shares the moments of her life. She continues to take an active part in social events and visits fashion shows and premieres. 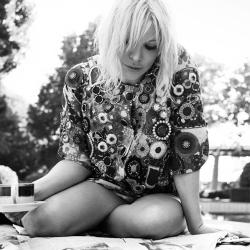