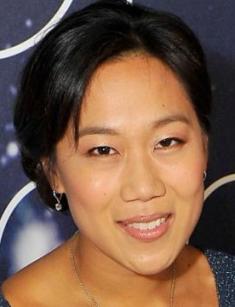 Priscilla Chan is called American Cinderella, for her life seems to be going like a fairy tale: the daughter of impoverished Vietnamese refugees graduated from Harvard and then married Mark Zuckerberg. However, there is much hard work behind the beautiful picture of success.

Priscilla Chan’s parents are Chinese ethnically; they fled to the United States from Vietnam when the war escalated in the 1970s. The family settled in Braintree, Massachusetts; Priscilla was born there. The girl grew up with two sisters and often visited her grandparents, inheriting the Cantonese variety of the language.

Chan graduated from school in Quincy. She was fond of tennis and robotic science; all classmates called her a genius at the prom. Harvard University gladly accepted the young talent, and Chan finished the legendary university with a bachelor’s degree in biology in 2007. Thus, she became the first person in her family to receive higher education.

The young woman tried herself as a teacher of sciences and worked at the private Harker school but then changed her mind. When Priscilla was a student, she thought about medicine; it was time to fulfill the old dream. She entered the University of California without taking great pains and became a pediatrician.

Perhaps, Priscilla Chan would not have become a public person if it had not been for one of the richest and famous people in the world, Mark Zuckerberg. One way or the other, their love story had begun long before the Internet empire was built.

The would-be spouses met as students of Harvard; they attended a student community party and queued for a WC. Mark looked like a typical nerd, and Priscilla did not like him; nevertheless, she agreed to go on a date. Little by little, the young people became close; Chan supported her boyfriend and genuinely believed in his success.

Zuckerberg did not reveal the details of his personal life. The news about his marriage, which took place on May 19, 2012, came accidentally: Facebook users saw the man had updated his marital status. Interestingly, the ceremony was held the next day after the shares of the project appeared on the market.

Although the wedding was not luxurious, it took the couple five months to prepare for it. Priscilla chose a smart dress created by an unknown designer; the fiancé presented a ring with a ruby designed on his own. The wedding occurred at the backyard of Mark and Priscilla’s house.

Three years later, the daughter Maxima was born; in August 2017, the happy parents welcomed the second girl named after the month of her birth. The couple had to overcome many ordeals: Chan miscarried three times. The spouses did not silence their trouble and discussed it online to help other people survive their tragedies and find the strength to go on.

Priscilla’s friends emphasize her modesty and wisdom. Despite her husband’s wealth, she is not one of those who splash money. For example, The New York Times reported that Mark’s sister was trying to persuade the woman to buy a pair of shoes for $600 for the wedding. Priscilla rejected this idea and said that it was not her money she would spend.

Charity is an integral part of Priscilla Chan’s life. She launched the program of donating organs on Facebook; the spouses also created the Chan Zuckerberg Initiative (CZI) to develop medicine and schooling, as well as to improve the criminal system.

A hospital in San Francisco, state schools in the area, and the Silicon Valley Community Foundation received several hundreds of millions. The spouses took the second place in the rating of the top 50 philanthropists.

In 2015, the couple promised to surpass Bill Gates and spend $62.5 billion on humanitarian projects; the creator of Microsoft donated “only” $50.5 billion. The same year, at the beginning of December, they posted an open letter to their newborn daughter and swore to donate 99% of the Facebook stock ($45 billion).

The next year, Chan and Zuckerberg set a new ambitious goal for the next ten years – “to cure all disease”. $3 billion would be spent on new equipment and opening new laboratories.

Today, Priscilla Chan and the University of California are working on the Cell Atlas project; all researchers worldwide will have access to the information about the types of cells controlling brain, heart, lungs, and so on.

In 2017, people all over the globe were talking about the birth of Mark’s second baby. The happy father shared pictures of his pregnant wife on Instagram. Before the girl was born, Priscilla often accompanied her husband on business trips; for instance, they visited the Pope in the Vatican.

Although two children require much attention, Chan finds time for charity. The spouses donated some money to the Vision to Learn company that worked with children from unprivileged families. Two million kids were examined and received glasses for free if it was necessary.