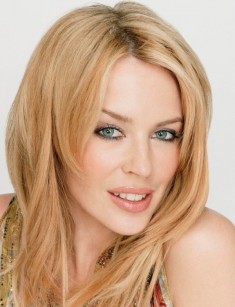 Kylie Minogue is the Australian singer and actress. She was born in Melbourne, Australia, in 1968, into the family of Ronald Minogue, the accountant, and Carol Ann, the dancer. There were three children in the family: Kylie and her younger brother and sister.

Kylie was a shy child who tried to avoid school events. She performed just once together with her peers in the play “Cinderella.” The girl preferred choreography and music.

Both Minogue sisters took their first steps in the show business early. Initially, the parents expected the younger daughter to make an acting career. Once, the mother took Danii to a movie casting; Kylie went for a company. As a result, it was Kylie who got the role.

After the successful casting, the nine-year-old girl appeared on the screen. The future star participated in the series “The Sullivans” and “Skyways.” As she finished school in 1986, she accepted a new offer and played in a TV series with Jason Donovan. The project brought the young actress the first considerable fame. Minogue became the youngest actress of the country and received Gold Logie and four Logie Awards.

In 1989, the actress took part in the melodrama “The Delinquents”; the movie was commercially beneficial despite critics’ negative reviews. Then, there was a gap in Kylie’s movie career.

In 1994, the actress starred in the action movie “Street Fighter” with Jean-Claude Van Damme. The project did not make Minogue popular; on the contrary, she was even called the worst actress. The following movies “Bio-Dome” (1996), “Cut” (2000), and “Sample People” (2000) were popular among the audience.

In 2001, Kylie Minogue sang in “Moulin Rouge!.” This work was significant in the actress’s career.

In 2007, the TV audience saw the Australian actress in the Christmas episode of the fantastic series “Doctor Who.” Five years later, Minogue starred in “Holy Motors”; in 2015, she appeared in “San Andreas.”

In a while, critics marked Kylie’s movie career was not notable for any outstanding works. However, the Australian’s music career was pretty different.

In 1986, Kylie Minogue was invited to open the event in honor of soccer stars in the Dallas Brooks Hall. The show impressed one of producers who offered the young woman the contract.

At the end of July 1987, the first single “Locomotion” came out. The song turned out to be so popular that it became the bestselling single of the year. The second song “I Should Be So Lucky” was equally successful.

The good career start was made. In this respect, Minogue stopped working on the series “Neighbors” in late 1988.

As Kylie became globally famous, she changed her image. In 1991, she turned from a girl from the nearest yard into the seductive beauty. This novelty increased the singer’s popularity. By that time, she had released more than 30 songs.

In 1992, the collection “The Greatest Hits” came out; the contract with Deconstruction Records and the fifth album “Kylie Minogue” (2.5 million copies sold all over the world) followed soon.

In 1996, Minogue and Nick Cave recorded the super hit “Where the Wild Roses Grow.” The music video continues to get thousands of views today.

The next album “Impossible Princess” was released in 1997 and became platinum. The original title had to be changed because of Princess Diana’s tragic death.

Two years later, the new hit “Can’t’ Get You Out Of My Head” conquered Europa and America. A month later, the album “Fever” came out; it brought two Brit Awards. Besides, Kylie won the Grammy Award for the song “Slow.” Minogue’s music videos were incredibly popular as well.

In 2005, the singer was diagnosed with breast cancer. She had to stop touring; there was a gap in her career.

The tenth studio album “X” (2007) was the first project after the disease. The song “In My Arms” was the greatest hit in the album.

Kylie’s personal life was less fortunate than her career. Although the singer had many affairs, none of them ended up with a marriage or childbirth.

Kylie attracted men when she was at school; her friends remember the young woman had a special exercise book where she wrote down the names of people who had fallen in love with her.

When “Neighbors” was produced, young Minogue met her colleague Jason Donovan. The couple seemed to have been together, but it did not last long. Many people believed the break-up happened because Donovan could not stand his partner’s growing popularity.

In a while, the feminine singer became a rocker: it was her new boyfriend Michael Hutchence’s influence. The man often got depressed and committed suicide in the end.

Kylie Minogue also the relationship with the British model James Gooding. They were together for three years, but the singer initiated the breakup because the man turned out to be a womanizer.

From 2002 to 2007, Minogue was seeing Olivier Martinez who helped her through the difficult period of oncology.

For the next three years, the Australian beauty remained single. One day, she was noticed together with Joshua Sasse.

Sasse and Minogue met in September 2015 when the series “Galavant” was being made. The British actor played the main character, and Kylie was the guest star in the second season. Sasse was 19 years younger than the singer.

The couple was ready to marry but split up in 2017; Kylie announced this news on her Instagram page.

In 2016, Kylie Minogue gave an interview to The Sunday Times Magazine and confessed she would hardly become a mother: she could not give birth because of some dangerous kind of cancer.

She explained that life felt different when she realized she lost the natural ability of childbirth which people consider axiomatic. She was sure she would hardly ever feel it in her life.

In February 2017, Minogue won at the trial against the American model Kylie Jenner. The Australian singer prohibited to use the name in the cosmetic line and submitted the request to the United States Patent and Trademark Office. She explained that Jenner could not use the brand “Kylie” in her cosmetics line due to the associations with her own trademark.

In April 2017, the Australian media suspected Kylie Minogue of seeing Prince Andrew. New Idea referred to the insiders’ information and reported the couple spent all the time together. At the same time, the British media did not confirm this data and called such messages weird. The celebrities did not comment on the speculations.

Kylie Minogue continues to develop in business. She presented the collection of glasses created together with Specsavers; she became the company’s spokesperson. In new photos, Kylie amazed her fans with her perfect body parameters (her height is 153, and her weight is 49 kg.) and impeccable style. 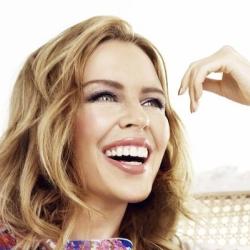