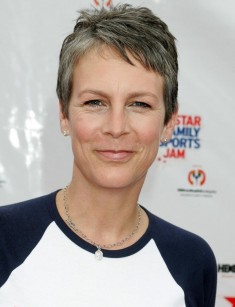 Jamie Lee Curtis is an American actress who has become famous and in-demand in two completely different and even opposite genres: in horror films and comedies.

As a thriller star, Jamie Lee Curtis earned the title of "scream queen" and appeared in the famous Halloween franchise and the films Terror Train, The Fog, Prom Night and others. As a comedy actress, Lee Curtis realized her potential in the movie Freaky Friday, Trading Places, A Fish Called Wanda, You Again and others.

The role in the TV series Scream Queens combined these two lines. It was a black comedy and at the same time a horror parody series.

Actress Jamie Lee Curtis was born on November 22, 1958, in America. Moreover, she lived in Los Angeles, in the family of actors. The fate determined her profession. Jamie is of Jewish, Danish and Hungarian descent.

It seems that childhood in such a family should be bright and full of impressions, but it was different for Jamie. When she was four years old, her parents divorced. Jamie and her older sister stayed with the mother. The girls' mother soon married again.

Jamie Lee Curtis was a quiet and calm girl. She was good at studying and was not naughty. After graduation, the young woman entered the college in Connecticut, and then the faculty of social work at Stockton University. However, she studied there for one semester. By that time, Jamie finally decided that social work was not her vocation. She wanted to become an actress.

Jamie was talented, and she was not surprised when director Carpenter invited her to play in the movie Halloween. It was 1978 when the girl was only 20 years old. Her debut was so successful that the director offered her a part in the next movie The Fog. Later, she appeared in the project Terror Train. Three roles in horror films in a row were enough to earn a reputation of the queen of horror. Fortunately, she was not associated with this role for a long time.

Slim, short-haired Jamie Lee Curtis exudes sexual energy on the screen. It is vivid in the movie Perfect, where the actress played a fitness instructor. Before the shootings, she trained hard for six months, went in the swimming pool, and lost extra weight. Then she portrayed a policewoman in the film Blue Steel, an editor of a large radio company in the movie Love Letters and others. Jamie was convincing playing each of these characters.

However, viewers got used to her comedic roles. In 1992, the movie My Girl starring Lee Curtis was released. The film crew took success for granted, but the lyrical plot, which resembled a drama, disappointed fans of the actress.

However, in 1994, the actress received the recognition and love of viewers again. That year, the filmography of the actress added the role in James Cameron's comedy action movie True Lies, and the actress even won the prestigious Golden Globe Award.

In 1998 and 2002, the actress starred in two more parts of Halloween, and in 2003, played a teenager brilliantly in the comedy Freaky Friday. Viewers were delighted watching the transformation of a mature woman to a girl.

From the middle of 2015 to the end of 2016, Jamie Lee Curtis played the role of director Cathy Munsch in the television series Scream Queens. It is a black comedy, and the authors described the film as a meeting of Mean Girls with Friday the 13th.

The name of the series is derived from the actresses’ typical role in horror movies. A Scream Queen is a victim followed by a monster or a maniac throughout the film, and whose main task is to scream and yell when she sees something scary. By the way, Jamie Lee Curtis, who starred in the horror series Halloween, proved her worth as a star of this genre.

The first season of the series is set in the campus of the prestigious Kappa Kappa Tau sorority, where bloody murders take place. The members are glamorous and rich girls led by bitchy Chanel (Emma Roberts). Their main activity is to pick out fashionable clothes, to satisfy the whims of Chanel and scoff at less successful girls.

The club’s life is changing when more independent participants join it, and they encounter a killer in the house. Jamie Lee Curtis’s heroine is trying to resolve the problems of the house and find the killer not to lose her directorship, while the girls consider Munsch to be the main suspect. Cathy Munsch appears regularly in the film, and, according to the authors, the main script was initially written for Lee Curtis and Roberts’s heroines.

The end of the first season fully reveals the characters and ends the storyline. So the second season, which premiered in September 2016, has little to do with the first one. Scream Queens resembles one more famous horror series American Horror Story. The only difference is that AHS transfers only actors from one plot to another, Scream Queens have the same characters.

The second season shows that Dean Cathy Munsch has bought a hospital and conducts experimental research there. Chanel and her girls work as nurses in the hospital, and, as in the first season, a serial killer appears in the hospital.

In 1984, Jamie married reporter Christopher Guest, an English Lord, and Baron. The couple brings up the adoptive children: daughter Annie and son Thomas.

The enjoy family harmony and happiness in their mansion in an old district of Los Angeles.

Jamie Lee Curtis has seen the habits of Hollywood since childhood. She has always dreamed of having a family, but she was afraid of alcohol and drug addiction most of all. Therefore, Jamie has practiced self-development for a long time, leads a healthy lifestyle. She does not suffer from a superiority complex when Jamie has spare time she writes books for children.

Jamie Lee Curtis leads a modest life according to Hollywood standards. She does not attend parties and is not involved in scandals. But the actress has got what she dreamt of. Jamie has a family, favorite work and peace of mind.

Nowadays, Jamie Lee Curtis is filming in several large projects. In the autumn of 2018, the horror film Halloween is scheduled to premiere. It is a new film of the Halloween franchise that made the actress famous. Initially, the film was planned as a reboot or, according to the authors, installment in the franchise, but subsequently, scriptwriters David Gordon Green and Danny McBride declared that the film would become a direct sequel to the first Halloween film.

In the new horror film, Jamie Lee Curtis has once again returned to the role of Laurie Strode. The actress has already portrayed this character in five movies. In early 2018, the actress has posted photos of this image on Instagram, clearly showing that the shooting is underway.

In 2018, two more projects with the actress have also been scheduled to premieres. They are the comedy film Senior Entourage and the drama thriller The Pages. Both films do not have the Russian-language versions.

But the actress has already plans for the next year. The film with Jamie Lee Curtis is scheduled to premiere in 2019. It is the drama-comedy thriller Spychosis. 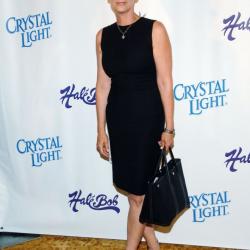