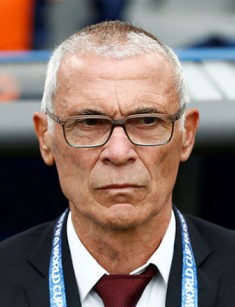 The football coach Héctor Cúper is called "forever number two". The man doesn't succeed to bring his teams to the victories. From 2015 till 2018 the Argentinean coach was leading the national team of Egypt, but even in Africa, he wasn't successful.

Cúper’s great-grandfather arrived in Argentina from England at the end of the 19th century. He settled in the new country and married the native woman from Indians Charrúa, having started the numerous family. Since then a significant number of types of blood were mixed in their family. Among their relatives, there were even people of Italian origin.

Cúper was born in the small town of Chabás. Héctor’s mother died early when the child hardly turned several months. His father worked hard that’s why careful and wise grandmother was educating and upbringing the child.

Since early childhood, the woman instilled decency, pedantry, and prudence to her son. The last value was particularly relevant because the family was living in extreme poverty. The child had the only toy – it was the car model which he had inherited from his relatives. Later, his father bought him a football.

The grandmother considered education one of the significant things in life. Because of the severe financial situation of the Héctor had to leave school and to start working.

The boy began to work at the age of nine. The boy washed windows, and later he got a job as a courier at the bank. He caught up with the program of secondary education only at the age of 30 years, when he began to think about his future. In a short time, he had to take off his uniform of the football player and to become either a coach or a sports journalist. For this, he required the knowledge of school disciplines at least.

In the course of time, his passion for football became stronger. The guy felt embarrassed because of his tall height and excessive thinness, trying to smooth his physical disadvantages with a perfect game. He started to catch up; he decided to study on mistakes and to gain experience with his senior companions. That’s why he almost didn't play with his age-mates.

Héctor dreamed to set off to Buenos Aires once and to join the team of some football club here. It was his good fortune: his father's companion found acquaintances in the organization of Club Ferro Carril Oeste, or just Ferro.

Cúper took a two-week vacation and went to take his chance. The viewings lasted for a month, but as a result, the 19-year-old guy joined the "youth team" of Ferro.

The management of the football club recognized the high potential of the defender of the team and didn’t want to lose him. Cúper got a room, meals tickets for three times a day and a pitiful grant.

The sportsman distinguished neither with natural talent nor with his speed. He developed his intuition and played great with the help of his head for what he got the nickname of "Forehead". Héctor spent in Ferro F.C. more than ten years. He helped this football club to win two gold medals. Alongside with this, he had played eight matches in the national team.

In the late eighties, the football player appeared as a part of Huracán football club which before that had shamefully left the highest division. With Cúper’s appearance, the football club returned to the elite. Five years later the defender left in the team as a coach. Under his leadership, this club which was considered to be weak began to lead and even nearly won the internal championship.

Public began to talk about Héctor Cúper as a talented coach. Next season the man spent in Lanús football club. The club also was in the lagging, but in 1995 the team suddenly defeated the rivals at CONMEBOL Cup Competition. Cúper took his next step in his career and set off to Europe.

Mallorca F.C. became the first club where Héctor Cúper became the coach. With the Spanish football players, the trainer won the UEFA Cup Winners' Cup and also took place in the Champions League.

Two seasons later Cúper was training Valencia F.C. The Argentinean football player has put at the forefront of his tactics his speed and technique. Moreover, he considered strong defense important. The football team of Valencia which also wasn't famous for the victories became more successful with Cúper and managed to defeat Barcelona and Lazio. Later, this team reached the final of UEFA Champions League and became the favorite of cheerleaders and fans.

Then the trainer went to Italy and transformed Milan Inter F.C. into silver prize-winners of the country. Two years later he returned home where he changed several clubs. He again managed to work with Mallorca F.C. and headed Real Betis. In his track record, Héctor Cúper has coaching of football players of the Italian Parma F.C. which in result lost to Atlético, and even to the Georgian national team. It was evident at that time that his career began to recede.

Cúper transferred from one club to another, from one country to another – Turkey, Spain, Arab Emirates. At last, in 2015 the Argentinean coach has settled in the Egyptian national team.

The head coach of "Pharaohs" has demonstrated his potential again. Egypt got to the final of Africa Cup of Nations what happened for the first time for the last seven years. African team left Morocco and Burkina Faso national football teams behind. As a result, the team lost to Cameroon, but even this failure hasn't overshadowed the positive spirit of the team and the residents of Egypt.

In the national team of Egypt the coach for sure distinguished Mohamed Salah, he calls the football player the second Lionel Messi. The coach said:

"The country is lucky to have one of the best world players".

Young Héctor Cúper who got the room from the management of Ferro F.C. at the same time found his love. He had a balcony in his bedroom where he was sitting for hours waiting for the beautiful girl to appear in the opposite house.

As it turned out later, his neighbor was called Cynthia. The successor of wealthy doctors agreed to marry the sportsman. It appeared that their marriage has lasted for life. His spouse gave birth to three Hector’s children.

In June 2018 the national team of Egypt headed by Cúper set off to FIFA World Cup to get victories. However, the fortune turned very bad that time. Egyptians lost to the teams of Uruguay, Saudi Arabia, and Russia, and left home without any victories.

In his comments to the game with Russian team the coach pointed out that in general, he was satisfied with the match, but the team has made mistakes, including in defense sector.

There appeared rumors on the web that after such unsuccessful match Héctor Cúper would lose his job as a coach. Hany Abo Rida, the Head of Football Federation in Egypt wasn't so intransigent towards the coach. The man stated that the Argentinean coach still had lots of work and they would consider the contract extension after the championship.

On the 27th of June, 2018 there appeared the information that Héctor Cúper has retired. The Football Federation of Egypt thanked the coach for his work:

"We highly appreciate work of the coach and his achievements at Africa Cup of Nations and participation of Egypt in FIFA World Cup 28 years later". 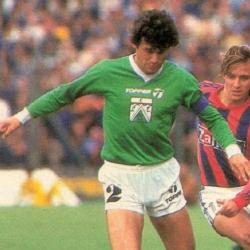