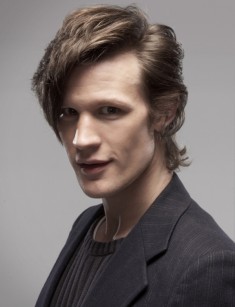 Matt Smith is a famous British actor. The actor became famous for the eleventh incarnation of The Doctor in the TV series Doctor Who. For this role, Matt was nominated for a BAFTA Award.

Matt Smith was born on October 28, 1982, in Northampton (England). As a child, he did not even think about acting. Matt grew up in a wealthy family, and his parents ran a plastic manufacturing business. Matt and older sister Laura did not need anything.

The girl grew up and became a dancer. She went on tours with the band Take That.

Since childhood, Smith was fond of football. His father instilled in him the love for this sport because he was a professional footballer in the past. When Matt grew up, he played for the youth football team. But at the age of 16 Smith received a back injury which put his professional sports career to an end.

The parents did everything possible to cure their son, and he recovered, but the doctors forbade playing football. Matt became depressed because of the injury, the long recovery period, and the training taboo. He was a natural born leader and could not remain inactive for a long time.

At school, Matt Smith was fond of music and theater, although it was self-indulgence. Later, he took school productions seriously.

After graduation, he planned to enter the University of Cambridge, but the teacher persuaded the young man to try his hand at a professional theater. So Matt joined the National Youth Theatre in London, and then entered the faculty of drama at the university. Since that time, the theater has become an integral part of the life of the young man.

The actor made his stage debut playing the roles of Thomas Becket in Murder in the Cathedral and Bassoon in The Master and Margarita. He became self-confident after the first successful roles.

Soon Matt Smith had an agent and began to receive exciting offers from English theaters. He played in the productions Fresh Kills and On the Shore of the Wide World at the Royal Court Theatre. Later, the actor was invited to play in The History Boys at the Royal National Theatre.

In 2007, Matt Smith joined the Vaudeville Theatre. He debuted on the stage in the production of Swimming with Sharks. The following year, he brilliantly played the role of Henry in the play That Face. For this role, Smith was nominated for the prestigious Laurence Olivier Award.

In 2013 and 2014, the actor played Patrick Bateman in the play American Psycho on the stage of the Almeida Theater in London.

Matt Smith combined the work in the theater with television projects. He debuted in 2006 when the actor played Jim Taylor in the movie The Ruby in the Smoke. The following year, he starred in the film Party Animals, where he portrayed Danny Foster. It was a large-scale project commissioned by the BBC company.

In 2008, Smith came to the audition for a leading role in the Doctor Who project. The casting lasted three weeks, but Matt succeeded and was selected.

Doctor Who is a cult TV series in Britain that has been released since 1963 and is listed in Guinness World Records as the longest-running fantasy television series in the world. Smith was not so famous as other candidates, but when in 2010 viewers saw the first series of Doctor Who with the participation of the young actor, the public opinion changed because Matt Smith was incomparable. It was a turning point in Matt Smith's career.

This project made the actor famous not only in England, but also in America, and in other countries where Doctor Who was broadcast. He became the youngest Doctor in the history of the series. In 2013, Matt left the project. He explained the decision citing "coincidence of circumstances," without going into details.

Later, the actor admitted that the decision was not easy for himseries. Even his mother asked the actor not to leave the project. She wanted her son to continue to be the Time Lord.

At the same time, the creators of the series released five episodes entitled Pond Life. They told the story of Amy and Rory in between their adventures. The Doctor also appeared in these five episodes.

While shooting in the cult TV series, Matt Smith played a rower and the Olympic champion in the film Bert and Dickie, Christopher in the film Christopher and His Kind, Thomas in the film Womb. The actor' appeared as Bully in Lost River, Skynet in Terminator Genisys, Morgan in Patient Zero, Mr. Collins in Pride and Prejudice and Zombies.

Due to the busy schedule, Smith does not have time for the family. From time to time, he had love affairs with colleagues. Paparazzi closely followed the personal life of the Eleventh Doctor.

On the set of The Ruby in the Smoke he met actress Billie Piper, but the couple's relationship lasted a few months. Three years later, the actor appeared together with singer Mayana Moura from Brazil, but this love affair was also over. Matt had a long relationship with model Daisy Lowe. They dated for almost a year and a half but also broke up.

In June 2014, Matt Smith appeared at the Cannes Film Festival with Lily James, and journalists immediately wrote about their relationship. And they were right. The young people starred together in the 2016 film Pride and Prejudice and Zombies, in which Lily performed the leading female role of Elizabeth Bennet. Now the couple has strong and stable relationships. According to photos on the Internet, they attend together essential events and have good relations with the relatives. Fans of the creative couple hope that their favorite artists will marry.

In his spare time, Matt takes pictures, plays the piano, reads the books of English and foreign classical authors. Besides, the young man is fond of chess, considers the game to be an entertaining and intellectual activity. He has a lot of interests, and the actor may become a musician or director in the future.

Smith owns a collection of antique furniture. He is also a fan of the football club Blackburn Rovers.

The extensive filmography shows a wide range of roles of the young actor. So, in 2016, he was cast in the TV series The Crown. The story tells about the British royal family. Smith portrayed the husband of Elizabeth II, Prince Philip, Duke of Edinburgh. Matt has said that he likes that Phillip is different from Doctor Who.

In March 2018, it became known that after the second season Matt Smith would leave the project. Tobias Menzies was selected for the role of Philip. The Producers of the project initially planned to change the actors to show the age-related changes of the characters better.

Earlier a small scandal broke out on the Internet. Time’s Up activists have found out that Matt Smith was paid more for shooting in the project than actress Claire Foy, who played the role of Elizabeth II. The activists demanded to restore justice, as well as Smith to transfer the difference in pay to the Anti-Sexual Violence Fund.

The producers of the project apologized to the activists and actors, saying that they do not have information about each other's incomes. Matt got a higher salary because he was more popular than Claire.

The creators have promised that the payment of the following performers will be equal. 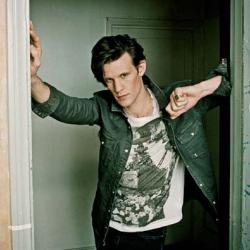