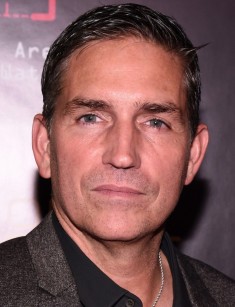 American actor James Patrick Caviezel lived in the shadow of his more eminent colleagues and played minor roles in low rated films for a long time. However, the actor made a breakthrough after shooting in the movie The Thin Red Line about the Second World War. It was released in 1998 and was named Best Cinematography for 1998 by the National Society of Film Critics.

However, Caviezel became very famous thanks to the iconic role of Jesus Christ in Mel Gibson's film The Passion of the Christ. 2004 was the turning point in the actor’s career when film producers and directors began to notice his extraordinary acting and the ability to show his skills in front of the camera.

James Patrick Caviezel was born on September 26, 1968, in Mount Vernon, Washington. There were five children in the family. James has three sisters and a brother. His parents are former actress Margaret and chiropractor James. The family of the future eminent actor was Catholic, which influenced James's choice in the future. His wife Kerri also belongs to this church.

Friends and parents described young James as a very active young man. In childhood and adolescence, he spent most of his time on the sports grounds or in the church. The boy attended the church with his family every Sunday. But athletic James dreamt of becoming an NBA player.

Caviezel was lucky to be a star of the basketball team in Catholic school, John F. Kennedy Memorial High School, where he studied until 1987. After graduation, the boy entered Bellevue College. James continued to play basketball, but a severe foot injury in his second year put an end to the young man's basketball career.

"I have never had enough skills to be an excellent basketball player, but this sport helped me to enroll in the college and instilled discipline. Basketball prepared me for becoming an actor," Caviezel admitted in an interview with the Daily Mail.

After the failure in sports and graduating from college, young Caviezel turned his focus to acting at the Juilliard School. He began to audition actively and in 1991 got his first role as an airline clerk in Gus Van Sant's drama My Own Private Idaho.

This movie did not bring the young actor fame, but he remembered acquaintance with the celebrity, Keanu Reeves. James decided not to give up and moved to Los Angeles. In this city, he worked as a waiter and a model (with a height of 1,88 m, the weight is 71 kg) in between auditions. The guy agreed to the most insignificant roles and eventually starred in the films Diggstown (1992), Wyatt Earp (1994) and others which did not have much success as well as film critics reviews.

The young actor was unnoticed for a decade and even thought about quitting acting. However, in 1998 he was offered to play a significant role in Terrence Malick's film The Thin Red Line. Thanks to the character of Private Witt in this military drama, famous directors noticed James.

The following year, Ang Lee invited Caviezel to star in the fantastic action movie Ride with the Devil. Later, the actor was showered with offers to play in the high-grossing movies: Any Given Sunday (1999), Frequency (2000) and Angel Eyes (2001). In the last film, James starred with viewers’ favorite actress, Jennifer Lopez, who discovered the actor’s talent of the leader on the set.

In 2002, the adventure drama The Count of Monte Cristo, where Caviezel was able to demonstrate his ability to play diverse roles, was released. James defended his religious belief during the filming of the thriller High Crimes in 2002. Caviezel refused to appear in sex scenes with partner Ashley Judd because they contradict the artist’s faith in God.

In 2004, Mel Gibson, who looked for an actor for the role of Jesus Christ in the drama The Passion of the Christ, drew attention to the already well-known actor. According to Gibson, James’s glorified "angelic" blue eyes attracted the director.

This role has become symbolic for the actor. Firstly, Caviezel played Jesus Christ when he was 33 years old, as well as his hero. Secondly, James Caviezel’s initials (J.C.) coincide with the character’s initials.

The film opened the artist the floodgates to cinematography. In 2006, James co-starred with Morgan Freeman in the fantastic thriller Déjà Vu, and in 2008 he got a role in the movie Outlander. In 2011, Caviezel became the leading actor in the crime drama series Person of Interest which aired on CBS.

James Caviezel met his wife Kerri Browitt, a literature teacher, in 1993 during a blind date. The sister of the talented actor, Amy, arranged the meeting. The young people have common interests: Catholic faith and love for basketball. James and Kerri dated for three years. In 1996 they married and said their wedding vows.

The couple has been living together. They are now raising three adopted children from China. Initially, the couple took a girl, Lyn Elizabeth (16), and subsequently decided to adopt two boys - Bo (18) and David (7). Both have a brain tumor. When journalists asked whether the husband and wife were afraid to adopt children with diseases, James replied:

"Children make me better, and love is the best medicine."

James also told about the secret of stability in the relations with his wife. The actor admitted that it was the ability to make compromises and to ask for forgiveness in time.

James Caviezel is often confused with a colleague, Eric Roberts, on the Internet. Internet users believe that Hollywood actors look like twin brothers.

Nowadays James Caviezel is preparing to star in the sequel to the movie The Passion of the Christ, which brought him fame. Mel Gibson said in 2016 that the film would have continuation and Caviezel spoke about it again a few months ago.

The actor did not go into details, only saying that it will become "the greatest film in history." 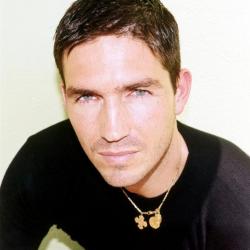