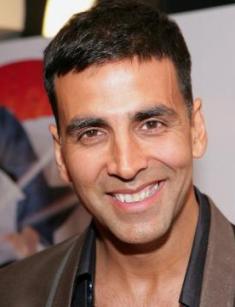 The Indian actor and producer Rajiv Hari Om Bhatia, known professionally as Akshay Kumar, was born on September 9, 1967, in Amritsar. The boy’s parents were simple farmers, and he helped his mother and father a lot from an early age.

When Kumar went to school, he took an interest in sports; the hobby predetermined his career. The future artist was so good in martial arts that he began to teach it and earned enough money to move to Mumbai.

One day, a newbie joined his group. He turned out to be a professional photographer and recommended his mentor to send his photos to modeling agencies. Soon, the athletic, charismatic young man started his career with TV commercials, and invitations to movies followed soon. Thus, Akshay’s handsomeness was a significant means to take the first step to fame.

Kumar debuted in the 1991 movie Saugandh and proved to be a promising actor. The first hit came out the next year: it was the thriller Khiladi. From that time, the number of Akshay’s fans was growing with each movie; he strengthened his positions in the actions Mohra and Main Khiladi Tu Anari.

At this period, the director Yash Chopra and Kumar signed a contract for the romantic movie Yeh Dillagi; it was another triumph. The third and fourth parts of Khiladi followed, and the 1997 movie Dil To Pagal Hai brought the actor the nomination for the Filmfare Awards for Best Supporting Actor.

Critics highly appreciated the 1999 projects Jaanwar and Sangharsh. Ordinary viewers also loved the actor’s excellent martial skills, charm, and athletic body; he turned into a sex symbol. The beginning of the new century was marked with the comedy parts in Hera Pheri and Dhadkan.

In 2002, Akshay celebrated the Filmfare Award for Best Villain that the movie Ajnabee brought. 2002-2005 were the period of successful comedies, one of which, Garam Masala, awarded him the second Filmfare Award in the Best Comedian category.

One could see the actor’s martial skills not only in feature movies but also documentaries: in 2004, he worked on Seven Deadly Arts with Akshay Kumar for the National Geographic Channel.

Every Bollywood producer would be glad to collaborate with the artist. Kumar could choose screenwriters and characters to play; projects with him were top-grossing. People loved Namastey London, Heyy Babyy, Bhool Bhulaiyaa, and Welcome; all of them were released in 2007.

The next year brought a grossing failure of Tashan, but following Singh Is Kinng rehabilitated the artist and proved to be a great hit. Khiladi 786 (2012), Gabbar is Back (2015), and Singh Is Bliing (2015) were equally popular.

2016 was diverse in terms of the projects’ popularity. All in all, four movies were released: Airlift, Housefull 3, Dishoom, and Rustom.

Today, Kumar is number four in the most popular Bollywood actors list. Besides, he is known as a TV presenter who participates in high-rating shows; for instance, he hosted the Indian version of Fear Factor in 2008. The program Khatron Ke Khiladi brought the man ₹1.3 million.

Akshay was a presenter of the cookery show Master Chef as well. Interestingly, he used to work as a cook in a Bangkok restaurant Metro Guest. The celebrity likes Thai and Punjabi cuisines.

The actor is a person of many talents. He performs popular songs, and videos from his best movies are immensely popular on the Internet: the duets with Kareena Kapoor, Katrina Kaif, and Aishwarya Rai. Akshay owns his company Hari Om Productions; the debut with the movie Singh Is Kinng was pretty successful.

The sexy actor is famous for his affairs with top Indian beauties, such as Priyanka Chopra, Ayesha Jhulka, Shilpa Shetty. There is no wonder that Kumar has been nicknamed “Mr. Cool”. However, he decided to give his heart to one woman, the actress Twinkle Khanna. Soon after the couple married, the woman left cinematography and devoted herself to the family.

The lovers married in 2001; the son Aarav was born a year and a half later. The starry father always finds time in his busy schedule for the boy and teaches him martial arts. In 2012, the second of the children, the baby daughter Nitara, was born.

The artist loves his family and gladly spends time with them. Although the media spread rumors about his relationships with other women and conflicts with Twinkle, there is no supporting evidence: the spouses’ feelings are just as strong as they used to be in the beginning. Khanna only asked her husband to avoid filming with Priyanka Chopra. Since that time, the famous actors have stopped greeting each other; they try not to meet at social and professional events.

Today, the artist continues to star in many projects; the audience will see him in new movies Housefull 4, Good News, and Sooryavanshi.