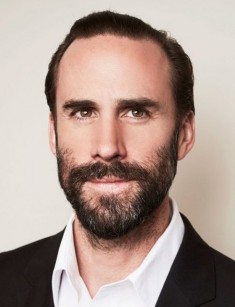 Joseph Fiennes is the actor who has grown up among the brothers and sisters who have gained popularity in different spheres of cinematography. And he wasn’t an exception. Being the youngest member of his creative family, Joseph has managed to find his place among the world-famous stars. The man who has figurines of various prestigious film awards on his shelves leads a very modest life. The actor isn’t involved in the scandals and doesn't even have Twitter and Instagram.

On the 27th of May, 1970 in one of Salisbury hospitals there were born twins who received the names of Jacob and Joseph. The boys became minor children in the family of Fiennes. Their brothers and sisters Ralph, Magnus, Sophie, and Martha already grew up in the family. Later the parents of many children have adopted one more child – the boy called Michael Emery. Children grew up in the creative atmosphere. Joseph’s mother wrote books, and his father earned his living by photography.

Because of the specific work of their parents, the family had to relocate quite often. Joseph went to school in the West Cork, and after his first lessons, the local psychologist has diagnosed the boy with dyslexia, which was rather unpleasant.

But the persistence of Joseph's family towards the improvement of their son's problem has won the disease and allowed the boy to get the excellent education. Moreover, the boy has found himself a creative outlet – it was the school theater. His teacher has brought Fiennes Jr. to the theater so that Joseph could make friends with his schoolmates.

After one more relocation (the boy has changed 12 schools) the boy was admitted to private Leehurst Swan School upon termination of which he decided to study acting skills, as well as his elder brother (Ralph Fiennes). It's amusing, but Jacob Fiennes has connected his life with cardinally different sphere –Joseph’s twin has got engaged in the ecology.

In 1993, after finishing The Guildhall School of Music & Drama, the young man joined the Young Vic Youth Theatre. The next step which the young actor took in his career was joining the Royal Shakespeare Theatre specializing in the creative work of the famous writer and his contemporaries.

The actor became involved in the cinematography in 1995. Joseph was invited to play a small role in the film The Vacillations of Poppy Carew. The same year the young man has transformed into Christopher – the character in the movie Stealing Beauty. Liv Tyler and Jeremy Irons became actor's partners on the movie set.

Fiennes became famous in 1998 after the release of the movie Shakespeare In Love. Joseph performed the leading role and had got used to the character so well that he got five versatile film awards among which there was the MTV nomination for Best Screen Kiss.

After such a successful start Joseph began to receive a significant number of the offers on the shootings. But the actor won his next significant and memorable role only in 2002. The actor has taken part in the thriller Killing Me Softly. The actor has transformed into the character of the mysterious beloved of the leading heroine, the relationship with whom bring the young woman out of the happy balance.

Critics and audience have met the new Joseph’s work with restraint. Though, vivid and realistic bed scenes have given journalists a reason to speak about the secret love affair of Joseph with his movie partner Heather Graham. The man admitted in his interview after the movie premiere that he never fell in love with his colleagues from the movie set and he could manage to divide cinematography and his private life.

In 2009 the series FlashForward came on the screen. In this series, the actor has appeared as FBI agent who investigated some strange events connected with the eclipse. The film crew expected that the series would have three complete seasons, but unfortunately, the project came to an end in 2010 because of low ratings.

In 2012 the creator of American Horror Story Ryan Murphy with whom the actor had got acquainted during his early career offered the actor to play a role in the second season of the series. Joseph performed the part of the priest Timothy Gordon who pursued the old building and opened mental hospital.

The movie Strangerland which was premiered in 2015 have was met warmly at Sundance Film Festival. Critics especially appreciated the duet of Kidman and Fiennes who turned into the married couple trying to get away from the thing.

The role in the series The Handmaid's Tale became one of the latest successful Joseph’s works. The series came out on the screen in April 2017.

The actor who played the leading male character admitted that he was shocked by some movie scenes, including the first sex scene of the character with the servant. In one of his interview, Joseph has stated, that the movie’s idea is really powerful and he is so glad to become a part of this essential feministic project.

In 2009 the desired Hollywood bachelor married his beloved woman – the model María Dolores Diéguez. They celebrated their wedding in Tuscany, near the place where they had got acquainted. The actor’s wife is from Switzerland, she was studying Art in Italy and was working partly as a model.

Joseph was impressed with María’s appearance and intelligence, he began to express his affection to the beauty, but the girl has rejected Fiennes. The actor's future wife considered him to be the lady's man and womanizer. Though Joseph has taken efforts and has proved Maria otherwise.

Three months later after the wedding, there appeared the information that the spouses were expecting for a baby. In 2010 a daughter Sam was born in the family. And next year Joseph became a father for the second time – María gave birth to their daughter Isabella.

In 2018 in Russia there came on the screen the second season of the series The Handmaid's Tale in which the actor played the Commander Fred Waterford. And after the release of the premiere series of the second part of the gripping thriller, it became known that the series would be prolonged for the third season. In connection with the news, the photo of the attractive actor has appeared on the cover of the American Esquire magazine in March.

In the second half of 2018, the shootings of the thriller The Unholy will start. There is no information about the plot and other details of the future movie. But there has leaked some information into the press that Joseph has received the leading role in the film.

The movie On Wings of Eagles is one more new project where Fiennes will transform into the principal character. This movie is based upon real events and tells the story about the missionary who has found himself in China in the middle of the World War II. 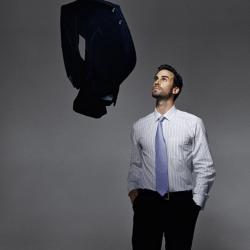