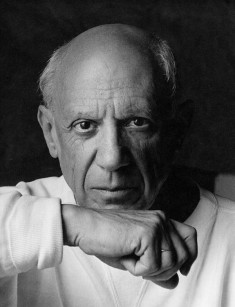 Pablo Picasso is a Spanish painter, the founder of cubism. In 2009 The Times named him the most famous artist of the 20th century.

The future genius was born on October 25, 1881, in the city of Málaga in the Andalusian region. Father José Ruiz was a painter. Ruiz did not become famous for his work, so he had to get a job of a curator at the local museum of fine art. Mother María Picasso y López belonged to the wealthy family of grape plantation owners, but from childhood, she felt the need, because her father left the family and moved to America.

The boy was very handsome and talented. At the age of 7, he began to help his father in drawing. At age 13, José allowed his son to paint an unfinished sketch and was very surprised by Pablo’s skills. Later, his father gave the boy all his materials and gave up painting.

The same year, the young man entered the Barcelona Academy of Art. It was difficult for Pablo to persuade the officials at the academy that he would be a worthy professional student. Three years later, the young student gained enough experience to transfer to Madrid's prestigious Real Academia de Bellas Artes de San Fernando, where he studied the techniques of Spanish artists Diego Velázquez, Francisco Goya, and El Greco for six months. There, Picasso created the painting The First Communion, Self-portrait, Portrait of the Artist's Mother.

The young painter failed to study at the institution due to his restive nature and frivolous life, so, having given up studies, Pablo began to live on his own. At that time, his close friend was also an obstinate American student, Carlos Casagemas. They often visited Paris.

Their first trips were devoted to the study of the painting by Delacroix, Toulouse-Lautrec, Vincent van Gogh, Gauguin, as well as ancient Phoenician, Egyptian frescoes, Japanese engravings. The young people made acquaintance not only with Bohemians but also with wealthy collectors.

At that time, Pablo began to sign his works with the pseudonym of Picasso, his mother's maiden name. In 1901, a tragedy happened that left an imprint on the artist's work. His friend Carlos committed suicide because of unrequited love. In memory of this event, Pablo created a series of paintings that usually belong to the first Blue Period.

The blue and grey colors of the pictures can be explained not only by the depressed state of the young man but also by the lack of money for the oil painting with other shades. Picasso created the works Portrait of the Poet Sabartes, The Meeting, The Tragedy, Old Jew and a Boy. All pictures are permeated with a sense of anxiety, despair, fear, and grief. The drawing technique had angular and frayed brushes, and the perspective drawing is replaced by flat figures that took on thickness and weight.

In 1904, despite the lack of money, Pablo Picasso decided to move to the capital of France, where new experiences and events awaited him. The move gave impetus to the second period of the artist's work, which is usually called "Rose." The place of Pablo Picasso’s residence influenced the optimistic mood of the paintings and their storyline greatly.

Many performers of Circus Medrano, located at the edge of Montmartre, were the artist’s models. For two years, he created a whole series of paintings The Actor, Seated Female Nude, Young Woman in a Shirt, Mother and Child, Acrobats, Family of Saltimbanques. In 1905, he painted the most significant canvas of this period Acrobat on a Ball. Eight years later, the Russian philanthropist, I. A. Morozov, acquired the painting and brought it to Russia. In 1948, he exhibited Acrobat on a Ball in the Pushkin Museum, where it is located nowadays.

The artist gradually changed the ordinary depiction of nature, developing modernism in his works using basic geometric shapes that showed the depicted object. Picasso developed a new direction intuitively when he created a portrait of his admirer and patron Gertrude Stein.

At the age of 28, Picasso created the picture Les Demoiselles d'Avignon, a proto-Cubist work. The portrait, which depicted beautiful nude women, received a massive wave of criticism, but Pablo Picasso continued to develop this direction.

Since 1908, he painted Cans and Bowls, Three Women, Woman with a Fan, Portrait of Ambroise Vollard, Factory in Horta de Sant Joan, Portrait of Fernande Olivier, Portrait of Daniel-Henry Kahnweiler, Still Life with Chair Caning, Bottle of Pernod, Violin and guitar. New works are characterized by the increase of the image size, approaching abstractionism. Finally, despite the notoriety, Pablo Picasso began to earn well because the new style pictures made a profit.

In 1917, Pablo Picasso had the opportunity to cooperate with the Serge Diaghilev's Ballets Russes. Jean Cocteau offered the master of ballet to take the Spanish artist as a scene painter and costume designer. To work there, Picasso moved to Rome, where he met his first wife, Olga Khokhlova, a Russian ballerina and the daughter of an expatriate officer.

The light period of life was reflected in the artist's work. For a while, Picasso moved from cubism and created some canvases in classical realism style. First of all, this is Portrait of Olga in the Armchair, Bathers, Two Women Running on the Beach, Portrait of Paul Picasso as a Child.

Pablo Picasso was tired of the life of a wealthy bourgeois, and later returned to his former bohemian lifestyle. The turning point was marked by the creation in 1925 of the first picture in a surrealistic style The Dance. Distorted figures of dancers, the feeling of pain were the artist’s painting characteristics for a long time.

Dissatisfaction with personal life was reflected in Picasso's misogynistic paintings The Mirror, Girl before a Mirror. In the 1930s, Pablo was interested in making sculptures. He created such works as Seated Woman, Man with a Lamb. One of the artist’s experiments was the illustrations and engravings for the books by Ovid and Aristophanes.

Pablo Picasso lived in Paris during the Spanish revolution and World War II. In 1937 the artist painted the picture Guernica in black and white on the order of the Spanish Government for the Paris International Exposition. A small town in northern Spain was utterly wiped out in the spring of 1937 by the Germans. The people's tragedy was reflected in the generalized characters of a deceased warrior, a bereft mother, the people who were cut to pieces. Picasso’s symbol of the war was a bull, Minotaur, with large indifferent eyes. Since 1992, the canvas has been exhibited in the Museum of Madrid.

In the late 1930s, he created the pictures Night Fishing at Antibes, The Weeping Woman. During the war, Picasso did not emigrate from Paris occupied by the German army. The artist continued to work even in poor living conditions. He depicted death and war in his paintings Still Life with Bull's Skull, The Serenade", Massacre and the sculpture Man with a Lamb.

The paintings of the postwar period depict the joy of life again. The colorful and bright images were rendered in the cycle of life-affirming pictures that Picasso created for a private collection in collaboration with artists Paloma and Claude.

Picasso’s favorite theme of this period was ancient Greek mythology. Not only the paintings of the master but also ceramics, his new passion, embodied it. In 1949, the artist painted the picture Dove of Peace for the World Congress of Intellectuals in Defense of Peace. The master also created works in the style of cubism based on the pictures by Velázquez, Goya, Manet.

From a young age, Picasso was always in love with anyone. In his youth, the models and dancers became the girlfriends and muses of the beginning artist. Young Pablo Picasso was in love for the first time while studying in Barcelona. The girl's name was Rosita del Oro, and she worked in a cabaret. In Madrid, the artist met Fernande, who was his faithful friend for several years. In Paris, the young man met slim Marcelle Humbert, known as Eva, but her sudden death separated the lovers.

When he worked in Rome with a Russian ballet troupe, Pablo Picasso met Olga Khokhlova. They married in a Russian church on the outskirts of Paris and then moved to a mansion on the beach. The woman's fortune, as well as Picasso’s income, allowed the family to live like the wealthy bourgeois. Three years after the wedding, Olga gave birth to their first son, Paulo.

Soon Picasso satiated of the good life and became a free artist again. He began living separately from his wife and dating a young girl, Marie-Thérèse Walter. In 1935, they had a daughter, Maya, but Picasso did not illegitimate her.

During the war, a Yugoslav citizen and photographer, Dora Maar, became the next muse of the master. She helped the artist to find new forms and content. Dora is known as the owner of an extensive collection of paintings by Picasso, which she kept until her death. It was Maar who documented the painting of Guernica.

After the war, the artist met Françoise Gilot, who brought joy in his work. They had children: son Claude and daughter Paloma. But in the early 1960s, Jacqueline left the master because of his constant betrayals. An ordinary saleswoman, Jacqueline Roque, who idolized Pablo and had a significant influence on his social circle, became the last muse and second official wife of the 80-year-old artist. 13 years after the death of Picasso, Jacqueline could not stand the separation and committed suicide.

In the 1960s, Picasso devoted his time to the creation of female portraits. The last wife, Jacqueline Roque, was the artist’s model. By the end of his life, Pablo Picasso already had a multi-million fortune and several mansions.

Three years before the death of the genius, the museum was opened and named after him in Barcelona, and 12 years after his death, the museum was founded in Paris. For his long creative biography, Picasso created 80 000 paintings, more than 1000 sculptures, collages, drawings, gravures.

On April 8, 1973, the heart of the 92-year-old genius stopped beating because of pulmonary edema. 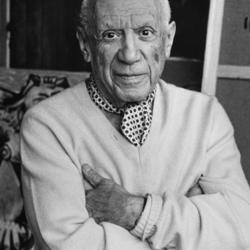