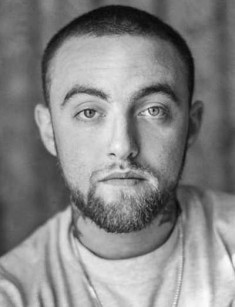 In 2018, the young generation of the rap culture suffered several great losses: XXXTentacion and Jimmy Wopo were shot on the same day in June, and Mac Miller, one of the most promising hip-hop artists of the 2010s, died in September. Miller’s life was tragic. He began to create music at 14; by 26, he had released five albums each of which reached the Billboard 200 top four.

Malcolm James McCormick was born on January 19, 1992, in Pittsburg, Pennsylvania, into the family of an architect Mark McCormick and photographer Karen Meyers. The father was Christian, and the mother was Jewish; the boy was brought up according to the Jewish traditions. He became a bar mitzvah and used to undergo the Ten Days of Repentance each year. Mac called himself “the coolest Jewish rapper.”

The boy grew up in Pittsburgh suburban area, Point Breeze, and attended Winchester Thurston and Taylor Allderdice schools. At the age of six, he started playing the piano; later, he learned how to play the guitar, bass guitar, and drums on his own.

When Mac Miller was a high-school student, he decided to concentrate on the rap career:

“Once I hit 15, I got real serious about it, and it changed my life completely... I used to be into sports, play all the sports, go to all the high school parties. But once I found out hip-hop is almost like a job, that's all I did.”

Malcolm has been dreaming of becoming a singer since the early childhood. At 14, he wanted to rap. The Pittsburgh youth knew him as EZ Mac. In 2007, the young man had the solo mixtape But My Mackin' Ain't Easy released; the song “How High” performed by the hip-hop group The Ill Spoken (Malcolm and his friend, Beedie) followed the next year.

In 2009, two new works came out: The Jukebox: Prelude to Class Clown and The High Life. The young man recorded all the tracks himself and used social networks to promote the albums: Facebook and later Twitter and Instagram. At the same period, Mac participated in the Pittsburgh rap battle Rhyme Calisthenics; he became one of the top four contestants.

The next year was marked with the breakthrough: Benjy Grinberg, the president of Rostrum Records (RR), met Malcolm at ID Labs when Wiz Khalifa’s new album was being recorded. Grinberg had heard a lot about the promising young musician and gave him some advice related to lyrics and music.

The RR president did not want to collaborate with the future rap star until Malcolm presented the fourth mixtape K.I.D.S. (Kickin’ Incredibly Dope Shit); the artist was inspired by Larry Clark’s 1995 movie Kids. Later, Grinberg emphasized in his interviews that Mac’s lyrics became more formed and his music proved to be mindful. By that moment, Malcolm had received several offers from record companies, but he preferred RR so that he did not have to move.

In August 2010, K.I.D.S. was rerecorded in the studio; the musician used his pseudonym “Mac Miller.” The mixtape was successful enough to make the concerts of the debuting Incredibly Dope Tour sold-out.

In March 2011, the fifth mixtape Best Day Ever was presented; more than a million users downloaded it. The song “Donald Trump” became a hit: it reached number 80 in Billboard Hot 100; the music video had 83 million views on YouTube.

On November 5, Mac Miller’s first album Blue Slide Park came out. Critics’ attitude was not too favorable: they believed the work was “hermetic.” However, the audience liked the music: 145 thousand copies were sold in the first week; 25 thousand were resold later. The album topped Billboard 200.

Two years later, in June 2013, the second studio album Watching Movies With the Sound Off was released; the musician called it “very introspective and very personal.” The title originated from the way the rapper worked: during the recording, he did not turn off the TV set in the studio and only muted it. The album became number three in Billboard 200; 102 thousand copies were sold in the first week.

The same year, Mac Miller founded the company REMember Music in memory of his deceased friend. Vince Staples’s mixtapes Odd Future and Stolen Youth were the first works presented by the label.

In January 2014, the rapper canceled the contract with Rostrum Records; in October, REMember Music signed the $10 million agreement with Warner Bros. Records. With these companies, the rapper had the third studio album GO:OD AM released in August 2015; it reached number four in Billboard 200.

The next year, in September 2016, the fourth studio album, The Divine Feminine, followed; Kendrick Lamar and Ariana Grande, Mac’s then girlfriend, contributed to it. The couple also recorded the song “My Favorite Part” and presented a romantic music video.

In August 2018, the album Swimming came out; it turned out to be the musician’s last work. The album is full of pessimistic tracks; the main song,

“Self Care,” contains the lines: “Somebody, save me from myself.”

At that period, the rapper was undergoing through the painful break-up with Ariana Grande and doing drugs. The album was number three in Billboard 200. Snoop Dogg whom Miller had met during the Scary Movie 5 shooting participated in the album recording.

Malcolm had an elder brother, Miller McCormick, who created the covers for Blue Slide Park and Watching Movies with the Sound. The latter work became the top album cover in 2013.

The rapper confessed he used purple drank (the mixture of two light drugs) in 2013, during the Macadelic Tour, when he tried to cope with stress. In November of the same year, he did the rehab course. The man told journalists about that experience:

“I'd rather be the corny white rapper than the drugged-out mess who can't even get out of his house. Overdosing is just not cool. You don't go down history because you overdose. You just die."

In August 2016, Mac Miller’s life was marked with a new relationship: he began to date the singer Ariana Grande. The couple admitted they had been seeing each other at middle school; it lasted for four years, until April 2013.

The world called Miller and Grande the most beautiful couple; the lovers look incredibly happy in the pictures. The rapper devoted the album The Divine Feminine to his lover. This love promised to be long and strong, but the musicians split up in May 2018. Fans were bombarding Ariana with angry messages. In her turn, the woman posted on her Twitter:

“I am not a babysitter or a mother and no woman should feel that they need to be. I have cared for him [Miller] and tried to support his sobriety & prayed for his balance for years, but shaming / blaming women for a man's inability to keep his shit together is a very major problem.”

As the singer confessed, Miller began to use drugs again in 2018; it was the cause of the break-up, not its effect.

On September 7, 2018, at noon, Mac Miller’s friend called 911: the rapper could hardly perceive the reality and looked exhausted. His height was 170 cm., and his weight was only 50 kg. The young man died before the paramedics arrived. Drug overdose was probably the cause of his death; the musician was 26 years old.

Mac Miller’s grave is located in Homewood Cemetery in Pittsburgh. The funeral ceremony was held according to Jewish traditions. 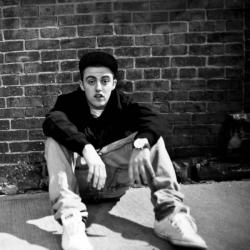