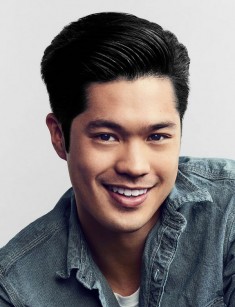 Ross Butler is an actor famous for the role in the series 13 Reasons Why. Today, he is a rising star of the American television and a talented young man with numerous fans.

Ross Fleming Butler was born in Singapore on May 17, 1990. His background is mixed: the father has British and Holland roots, and the mother is of the Chinese and Malaysian origin.

Butler is an American citizen: the mother moved to the United States. She brought up her son alone: the father left the family. The boy grew up and received the education in Fairfax, Virginia.

In 2008, Ross graduated from Langley High School and entered Ohio State University to study chemistry. However, the young man’s interest in science lasted for one year only. Butler dropped the university and moved to Los Angeles: he was determined to become an actor.

In Los Angeles, Butler took up acting classes. Two years later, he succeeded. In 2012, Ross got one of the lead roles in the low-budget movie The Gateway Lifetime. The project was not a success, yet the actor’s career began.

The short movie Work It Out followed. Soon, Ross was given a minor role in the series Major Crimes. The light comedy about children’s summer camp instructors Camp Sunshine was the actor’s next work. Although it was not popular, its IMDB rating is pretty high: 7,2.

2013 and 2014 were not marked with outstanding results. Although Ross participated in many low-budget movies, the audience did not like them. Only the role in an episode of the teen series Happyland was more or less successful.

In 2015, Butler’s career started improving. Not only the failing movie Hacker’s Game but also the successful musical Teen Beach 2 starring Ross Lynch came out. Although Butler’s role was secondary, he had enough screen time to be remembered by the audience.

Besides, in 2015, the actor appeared in an episode of the spy sitcom for teenagers K.C. Undercover. A young American star Zendaya played the lead part; Butler is the actress’s great fan.

The melodramatic series Chasing Life turned out to be the best project of 2015. The actor had a small role in three episodes; the series received critics’ positive reviews.

In 2016, Butler was invited to the successful, large project: the series Teen Wolf. Ross got the role of a lacrosse player Nathan Pierce in three episodes; Malia, one of the series main characters, used to date him.

The 2016 series Riverdale became the breakthrough moment that determined Ross’s further success. The series target audience was teenagers; the project proved to be immensely popular. Butler had a secondary role, but the character was colorful – and memorable. The audience fancied Reggie Mantle, the funny and light-minded guy. The role was going to become more significant in the second season, but, eventually, Charles Melton played this character.

Ross was extremely busy with the series 13 Reasons Why. This drama series was also intended for teenagers, like many Butler’s projects, but there was nothing funny there. 13 Reasons Why is the sad story about teenage cruelty, its causes, and consequences. The plot is based on the young woman’s suicide who blames all those involved before her death.

In comparison with Riverdale where the actor’s role was notable yet secondary, 13 Reasons Why gave Butler the change to take the lead part. Ross’s character, Zach Dempsey, is an ambiguous figure. On the one hand, he is a typical athlete, cocky and not very smart. On the other hand, there are many moments when Zach looks more complex than he seems: he is capable of having deep feelings.

There are no rumors about Ross Butler: not because the young man keeps secret his personal life, but because he has none. Initially, Butler admitted he did not want to have relationships and neglect his career. When the career improved, Ross still got no girlfriend.

The young man feels unhappy about it. On his Instagram page, he told his followers he was considering online dating. According to Ross, he saw no good in being single: the actor did not want to live in a company of 12 dogs only.

Ross Butler is a man of many talents, and he has numerous hobbies. The artist can play the acoustic guitar and sing; he prefers to listen to rap music, not melodic ballads.

The actor is a gym frequenter. The results are apparent: the young man can boast a well-sculptured body. Butler’s height is 191 cm., and his weight is 97 kg.

The actor is an avid gamer. At the same time, Butler seems to like reading as well: the photos in social networks prove it. The actor has a collection of Neil Gaiman’s graphic novels. He also collects unusual baseball caps.

The actor states that hobbies are the way to his heart. A girl interested in literature, music, and computer games will definitely attract the young man’s attention.

In 2018, the actor continued to star in 13 Reasons Why: it was the major project of the year. Besides, Butler appeared in the comedy Shazam! based on the comics about a boy with special talents: the main character can transform into an adult superhero.

As for the future plans, Ross says he does not want to follow stereotypes about Asian actors and play martial artists. His stage types are funny guys and sportsmen who have nothing to do with martial arts. 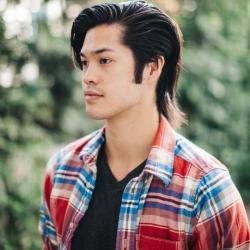