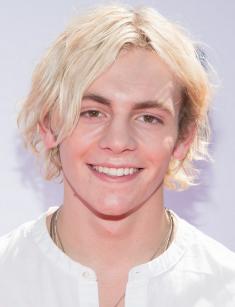 Ross Lynch is a young and talented American actor, musician and singer. The young man managed to become famous in three different spheres. Despite his young age, Ross’s biography has several successful series, and he could prove himself to be a gifted musician.

Ross Shor Lynch was born on December 29, 1995, in Littleton, Colorado. His sign of the Zodiac is Capricorn. The boy was given the middle name because he was born on the same day that his uncle Shor was. He is the second youngest of five siblings of Mark and Stormie Lynch.

The family has German, Irish, English and Danish ancestry. Music has always played an important role in Lynch’s life because his parents met at Elton John’s concert.

Since childhood, Ross learned to play the piano, guitar, and drums. After the fourth grade, the boy became home-schooled. When he was 12 years old, the family moved to Los Angeles to help Riker, Ross's older brother, to pursue his musical career.

Ross made his movie debut in 2009, and in 2011, he got the leading role in the Disney TV series Austin & Ally. The young actor played a teen singer, who became famous overnight thanks to the video on the Internet. Besides the leading role, Ross created soundtracks for the series having recorded more than 20 songs.

In 2013, Disney Channel invited the young man once again. This time it was a movie. The romantic musical comedy Teen Beach Movie became popular with viewers and critics. The soundtrack to the film debuted at number 3 on the Billboard 200 chart.

In 2017, the actor had the opportunity to play a completely different role. Ross, who had previously starred in Disney's romantic comedies, got the leading role in the TV series My Friend Dahmer. Lynch played young Jeffrey Dahmer, one of the worst serial killers in history. The actor coped with the task brilliantly, showing the character of a man who was slowly becoming a psychopath. On Rotten Tomatoes, the series earned a high rating of 87%.

At the same time, in May 2017, the comedy Status Update was released, starring Ross Lynch and Olivia Holt. In this film, the actor played a familiar role of a modern young man who always used his smartphone.

In 2009, Ross created the band R5 together with his brother Riker and sister Rydel, performing pop-rock songs. The first EP, Ready Set Rock, was recorded in 2010 and in September they signed a contract with Hollywood Records.

The second EP, Loud, was released on February 19, 2013, and a few months later the band recorded their first album Louder. The band's work was a success, and it turned out to be in demand. In the first week, 15 thousand copies were sold.

2014 was a significant year for R5 because they won the Radio Disney Music Awards for Best Music Group and Show Stopper Award.

Ross, his brother, and sister had the opportunity to appear in the musical series Violetta. The group R5 played themselves in the third season.

In 2015, The Lynches delighted their fans having recorded their second album Sometime Last Night, which placed high on the Billboard charts. On May 12, 2017, the band released a new EP, New Addictions. Later, the single “Hurts Good” appeared.

R5 members never complained about relationship problems, but all has its date. On February 1, 2018, the video with the significant title “The Last Show” appeared on the group's YouTube channel, and on March 1, the group’s Instagram and Twitter accounts changed their titles to The Driver Era. Now there are only Ross and his brother Riker in the new band.

The young actor does not live a solitary way of life, but he is trying to hide his personal life. However, there were no doubts about the sexual orientation of the young man. During the filming of the series Austin & Ally, fans thought that Ross had a love affair with his partner on the set, Laura Marano.

These rumors were not confirmed. Laura and Ross have repeatedly stated in interviews that they were just good friends. Nevertheless, Lynch admitted that their on-screen heroes had a strong connection. It fueled the speculations, making “Raura’s” fans (people nicknamed them so because they wanted to see the actors together) start new rumors.

There were rumors about Lynch's love affair with leading actress Morgan Larson during the filming of Teen Beach Movie, but these speculations were also not confirmed.

In 2015, the man said that model and actress Courtney Eaton was his girlfriend. The young people did not hide romantic relationships. Both stars often posted their photos on Instagram. They also appeared together on the red carpet during the events. However, in 2017, the couple announced the breakup, while Ross and Courtney confirmed that they remained friends.

Ross continues to develop his music career. The Driver Era performs at music festivals and has considerable success. The musician increases the number of musical instruments he can play. Now the young man is learning to play the violin.

Lynch's acting career also does not stand still. He starred in the TV series Chilling Adventures of Sabrina, the spin-off of the sitcom Sabrina, the Teenage Witch. The creators promise that it will not be a comedy, but a fantasy horror film. Ross got the role of Harvey Kinkle, one of the boyfriends of the title character.

In early 2018, Lynch debuted as a model. He showed three clothes images of the new Dolce & Gabbana collection.

As for his personal life, he has not dated anyone after separating with Courtney. Or, perhaps, he does not want people to know about his romantic relationship.