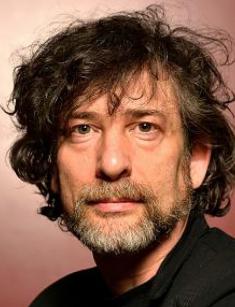 Some people believe that the age of great writers is gone and that in the era of post-industrial society it is really difficult to find works of a decent author. Indeed, the world has given humanity many talented writers whose names have passed through time and became immortal. Among these can be listed Mikhail Bulgakov, Anton Chekhov, Ernest Hemingway, Jack London, Arthur Conan Doyle, Franz Kafka, and other talented personalities.

But one should not forget that something exciting and fascinating can be found in a bookshop on the shelve of contemporary literature, not all the writers present to the public boring stories with the use of clichés.

For example, JK Rowling wrote “Harry Potter”, Boris Akunin came up with a novel of a new format “Azazel”, and Neil Gaiman has not only written remarkable works (“Stardust”, “American Gods”, “Norse Mythology”, “The Ocean at the End of the Lane”) but also became the author of comics and TV series.

Neil Gaiman was born on November 10, 1960. The writer's homeland is the city of Portchester; it is part of the borough of Fareham in Hampshire, England. This area can offer tourists many places of interest, for example, there is a house where Charles Dickens was born. Neil grew up and was raised in a family of Jewish origin. Gaiman's grandfather was a businessman; he became the owner of his own grocery chain store, where his son, Neils' father, worked.

By the way, the writer's parents were not connected with the creative field, but they had quite an interesting hobby - the study of the pseudo-scientific movement of Scientology. Neil's sister has made a success in this field and now works at the Church of Scientology of Los Angeles. Neil admitted that this movement, invented by Ronald Hubbard, can be called the religion of his family. However, about his faith he said the following:

"I think we can say that God exists in the DC Universe. I would not stand up and beat the drum for the existence of God in this universe. I don't know, I think there's probably a 50/50 chance. It doesn't really matter to me." But he also noted: "A writer should believe in what he writes. When I was writing American Gods, I believed in American gods".

Neil began to read at the age of four: instead of playing with toys, the little boy devoured books. When Gaiman was ten, he got his hands on Dennis Wheatley's occult fiction, which made a significant impact on him. John Tolkien was also among the boy's favorite authors: the child eagerly explored the magical world of the brave Hobbit and the wizard Gandalf.

Among other things, the boy met a talking lion, a witch, and children who got into adventures through a wardrobe (“The Chronicles of Narnia”, Clive Staples Lewis), as well as jumped into an imaginary world inhabited by a White Rabbit and a Cheshire Cat (“Alice's Adventures in Wonderland”, Lewis Carroll). When he got older, he began to read Arkady and Boris Strugatsky and “The Master and Margarita”.

It was the love of reading that helped Neil become almost the top student in the class. The thing is that when school textbooks were handed out, inquisitive Neil read everything from cover to cover, so he knew the things that would be in the curriculum in advance. But when his school years were coming to an end, the young man decided not to tie his fate with the University, and immediately got a reporter's job in a British publishing house.

Gaiman kept in memory all the books he had read in his childhood. Therefore, it is not surprising that Neil began to work in the fantasy genre, however, like Stephen King, he got addicted to horror. It's worth saying that Neil is a versatile writer. Gaiman has so many awards that surely they could not fit on one shelf. For his career-life, Neil got more than ten awards, including the Bram Stoker Award, the Carnegie Medal, the John Newbery Medal, the Locus Award and so on.

Few people know that the debut work of Gaiman was the biography of the British band Duran Duran, which was completed in 1984. But at first, Gaiman made himself known as a writer of comics and other graphic novels. He worked on one of the parts of “the Hellspawn” and also invented the Sandman. This series, published in 10 volumes in soft cover, won the World Fantasy Award.

The first major novel written by Gaiman was the book “Good Omens”, published in 1990. This humorous fantasy was written together with Terry Pratchett, who offered Neil to work on the project together after he had read Neil’s drafts. The book wittily tells readers about an angel and a demon trying to prevent the Apocalypse.

In 1996, Neil Gaiman became the author of an urban fantasy, which he entitled “Neverwhere”. The plot tells the story of a London worker Richard Mayhew, who under fortuitous circumstances meets a strange girl from a parallel world.

Later, in 1991-1997, Neil wrote a fairytale called “Stardust” (1998), which had everything that a fan of the supernatural would like: goblins, elves, ghosts, unicorns, and other magical creatures. In 1999, the book received the prestigious Mythopoeic Award, and in 2007, the director Matthew Vaughn adapted the Gaiman's novel into a film. Charlie Cox and Claire Danes were the leading actors in the movie.

In 2001, Neil Gaiman surprised literary critics and bookworms by publishing his main creation - “American gods”. This book contains the concepts of all the previous works of Neil. The book introduces to the readers an outsider named Shadow. The main character of the book gets out of prison and learns the terrible news, that his wife Laura and friend Robbie died in an accident.

On the edge of life, the Shadow tries to start over from scratch and get in touch with Mr. Wednesday, who is actually the God Odin. In the end, the protagonist learns that America is inhabited by the Old Gods, but because people do not believe in them, they have lost the power that they used to have. The primary goal of Odin is to collect all the Old Gods to fight with the New Gods - which are the Internet, mass media and other products of modern technologies. It is noteworthy that for this book Neil Gaiman received the Hugo Award (2002) and the Nebula Award (2002).

In 2002, a children's story “Coraline” came out and a high-grossing cartoon based on the book was released under the same title (directed by Henry Selick).

Six years later, Neil Gaiman wrote another children's book (“The Graveyard Book”), in his unique style of writing: the literary genius again gave his character an original name, this time he brings to the readers' attention a boy whose name is Nobody Owens. Parents of the main character get killed, and the boy is left alone: Nobody escapes because he crawls into a graveyard and hides from the criminals.

But the family of ghosts living near the graves cannot remain indifferent to the fate of the baby, so the spirits of Mr. and Mrs. Owens take care of Nobody. An extravagant vampire named Silas also looks after the baby. By the way, this idea came to Neil Gaiman spontaneously: one day he thought that he could write something similar to “The Jungle Book”, moving the scene to the eternal resting place.

Neil Gaiman published short story collections such as “Smoke and Mirrors” (1998), “Fragile Things” (2006), and also worked as a screenwriter of some famous TV series. He wrote the script for two episodes of the long-running series Doctor Who, and the movies Beowulf (2007) and Mirrormask (2005).

Neil does not like to share the details of his personal life with journalists, but according to the media, the master of words was married twice. He doesn't talk much about his first marriage with Mary McGrath, but it is known that together they had three children.

Neil's second wife is a singer and poet Amanda Palmer, who was in the musical duo the Dresden Dolls. Lovers got married in the winter of 2011, and in 2015 gave birth to their first-born son Anthony.

It is known that Neil Gaiman is a big fan of Twitter: on his official Twitter page, Neil shares the latest news and holds online-press-conferences, answering questions from subscribers.

Besides, Neil and the singer Tori Amos are on friendly terms. The writer became her daughter's godfather and dedicated a poem to the girl, which was included in the illustrated book.

The film world had pleased fans of the eccentric writer when in 2017, the series American gods aired on TV.

The creators of the series were Bryan Fuller, Michael Green, and the leading roles were played by Ricky Whittle, Emily Browning, Bruce Langley, Crispin Glover, and Ian McShane. According to some rumors, in the near future, Neil Gaiman will become a screenwriter for at least five more movies.

"You should also know that it would not be wise to begin your life with your boyfriend by arguing with his mother."

"It’s like the people who believe they’ll be happy if they go and live somewhere else, but who learn it doesn’t work that way. Wherever you go, you take yourself with you."

"They all do the same things. They may think their sins are original, but for the most part, they are petty and repetitive."

"Ideas are more difficult to kill than people, but they can be killed, in the end."

"What I say is, a town isn’t a town without a bookstore. It may call itself a town, but unless it’s got a bookstore, it knows it’s not foolin’ a soul."

"He had noticed that events were cowards: they didn’t occur singly, but instead they would run in packs and leap out at him all at once."

"Calling cats tends to be a rather overrated activity. Might as well call a whirlwind." 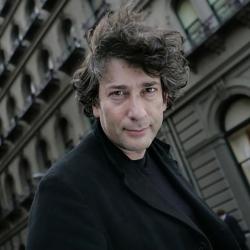