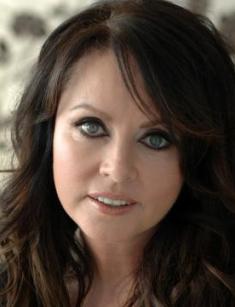 The singer Sarah Brightman has never attempted to catch people’s attention with cheap scandals and provocative behavior. It did not prevent her albums from becoming bestsellers; her concerts were triumphant. The vocalist’s sensitive voice color and touching lyrics helped the artist gain people’s love all over the world.

Sarah was born on August 14, 1960, into the family of real estate developer Grenville Geoffrey Brightman and his wife Paula. The family lived in Berkhamsted, the suburban area of London.

Brightman was engaged in art early: her mother was fond of ballet and theater before she married and took her daughter to Elmhurst Ballet School. The parents loved their girl deeply, but it did not make the would-be singer capricious or wild. On the contrary, Sarah was used to a daily regimen: she attended ballet classes after school until eight p.m., then came back home, had dinner, and went to bed; she did her homework before classes.

At the age of eleven, the young talent entered a boarding school specializing in art. The atmosphere was different from home, and Brightman felt uncomfortable. She did not make friends with her peers and tried to run away from the unwelcoming place. Sarah succeeded once but then gave it up after a serious talk with her father: she did not want to contradict her parents.

As the woman confessed in her interviews, she always wanted to sing as a child, but going against her parents’ will was not an option for her.

Paula Brightman recognized her daughter’s talent only when Sarah turned 12 and performed a song from Alice in Wonderland on the school stage. Although the girl’s hair was messy, and she wore brackets, the audience was so mesmerized by her voice that gave her a standing ovation.

Finally, teachers realized they missed something significant. The next year, the talented student was sent to the auditions to the Piccadilly Theatre, where actors for John Schlesinger’s musical I and Albert were needed. The charming teenager received two parts: Queen Victoria’s daughter and a street tramp girl. That was the moment when Sarah realized: she wanted to devote her life to the stage.

The beginning artist spent another year in the boarding school and then transferred to the Arts Educational School; she could go there without having to separate from the family for a long time.

During the summer holidays, Brightman worked as a model. She could wear Woolworth jeans and high-fashion clothes the next day; her pictures appeared in Vogue. The young woman did not limit herself with dances: she took singing classes and learned how to play the guitar.

Although Brightman showed much interest in singing, everybody expected her to build a ballet career. However, Sarah was not accepted to The Royal Ballet.

Eventually, 16-year-old Sarah became the member of the popular dance group Pan's People; thousands of teenage girls dreamed of that. At some moment, this work stopped satisfying the ambitious woman, and she decided to change something. Fortunately, the choreographer Arlene Phillips was looking for dancers for the new dance troupe Hot Gossip.

When she collaborated with Hot Gossip, Sarah recorded several demo songs, one of which took the Ariola Hansa producer’s attention. The company wanted a suitable voice for Jeff Calvert’s single “I Lost My Heart to A Starship Trooper”, and Sarah was a perfect vocalist for that. The British audience immediately liked the composition.

In 1980, the artist saw an advertisement about Andrew Lloyd Webber’s new musical Cats. By that moment, Brightman had left the dance troupe and needed some money; she decided to try something new. “Extraordinary” people were welcomed there, and the woman was wearing green-and-blue clothes and had a Mohawk hairdo.

The eccentric woman was noticed. Several months later, Sarah gained a small role of Jemima; this name was changed for Syllabub on Broadway.

The singer played in Cats for a year and then received the lead part in Charles Strouse’s Nightingale. Critics’ favorable reviews sparkled the interest of Sarah’s former artistic director. Webber visited the musical and felt astonished. The next several years, Brightman was the composer’s muse.

To improve her skills, the artist took singing classes from one of the greatest tenors of the modern times, Plácido Domingo. In 1985, they collaborated on Requiem.

The 1986 musical The Phantom of the Opera brought the breakthrough. The singer was nicknamed “angel of music” – that was how the Opera Ghost called Christine.

In 1988, the singer presented a collection of English folk songs The Trees They Grow So High. This work was unnoticed, just like the following The Songs That Got Away (1989) and As I Came of Age (1990).

In 1992, the artist collaborated with José Carreras and performed “Amigos para Siempre”, the official anthem of the Olympic Games in Barcelona.

In 1997, Sarah became famous internationally thanks to the duet with the Italian tenor Andrea Bocelli. Their single “Time to Say Goodbye” topped music charts; more than 15 million copies were sold. The next album, Timeless (1997), was bestselling, too.

In 1998, Andrew Lloyd Webber celebrated his 50th birthday. The unique concert took place at the Royal Albert Hall in London: the songs from famous shows, such as Cats, Evita, Jesus Christ Superstar, and Aspects of Love, were performed there.

In the new century, Sarah continued to please her fans: the albums Harem (2003) with modern dance music echoes, Symphony (2008), and A Winter Symphony (2008). 2013 was marked with the music video “Adagio” and the album Dreamchaser. The next year, the woman had a solo part in Gregorian’s “Guide Me God”.

When the song “Lost My Heart to A Starship Trooper” topped music charts, the singer’s personal life changed dramatically. She met the manager of the German rock group Tangerine Dreams Andrew Graham-Stewart and began an affair with him. After a short period of courtship, the young people married; they spent four years together.

The composer Andrew Lloyd Webber caused the artist’s break-up. At that moment, he was known as the creator of the widely-discussed musicals Evita, Jesus Christ Superstar, and Joseph and the Amazing Technicolor Dreamcoat.

The man was married to a nice, mild-mannered woman, Sarah Jane Tudor Hugill, and had two kids: the daughter Imogen and the son Nicholas. However, he did not stay loyal to his wife.

In 1983, Sarah divorced with her first husband; Webber did the same in a while and immediately married the singer. Their wedding took place on March 22, 1984, on the composer’s birthday. The same day, his new musical Starlight Express was premiered.

The woman’s tours had negative consequences on her marriage; the media contributed to that by frequent articles about Sarah’s too close friendship with men. Andrew was equally “good”: he had a romance with Madeleine Gurdon. In July 1990, the couple announced their split-up.

“The angel of music” could fall in love with music creators only. There is no wonder that the composer Frank Peterson became her next boyfriend. They created the album Dive together; Fly followed in 1995. The same year, Sarah performed the song “A Question of Honor” at the beginning of the World Boxing Championships.

The famous singer continues to perform. In 2017, she had a large tour with Gregorian.

The celebrity often shares photos from concerts, presentations, and recording studios on her Instagram.