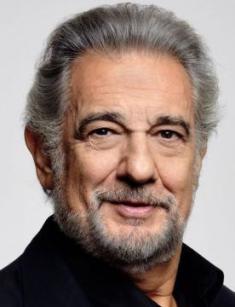 Plácido Domingo is one of the greatest tenors today; both critics and classical music lovers have recognized his genius. The rarest combination of a strong voice, immense charm, and incredible industriousness made the man an opera legend.

José Plácido Domingo Embil was born on January 21, 1941, in Madrid, Spain. The boy’s parents were zarzuela (the Spanish operetta variation) stars: Pepita Embil could boast her soprano while Plácido Domingo Ferrer had a splendid baritone. The child inherited his father’s prolific memory and mother’s natural charisma.

In 1949, the family moved from sunny Madrid to Mexico where Pepita and Plácido organized their own theater troupe.

Music is not Domingo’s only love. The father instilled the love of sports in his son, and the future opera singer played in a soccer team at school. Besides, the famous tenor loves bullfighting: the deathly battle between a bull and a matador has always made him emotional.

Domingo took up piano classes at the age of eight and entered the National Conservatory of Music in Mexico at 14. The singer often accompanied his mother at her solo concerts. Soon, the 16-year-old artist debuted in his parents’ troupe as a vocalist; he also had several performances in the zarzuela theater as a conductor.

In 1959, the son of the Mexican diplomat Manuel Aguilar organized Domingo’s audition at the Mexico National Opera. The young man selected two baritone arias and pleasantly surprised the commission with his nonstandard gift. However, Domingo’s voice was more like a tenor, and the singer was asked to perform Loris’s tenor aria “Love Forbids You” from Umberto Giordano’s Fedora. Although the artist was of out of tune for a while, he signed the contract with the Opera.

Plácido debuted on September 23, 1959, in Rigoletto with a minor party of Borsa. In 1960-1961, he collaborated with the opera elite Giuseppe Di Stefano and Manuel Ausensi. The artist received the roles of Remendado in Carmen, Spoletta in Tosca, Abbé and Incredibile in Andrea Chénier, Goro in Madama Butterfly, Gastone in La Traviata, and Pang in Turandot.

Soon, the musician performed at the Dallas Civic Opera, and spent three seasons in the Israel National Opera in Tel Aviv as a soloist; he received the necessary experience and expanded his repertoire with Nadir’s aria in Georges Bizet’s The Pearl Fishers.

Fall 1966 brought Plácido the new achievements: he joined the New York City Opera and performed many leading parts: Rodolfo in La bohème, Pinkerton in Madama Butterfly, and Hoffmann in Les Contes d'Hoffmann, and Canio in Pagliacci. The next year, the singer splendidly sang in Richard Wagner’s Lohengrin; it took him only three days to learn his difficult part. In 1968, Domingo debuted at the Metropolitan Opera in New York with Maurizio’s part in Adriana Lecouvreur by Francesco Cilea. The next 40 years, the artist would participate in every season there.

The new wave of fame came in 1990 when BBC used the aria “Nessun Dorma” by Luciano Pavarotti, Plácido Domingo, and José Carreras during the FIFA World Cup broadcast. The project The Three Tenors was so popular that the singers were giving concerts in Europe for several years; “Santa Lucia Luntana” and “O Sole Mio” were the audience’s favorite songs.

In July 2006, the FIFA World Cup closing concert was held in Berlin. Plácido Domingo, Anna Netrebko, Rolando Villazón, and The Berlin State Opera orchestra with the conductor Marco Armiliato participated in the event. The press called the TV broadcast the brightest event since The Three Tenors’ debut. One could hear arias and duets from Rossini’s, Verdi’s, and Massenet’s works.

In 2015, the famous tenor debuted as Macbeth in The Berlin State Opera.

Domingo’s albums were sold in millions and brought him eleven Grammys. He co-created four opera movies: La Traviata, Othello, Carmen, and Tosca. Besides, the artist received the Emmy Awards for the TV projects Hommage a Sevilla and Mets Silver Gala.

The musician has been included into Guinness World Records as the singer who enjoyed the longest round of applause: in 1991, Vienna was applauding him after Othello for 80 minutes. In addition, Domingo did an encore 101 times and opened 21 seasons in the Metropolitan Opera, breaking Enrico Caruso’s record (17 times).

Although Domingo’s characters are charming seducers and crafty homewreckers mostly, the man bears no resemblance to them. The singer has been married twice. In 1957, he married the pianist Ana María Guerra; the couple broke up a couple of months later. The son José was born in this union.

Plácido met his second wife, the soprano singer Marta Ornelas, as a conservatory student. Teachers expected the young woman to climb high in the opera world, but she preferred family to career. Before the couple married, Domingo had to earn respect from Marta’s parents: they wanted their daughter’s husband to be a reasonable, steady man. They would never approve of the young man living for the moment.

When Plácido would sing a serenade under Marta’s window, her father would call the police to humble him. According to the vocalist, officers never abused him and always allowed him to finish singing. Plácido did not give in and continued to court the object of his love; he gained the parents’ blessing eventually and married Marta in 1962.

The woman became a loyal partner who supported her husband in everything and made his living comfortable. After the marriage, the newlyweds moved from Mexico to Tel Aviv where Domingo worked as a soloist of the Israel National Opera.

In 1965, the spouses’ son, Plácido Domingo Jr., was born. The second son appeared in 1968; he was named Alvaro after the character of Giuseppe Verdi’s The Force of Destiny.

Marta and Plácido have spent more than half a century together; they have never parted.

Nowadays, the 78-year-old singer is not going to resign: he devotes himself to music as a vocalist and conductor and performs in largest European cities: Lisbon, Berlin, Vienna, Paris. Fans can learn the news about upcoming concerts on Domingo’s official website.

Plácido is a passionate fan of Real Madrid; the tenor performed the anthem to celebrate the club’s 100th birthday in 2002. In 2011, the president of the club Florentino Pérez awarded the artist the Medalla del Oro (Gold Medal). The tennis player Rafael Nadal and the former coach of the Spain national team Vicente del Bosque received it as well.

In June 2017, when the club surpassed Juventus and won the Champions League Cup, the musician personally congratulated the team and took a picture with them. One could see it on Plácido’s Instagram, as well as concert videos and personal photos.