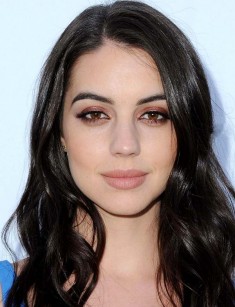 Adelaide Kane is an Australian actress who became famous for the roles of Cora Hale and Mary Stuart.

Adelaide was born on August 9, 1990, under the Leo star sign. The girl was born in Australia, in the city of Claremont. The father of the actress is Scottish and came from Glasgow, while her mother has Scottish, Irish and French ancestry. The parents divorced when Kane was seven years old. The mother and children stayed in Australia, and the father returned to England.

Adelaide is not the only child in the family; she has a brother, William. The actress says that in childhood she had communication problems with her peers, which did not prevent her from becoming famous. Kane has liked reading since childhood. She devoted a lot of time to books, but the girl was not particularly interested in communication with other children.

Adelaide still loves comics. Moreover, she drew inspiration for the role of Mary Stuart from Wonder Woman. In her youth, she worked as an animator, one of her images was the favorite heroine of comics.

At first, the artist attended St Hilda's Anglican School for Girls. The future star gladly participated in school plays and dreamed about roles in films. Adelaide’s intention to become an actress has changed the life of the whole family. At age 16, she got the first role in the famous Australian TV series Neighbours, winning a competition run by Dolly magazine.

Therefore, in 2006, the family moved to Melbourne, where the shooting took place. The debut role was successful, and the beginning star was noticed, which was a good start in the world of cinema. Critics praised the acting of the young actress in the TV series Neighbours, and in 2008 she was nominated for the Logie Awards.

The filmography of the actress includes more than one dozen projects. The young girl started an acting career in the series; then she received invitations to other projects. So, in 2009, she performed the role of Tenaya in the television project Power Rangers RPM.

It was followed by the role of Jade Ann James in the movie Secrets of the Mountain; in 2010 she was offered to play a girl, Charlie, in the TV series Pretty Tough. The experience allowed her to create a magnificent image of Cora Hale in the American TV series Teen Wolf. The actress got this role in 2012.

At the beginning of the acting career, Kane’s most important project was the role of the queen in the series Reign, in which she played with Torrance Coombs, Anna Popplewell. The series was shot in 2013.

The leading role in such a big project did not go unnoticed by critics. In 2014, Adelaide received the nomination for the Teen Choice Awards, and for the role of Mary Stuart, she won Outstanding Actress in a Drama Series Award at the Monte-Carlo Television Festival. It is interesting that Kane is a distant maternal relative of the Queen of Scots.

The shooting in Reign became a severe test for the actress; she lost 6 kilograms due to the constant wearing of a corset. For the sake of playing the role, she had to learn how to ride a horse well. If in the first three seasons of the series, scenes with horses were filmed with the use of a mechanical simulator, then in the fourth season, Adelaide could ride a horse at a gallop. The fact is that the actress is not good for height, and she had to overcome this phobia.

After Reign, her acting career began to develop rapidly, and Kane could not take part in all projects. For example, in 2015, the Australian actress refused the role of Brenda in the action movie Maze Runner: The Scorch Trials due to a busy schedule.

In 2017, the movie Can't Buy My Love was released, in which Ben Hollingsworth was Adelaide’s partner on the set.

The success of Reign has attracted the attention of viewers to the personal life of the actress. The media wrote about her love affair with a colleague on the series, Toby Regbo, but the woman does not confirm it. Although in an interview she doesn’t blame fans for the desire to see her and Toby as a real couple, the actors are only on-screen lovers.

Kane is an active blogger on social networks. Thus, fans can follow all changes in the personal life of their favorite actress. Her boyfriends were actors Connor Paolo, Gregg Sulkin and Sean Tyla. In 2013, the woman dated her colleague Ian Somerhalder, the couple even announced their engagement, but then broke up.

Kane is currently dating Joey Pauline, whom she met on November 11, 2016, and in 2017, the couple began their relationships. Adelaide regularly posts photos of her boyfriend on Instagram. The woman has a verified account, where she shares exciting events of her life and interesting things of the fashion world, photos of filming and traveling with her boyfriend. The actress travels a lot across Europe and considers Paris to be the most beautiful city in the world.

Now Kane lives in Los Angeles, California. She moved there in 2010.

The woman weighs only 50 kg with a height of 163 cm, but she considers cooking to be her favorite hobby. Everyone can watch her works on Snapchat. Another actress’s hobby is singing, and she wants to study it professionally and attends vocal classes. One of her "cute" hobbies is also knitting.

Although Adelaide mainly plays in series, in real life she prefers movies. She has a cat, Ranma, named after the beloved manga series Ranma ½. The actress is also very fond of the manga series Food Wars!: Shokugeki no Soma and Bleach. Her favorite computer game is Warcraft.

Kane plans to get a tattoo. Although the woman is afraid of needles, she wants to make her dream come true in the near future.

As for the career, the latest projects of 2018 are the roles of Ivy Belfrey and Drizella Tremaine in the seventh season of the popular series Once Upon a Time. 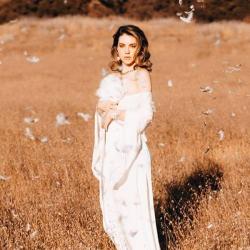