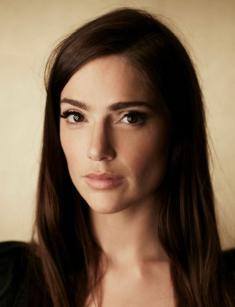 Janet Montgomery is a British actress known for popular Hollywood movies, such as Black Swan, The Space Between Us, and Romans. She appears in comedies, thrillers, and dramas and makes the audience admire with the sensitivity in her characters.

Janet Ruth Montgomery was born on October 29, 1985, in Bournemouth, Dorset, Great Britain. The future actress’s family was ordinary and had no connections or outstanding achievements in cinematography.

The little girl liked to dance and attract people’s attention; for this reason, she took an interest in choreography. The young woman entered the Stella Mann College of Performing Arts; she was one of the few who received a scholarship. Later, Montgomery went to London: she wanted her abilities to be noticed in the capital. At that time, she was engaged in dances and could hardly think of acting.

There was no sign that the young talent would choose this way: dancing was all she could think of. At the age of 12, Montgomery and her brother participated in the Short Change show. Soon, Janet debuted in the series Skins; she gained the first recognition and realized she was a success. Later on, the woman participated in a TV project and a short movie. When Janet tried everything in London, she decided to make her youth dream come true: she moved to Los Angeles.

The career of the beginning actress was marked with a take-off in 2009 when Janet Montgomery was invited to the project The Hills Run Red. The collaboration with the director Dave Parker was happy for the actress. In the course of time, Janet starred in Wrong Turn 3: Left for Dead. Both projects belonged to the horror and thriller genres; they allowed the artist to open up from the unusual perspective.

2009 brought the crime drama Accused at 17. It was the third large project of the year: apparently, the actress’s popularity was increasing. In 2010, she appeared in the thriller Dead Cert by Steven Lawson; critics did not appreciate it. The story about the opposition between gangsters and vampire businesspeople did not attract the audience as well; even Janet Montgomery’s lead role did not improve the situation.

In comparison, the scandalous movie Black Swan (2010) brought a success. The actress had the opportunity to collaborate with Vincent Cassel and Natalie Portman. This project marked a milestone in Montgomery’s career: the following projects were comedies and melodramas. In 2011, the actress appeared in Our Idiot Brother; 2014 was marked with the movie 10 Things I Hate About Life.

In 2016, the audience welcomed the movie Amateur Night; the actress personified a prostitute Nikki. The next year, Janet starred in the melodrama The Space Between Us by Peter Chelsom. In 2017, the movie Romans with Orlando Bloom was released.

Although the ratings were pretty high, the project was closed after the second season. Janet played a thief Ames close to the main character. At the same period, the woman joined the cast of the fantastic series Black Mirror that consisted of separate episodes.

In 2012, the series Made in Jersey came out; Janet received the lead role. Only two episodes about a lawyer Martina (Montgomery) were aired. The next year, the mini-series Spies of Warsaw was presented. The story is set in Poland in 1937. The actress plays Anna, a League of Nations lawyer, who has an affair with a German colonel.

The project Salem became an interesting experience for the artist. The series describes trials against witches in Massachusetts. In this universe, magicians exist among ordinary people; Janet played one of them. Her character lives in an old mansion. One day, she meets her ex-boyfriend who wants to get the woman’s love back.

Janet Montgomery has always been popular among men. In fall 2017, she started dating Joe Fox. There is no information about the couple’s official marriage, but, judging by the actress’s ring, it happened. Montgomery speaks warmly about her lover and calls him her best friend.

In November 2018, the actress and her husband announced that Janet was pregnant; according to the woman, it was unexpected for her, yet she viewed that event as the new chapter in her life.

When fans learned the exciting news, Janet posted a photo on her Instagram: she compared herself with an avocado. The artist is an active user of social networks and frequently shares the moments from her life. Besides, there is an official website about the actress.

The actress is popular in Hollywood and continues to participate in various projects. In 2018, Janet Montgomery appeared in the series The Romanoff's and New Amsterdam and the movie In a Relationship.

Today, the woman is busy with her family. Montgomery also keeps her fans informed with her social network pages where she posts the promo materials and photos from movie sets. 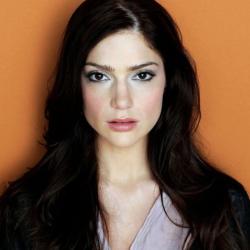