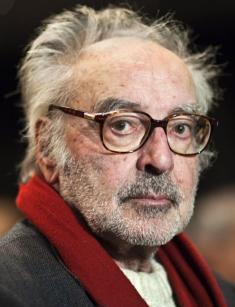 Jean-Luc Godard is an iconic French and Swiss director, one of the participants of the New Wave film movement. The films that he directed in the 1960s made an impact on the world film industry, particularly strongly influencing European cinematography.

Jean-Luc Godard was born in Paris on 3 December 1930. The future director was the second of four children. The boy's father who was a professional doctor had already lived in France for a while, as well as in Switzerland before the birth of his children. His mother came from an ancient dynasty of Monod, which dates back to the protestant churchman Adolphe Monod. Three years after the birth of Jean-Luc, his father found a place in a Swiss clinic, and the family left France. Godard received his primary education in Nyon.

In his youth, Jean-Luc took an interest in sports, especially in football, basketball, and skiing. Another crucial moment of the director's childhood and adolescence was Protestantism - his family was religious.

He struggled through puberty: Godard, despite the wealthiness of his family, began to steal. The habit grew into a painful obsession, and the boy started to steal even from his family and friends. When they found out, Jean-Luc was 17 years old, and the family didn't approve of this "passion."

In 1946, the young man moved to Paris, where he continued his education at the Lycée Buffon. Family connections helped him to become a part of the French cultural elite, during that period Godard lodged with the writer Jean Schlumberger. Having failed his baccalaureate exam in 1948 Jean-Luc returned to Switzerland, where he settled in Lausanne together with his parents.

At that time, the older sister taught the young man to draw, and Godard enthusiastically began to paint in an abstract style. A year later, the young man returned to Paris, where he finally managed to get his bachelor's degree. It was during this period of his biography when cinematography became part of his life. Young film critics who met at the ciné-clubs became Godard's new friends.

Godard became part of a generation for whom films had a special meaning. According to his words, in the 1950s movies were as crucial as bread, and his peers thought that films would become a learning tool, like a microscope or a telescope. First, Jean-Luc took an interest in film criticism. He even founded "Gazette du cinéma" magazine together with Maurice Schérer and published five issued. At this time Godard wasn't making films - he was a viewer who wrote about them and helped shooting them.

In autumn 1952 Jean-Luc left France and came back to Switzerland to his mother - by this time his parents' marriage had fallen apart. During this period he became friends with his mother's lover who worked on the Grande Dixence Dam, and through him, Godard got a job there as a construction worker. Then Godard decided to make a documentary about the dam. In 1954, the company that administered the dam bought the film Operation concrete which was shot on a 35-millimeter film to use it for publicity purposes later. After that, Godard was making short films right up to 1960.

In 1960, Jean-Luc released his first feature-length film Breathless starring Jean-Paul Belmondo, which became one of the "New Wave" movies. The film combined various elements of the current culture in those years, the genre features of Noir in particular.

From this period Godard begins to include references to his colleagues' works in his films. In Breathless, for example, there can be seen a poster of The Harder They Fall movie starring Humphrey Bogart. Also, some visual quotes from Ingmar Berman's, Fritz Lang's and other directors' movies can be found in the film.

Another movie by Godard of 1960, The Little Soldier, was banned for censorship at first and saw the light only in 1963. The film which rigidly and truthfully told the story about the war in Algeria was accused of excessive detailing the scenes of violence. However, there are suggestions that the reason for the ban was the unsightly display of France and its role in the Algerian war.

An aspiring Franco-German actress Anna Karina played the lead female role in The Little Soldier. The director used the girl's inexperience in front of the cameras to make the film even more realistic. Working together led to the start of an affair between Jean-Luc and Anna Karina by the end of filming.

In 1963, Godard shot his most commercially successful film - Contempt, with the main star of French cinematography, Brigitte Bardot, in the lead role. The picture was recognized as the pinnacle of modernism in cinematography. The next year for Jean-Luc was marked by the release of Band of Outsiders movie, which Godard himself in an interview described as:

After that, in 1965, the director shot Alphaville, a fantastic Noir dystopia that raises the issues of totalitarian power and illuminates the downsides of technocracy.

In the Wake of social changes in the world community, Jean-Luc Godard began to touch upon the political issues. In 1967 he shot the movie The Chinese, which, not being the most famous film of the director, is considered one of the best in his filmography. The film is a free adaptation of the novel by Fyodor Dostoevsky Demons, and it tries to rethink the teachings of Mao Zedong artistically.

By 1980, leaving the political and social topics, Jean-Luc returned to neutral cinema and creativity for the sake of art. During this period, such movies as Every Man for Himself, Passion and another experimental film adaptation of Shakespeare's King Lear were shot.

In ten years - from 1988 to 1998 - Godard created what is perhaps the most full and monumental work of his: documentary series Histoire(s) du cinéma.

In 2004, the social issues returned to the director's art once again – Jean-Luc shot the film Notre musique, dedicated to the Arab-Israeli conflict and the topic of modern wars in general. The fact that the motion picture consists of three parts, named as in Divine Comedy: Hell, Purgatory and Paradise makes up the stylistic feature of the film. And Paradise looks like the coast which is constantly patrolled by the US Marines.

The 2010s is a period of experimentation in Godard's work. The director was awarded The Grand Prix of the Cannes Film Festival for his 3-D movie Goodbye to Language. Three years before, Jean-Luc was awarded an Honorary Oscar for his contributions to the motion picture industry.

The personal life of the director has always been under the close eye of the press and the public. Godard first wife was Anna Karina, and their creative union led to making the most popular films of Jean-Luc. In the 1960s, Karina and Godard were considered one of the most famous couples of the film industry, photos of the two regularly appeared in the press. After their divorce, the couple stopped communicating.

In 1967, on the set of The Chinese Jean-Luc met Anne Wiazemsky, the actress who was the granddaughter of a well-known French writer, François Mauriac. Their marriage lasted until 1979 and also ended in divorce. The director has no children.

In the early '80s, Godard met with Anne-Marie Miéville who can be called his third wife, even if they didn't hold an official marriage ceremony. Like all the women who touched the life of Jean-Luc, Anne-Marie is from the film industry - she is a director, and she has regularly helped Godard with his work.

Godard's political and personal views have also repeatedly attracted the attention of journalists, the public and colleagues. Since the 1970s, Jean-Luc has taken a Pro-Palestinian position, which was reflected in his movies Notre musique and Here and Elsewhere.

In May 2018 the director joined the boycott of the Israeli film festival. Godard denies the Holocaust, and in 1978 admitted that his family openly approved of the Nazis. Jean-Luc said about his grandfather that he was an anti-Semite, and expressed his own opinion about the state of Israel by calling the country

"A cancer on the map of the Middle East."

Godard's support of the disgraced director Roman Polanski who was arrested in 2009 on charges of rape of 13-year-old Samantha Geimer was also considered questionable.

Now the director continues his creative work, despite his age - in 2018 Godard celebrated his 88th birthday. And soon after that, Jean-Luc was almost "buried" - false information about the death of the director spread around the Internet.

Later it turned out that a Twitter account, well-stylized as the official page of the Swiss Federal Office of Culture, belonged to the scandalous Italian Tommaso Debenedetti who previously repeatedly had published false statements on behalf of famous personalities. 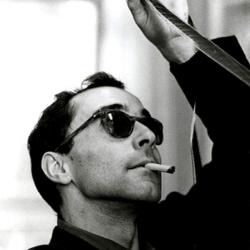