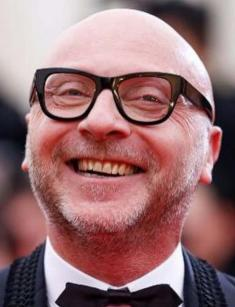 Domenico Dolce is a fashion designer and the co-founder of the Dolce & Gabbana luxury fashion house. His life is connected with the fashion world and beautiful clothes. He has dedicated his whole life to learn how to create luxury clothes. D&G is known all over the world and the most faked brand.

Dolce was born in Polizzi Generosa, Sicily, on October 13, 1958. Domenico got to know fashion world from early years. His father, Alfonso Dolce, had a tailor workshop and his mother worked in a lingerie store. Although the family ran the business, its revenue was rather small. Domenico and his brother didn’t get new toys, and his mother wore old husband’s clothes at home. Nevertheless, the family was friendly and didn’t have any conflicts.

At the age of six, the boy started developing sewing skills. Dolls the boy made costumes for were his first models. During a short period of time, he became a perfect tailor. By the end of his school studies, he could sew sleeves on the jacket in complete darkness.

Domenico Dolce studied at the art college in Palermo. After the graduation, he entered the fashion design school Istituto Marangoni, where he studied design and fashion. As soon as he finished the studies there, Dolce got a job as an assistant in a sewing workshop. From that time, the life of this young man had radically changed.

Dolce made success in the career after his acquaintance with Stefano Gabbana. In 1982, they founded the studio which specialized in fashion advice. Men worked under their own names first and then created the legendary brand Dolce & Gabbana.

In 1985, fashion designers presented women clothes at the Milano Collezione show. From that moment, the brand received worldwide fame. The audience appreciated brilliant designer decisions, and critics gave positive reviews about the costumes those two created.

In 1988 Domenico and Stefano produced the line of glamorous women clothes which was appreciated new collection as it wasn't typical for casual clothes. The main elements were corsets, stockings, and shirts. This decision allowed women to feel sexy and charming. The work of young masters drew the attention of actress Isabella Rossellini who became the first famous fan of Dolce & Gabbana.

In 1990, Domenico and Stefano released the first menswear line. The clothes were sexy and mixed with Italian classical style. The costumes drew the attention of such musician as Sting. Later, the men began to sell their products worldwide. Designers opened brand showrooms in many countries. Later additions to the D&G line included accessories, bags, and perfume.

In 2009, Domenico and Stefan were convicted of tax evasion. Between 2004 and 2006, they transferred money to the account of a D&G subsidiary company, Gado, based in Luxembourg. The overall sum of evaded revenues was estimated at €249 million.

In 4 years, the court found the business partners guilty. Each of them was obliged to pay a fine in the amount of €500 thousand and also sentenced to 16 months suspended sentence in prison. The men managed to get away from the suspended sentence as the Italian law imposed home arrest and community service instead.

In March 2013, Domenico Dolce got in the list of richest people in the world according to Forbes and took the 736th place out of 1000. His net worth was estimated at approximately $2 billion. Dolce was the 11th richest person in Italy.

The personal life of Domenico had been hidden from the public eye for 15 years. In the youth, the designer started relationships with his colleague, Stefano Gabbana. They had similar interests. Both young men liked Barocco and the Italian cinema of the 60-es. Additionally, they both were of non-traditional sexual orientation.

In 2002, Domenico Dolce and Stefano Gabbana announced about their relationships. The designers wanted to adopt children, but the Italian legislation didn't allow to do that. In 2004, the pair broke up, but it didn't influence their business relationship anyhow. The men continued to share the same house but lived in different rooms. Each of them had got a new partner.

In 2015, Domenico Dolce got a new boyfriend, that’s Guilherme Siqueira, a Brazilian football player. The couple didn’t reveal much detail about their relationships, but photos from Instagram spoke for themselves, and everyone understood that.

Now, Domenico Dolce together with his colleague, Stefano, is getting ready for the release of the new spring/summer 2019 season. The costumes are of Sicilian style, and every woman can find something to her taste.

Domenico Dolce is in good shape, although he is over 60 already. A man looks young and wears clothes that accentuate the figure. The weight of the designer is 158 lbs, and the height is approximately 5’6’’. 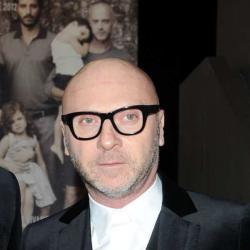