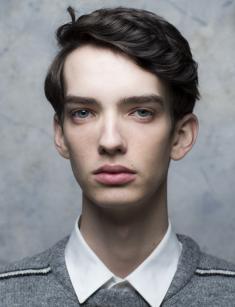 Kodi Smit-McPhee is a famous young actor from Australia who portrayed one of the X-Men, Nightcrawler, brilliantly. He managed to win viewers’ hearts and several film awards.

The full name of the young man is Kodi Andrew Johan Smit. To create the stage name, he combined the surnames of his parents, mother Sonja Smit and father Andy McPhee, an actor and professional wrestler.

The boy was born on June 13, 1996, in the Australian city of Adelaide and was the youngest child in the family. His sister Sianoa Smit-McPhee is a famous singer in Australia, and she is also an actress.

Kodi is of mixed descent. He has English and Scottish ancestry.

The boy first went on the stage at the age of 9. In 2005, Smit-McPhee participated in the production of the Walkabout Theater.

Kodi made his movie debut at the age of 10, playing a small role in the movie Stranded. Then, the boy appeared in several films, as well as the series Nightmares and Dreamscapes: From the Stories of Stephen King.

The actor made a real breakthrough in his career when he played Raimond in the film Romulus, My Father. For this role, the aspiring actor won the 2007 AFI Award for Best Young Actor. In 2008, McPhee’s acting in this film garnered him the Film Critics Circle of Australia Awards, and in 2009 the Young Artist Award, which he received in the United States.

The next work was the drama The Road showing the post-apocalyptical world. The boy's partner on the set was Viggo Mortensen. The characters of father and son, who are struggling to survive on the dying planet, received positive reviews from film critics. On Rotten Tomatoes, the film still has a rather high rating of 75%.

Few people know that The Road prevented Kodi from joining the cast of X-Men. In 2009, the boy auditioned for the role of young Logan in the film X-Men Origins: Wolverine, but the movies were shot at the same time, and he had to choose.

In 2010, the young man appeared in the film, which brought him another prize. Although the genre of the vampire movie was unpopular with critics, viewers liked the new project Let Me In. Kodi and his partner on the set, Chloë Grace Moretz, showed a realistic story of the difficult teenage relationships of lost and frightened children brilliantly. For his role of Owen, Smit-McPhee won the Phoenix Film Critics Society Award for Best Performance by a Youth (Male).

In 2013, the young man tried himself as a voice actor, voicing the title character in the Oscar-nominated cartoon Daddy, I'm a Zombie. Moreover, the same year, Kodi appeared in another film adaptation of Shakespeare’s classic tragedy Romeo & Juliet.

Kodi included in his credentials the role of Benvolio, the cousin and close friend of Romeo. This small role is essential not only for the plot of the play but also for his acting career because the participation in Shakespeare’s plays is still a serious test of acting skills.

In 2014, Kodi got a role in the box office blockbuster again. The young man starred in the film Dawn of the Planet of the Apes, a continuation of the famous film series. For this work, he was nominated for the Saturn Award for Best Performance by a Younger Actor, but Mackenzie Foy won the prize for her role in Interstellar.

In 2016 the actor made his next breakthrough. Kodi was cast in the role of Nightcrawler in the film X-Men: Apocalypse. The participation in the installment of the famous franchise attracted increased attention of fans of the X-Men and ordinary viewers. The young man’s acting was highly praised, and Kodi got a role in the next film of the series Dark Phoenix.

Before Dark Phoenix was released, the actor had starred in a film that mesmerized with its visual effects. The movie Alpha, where Kodi plays the leading role, tells about the prehistoric world, and Smit-McPhee not only participated in the domestication of the wolf but also showed the real friendship between man and animal.

In 2018, attentive viewers could see Kodi in Deadpool 2. The actor played a cameo role of Nightcrawler, but the scene with his participation lasted a few seconds, and his name was not even mentioned in the credits.

In 2007, Kodi's family moved to Los Angeles to develop the boy's acting career.

The celebrity has no wife and children, but since 2014, the young man has been dating his long-time girlfriend Rebecca Phillipou, and Kodi does not hide this part of his personal life. The couple has repeatedly appeared together at official events and even on the red carpet.

Nowadays Kodi is shooting in the X-Men film series, and he does not have time for other projects.

He lives in Los Angeles, and his friend is actor Garrett Backstrom. 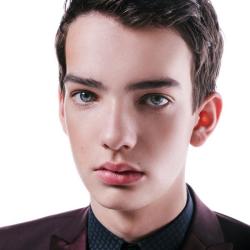