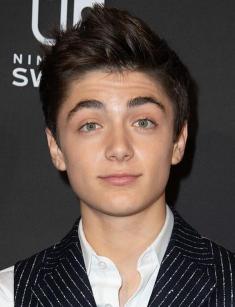 Similar to many child actors, Asher Angel began his career at Disney channel. Television could have become the young talent’s priority. However, in 2017, the creators of the movie Shazam! based on DC comics noticed the artist and opened the road to Hollywood for him.

Asher Angel was born on September 6, 2002, in Paradise Valley, the wealthiest municipality of Arizona. The boy was the first child in the family of Jody and Coco Angel. Later, his brother Avi (January 10, 2006) and sister London (February 14, 2008) were born.

The younger children have followed in the footsteps of their mother: they have professional Instagram accounts. Although those pictures are of little artistic significance, some 200 000 people follow Avi and London.

Asher debuted in cinematography at the age of six: he played in the drama Jolene (2008) with Jessica Chastain. It is the story about a fly-away young woman who cannot be satisfied with one man. Almost all members of the family participated in this project. Asher personified Brad, one of the main character’s lovers, in his childhood. Avi, who had just been born, took the role of Brad at seven months; the boys’ mother, Coco, played the nanny who brought up the children in Hollywood.

Young Asher was excited by acting, and the mother promised to take him to Los Angeles if he played in 30 theater performances. The boy joined Desert Stages Theater in Scottsdale, Arizona and appeared in The Little Mermaid, Seussical, Mary Poppins, Into the Woods, and so on. The latter turned out to be the most challenging work: the role of the narrator implied that the actor had to memorize a lot of text.

In 2015, Asher’s talent was recognized: he won the National Youth as the best young actor and outstanding soloist.

The mother kept her promise. Asher’s career started developing: he participated in short movies Hate from a Distance (2014) and How do you do that Voodoo? (2015). Later on, Angel played in the series Nicky, Ricky, Dicky & Dawn (episode “Ballet and the Beasts”) and Criminal Minds: Beyond Borders (episode “De Los Inocentes”).

2016 brought one of the lead roles in Andi Mack on Disney channel. Asher’s character is Jonah Beck, a student at Jefferson Middle School and the captain of the school frisbee team. According to the actor, John is “the cool, sensitive, nice guy that everyone wants to be with and everyone wants to be friends with”.

The project raises the issues that every teenager has: the first love, bad grades, helicopter parents. At the same time, there are some rare moments: Bar Mitzvah, panic attacks, the switch of roles in the family. It is the story about Andi who learns on her 13th birthday that Bex, whom she always considered her sister, is her mother.

Andi Mack is the first Disney channel where a young character, the seventh-grade student Cyrus Goodman, is gay; for this reason, critics called the project ground-breaking. Andi Mack can boast high ratings among the 6-14-year-old audience.

In November 2017, it was announced that Asher Angel would play the lead role in the superhero movie Shazam! The comedy tells the story of the teenager Billy Batson who can transform into an adult man with superpowers by means of the keyword “Shazam”.

The movie is set two years after the events of Justice League Action (2016). The 14-year-old orphan Billy Batson moves to his seventh foster home and meets his disabled “brother” Freddy Freeman (Jack Dylan Grazer). Freddy loves comics and everything about superheroes.

One day, Billy finds a secret world in a subway car. An ancient magician gives the young man the opportunity to turn into a god-like adult superhero. With Freddy’s assistance, Billy has to understand what his powers are and how he can defeat the villain, Dr. Thaddeus Sivana.

Asher Angel is Jewish. On December 5, 2015, the young man became a bar mitzvah.

Asher spends his free time on music: he learns how to play the guitar, takes four singing lessons per week, and creates his own music. In Andi Mack, Angel performed his song “Being Around You”. Besides, the artist presented several singles on the Internet: “Chemistry”, “Getaway”, and “Snow Globe Wonderland”; there are music videos for the latter two. Asher is also fond of hip-hop.

Asher is a passionate dog lover; he has three dogs in his house in Paradise Valley.

It is early to talk about the actor’s significant relationships now: he is still young. Asher often posts pictures of the American actress Jenna Ortega who also appeared on Disney on his Instagram. However, the teenagers seem to be just good friends.

The young actor’s career is rapidly developing. In January 2019, the third season of Andi Mack was aired. There is no information if the fourth season will be created.

April 2019 will bring the most expected superhero movie Shazam! This project will bring many big opportunities for Angel: presentations, red carpets, photo sessions, and new roles. There is no wonder that the actor is looking forward to the premiere and mentions it on his Twitter. 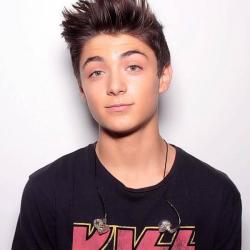