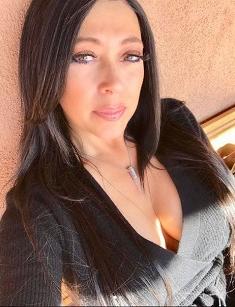 Elizabeth Woods is a mother of the famous American model Jordyn Woods. She works in such spheres as media and public relations, Elizabeth proved to be a good brand and talent manager. That’s why when her daughter decided to pursue the career as a model, Elizabeth steeped in as her manager.

Unfortunately, there is little information about her family and early ages. Elizabeth appears to be Caucasian or mix-raced.

Today Elizabeth is the runner of her PR agency. Besides managing the careers of her kids, Elizabeth collaborates with numerous young artists. Before Elizabeth found herself in management, she worked as a photographer and illustrator. Then she focused on building marketing strategies and development.

Thanks to her extensive experience as a marketing and PR consultant, she worked with marketing and branding for many professionals and individuals. Her strong side is meticulous attention and work ethic, which served her well and helped to earn and maintain the trust of clients and colleagues alike.

The Woods family had close relationships with families of celebrities, especially with the Kardashians and the family of Will Smith. Exact figures of her net worth are not revealed. She is active on Instagram, and always shares happened events with her subscribers. She looks very young, that’s why her older son said that she was born at the age of one year.

She has a tight bond with her daughter, Elizabeth and Jordyn consider themselves as best friends. Her husband was a television sound engineer, he separated from Elizabeth, and the rest of his family didn’t maintain the relationship with him before his terrible diagnose. In 2017 her husband died from cancer since those times the mother and the daughter became even closer. Besides the famous daughter, Jordyn, the brand manager, has got two sons and one more daughter. She manages their careers too, in gratitude, her son wrote about her in his Instagram he following:

“The best mother a person can dream of.”

Her older son is John Woods. He is a successful model whose career was built with the help of specialists working at Elizabeth’s company. The young man has a warm relationship with his mother.

The other son of Elizabeth has made a prolific career as an artist and tattoo master. He prefers to keep his private life secret and to share his works on social networks.

The youngest daughter is Jodie. She became an Instagram star who has more than 240k followers.

Jordyn Woods is the third child of Elizabeth, but the most popular one. As a teenager, Jordyn started to pursue the career of a model and gained first recognition. She is a plus-size model who weighs 172 pounds. At the beginning of her career, Jordyn worked on the model agency, but later she left it. Today Elizabeth’s company helps her to build her career. Besides, the girl gained international popularity thanks to her prominent friend, Kylie Jenner. The girls were so close that they lived together at the famous KUWTK home. But the scandal burst out between two girls when Jordyn allowed herself to have flirt with Kylie’s long-term partner and baby father. As a result, the girls fell out, and Jordyn moved out. Now the model spends much time with her mother and avoids pushy attention.