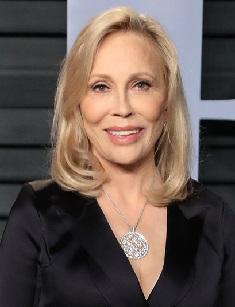 Faye Dunaway is an American actress, best known for her role in a crime film Bonnie and Clyde (1967). Throughout her glittering career, Faye has played many notable roles and is called the most beautiful actress of the 1970s.

Faye Dunaway was born in Bascom, Florida. Her father, John MacDowell Dunaway, was a career non-commissioned officer in the United States Army. Her mother, Grace April, was a housewife. Faye is not the only child in the family; she has a brother, whose name is MacDowell Dunaway.

Since her father was a military, Faye spent her childhood traveling throughout the United States and Europe.

She was a talented girl and was involved in many activities. She attended dance classes, tap, piano, and singing. Faye graduated from Leon High School in Tallahassee, Florida, and then continued her education at the University of Florida. She decided to evolve in acting, so she entered Boston University and finished it with a degree in theater.

Faye got her first starring role in Broadway production of A Man For All Seasons. It happened three years after graduating from college. She had a choice: to continue her studies or take part in the shooting. She chose a role in a play.

Dunaway started gaining prominence in the off-Broadway play Hogan's Goat, written by William Alfred. The writer had a huge impact on the actress's life, as she later said, “he became her mentor and spiritual advisor.”

In 1967, Faye starred in Warren Beatty's film Bonnie and Clyde as Bonnie Parker. This movie brought her the international recognition and an Academy Award nomination for Best Actress. Faye later spoke out about her attitude to the film. She said that the role of Bonnie was very close to her. Her role in this movie became a great success, and she stood in line with other Hollywood leading ladies.

Faye played other notable roles in cult movies like The Thomas Crown Affair (1968), Little Big Man (1970), and Chinatown (1974). In 1976, Dunaway won her first Oscar award for the role of an appalling and unprincipled television executive in satirical film Network.

In 1975, Dunaway appeared as a civilian abducted by a CIA agent, starring Robert Redford, in Three Days of the Condor.

She often performed complex and tough roles; her characters were strong-willed and obstinate women. One thing was obvious: Faye Dunaway was a beautiful and extremely talented actress.

Rather unexpectedly, Dunaway's career began to decline after her Oscar win. In 1976, she got a lead role in the movie, The Disappearance of Aimee, in which she co-starred with Bette Davis. After that, Faye took a break from work, as she had some problems with her personal life.

In 1981, she had her last movie with a widely viewed role called Mommie Dearest. In the film, she was given the part of Joan Crawford. While some critics gave positive reviews to her performance, the actress later admitted her regret in taking this role. Clips of Crawford screaming "No more wire hangers!" immediately turned into a mockery. She realized that this role became a part of her persona and she was afraid of never getting rid of the association with Joan Crawford.

Playing in "Mommie Dearest" obscured her following performances, including the title role as Eva Peron in the film Evita Peron (1981).

Faye was disappointed by the situation, and she moved to London with her second husband, Terry O'Neill. For the next few years, she occasionally appeared in films, but they did not bring much success to her.

In 1984, Faye was offered to take the role of Selena, the lead villain in the superhero movie Supergirl.

In 1987, she returned to the United States in hope to restart her career by starring in several independent dramas. She had a good response after her role in Barbet Schroeder's Barfly (1987). But it was almost the only prosperous role of that time.

She attempted to star at sitcom It Had to Be You (1993). However, this work was coldly received by the audience, and the producers decided to close the project.

To her happiness, Dunaway was given the role of a tempting murderess who was trying to impact on the imperturbable Lt. Columbo, played by Peter Falk, in the film Columbo (1993).

The 1990s brought her another surprise. As previously known, the actress had a complex nature. In 1994, Faye was fired from the show just before the opening of an L.A. stage production of Sunset Boulevard. When Andrew Lloyd Webber announced that her singing was not perfect, she sued for six million dollars. Unfortunately, she lost the money and the chance to appear in public.

In 2000, Faye showed up mostly in television and small independent features. She played in the 2002 dramedy The Rules of Attraction, and in the popular nighttime ABC TV series Alias in 2003.

Faye Dunaway received praise for the immense contribution to the development of the independent American films of the sixties and seventies. In 2014, she was invited as the guest of honor to appear in the Lumière Film Festival. At the festival, Dunaway was happy to give in gratitude to her audience an emotional speech, that ended with a standing ovation by a crowd of 5,000.

The hottest actress of 1970s got married twice, but she never suffered from a lack of men's attention.

In 1962, she began dating with stand-up comedian Lenny Bruce. Their relationship lasted for a year.

From 1967 to 1968, she had a romance with photographer Jerry Schatzberg. The duo decided to remain friends, and Faye even got a role in his first film, Puzzle of a Downfall Child (1970).

During the filming of A Place for Lovers (1968), the actress started a romance with an actor Marcello Mastroianni. But the problem was that Marcello was a married man. Despite the fact that the couple loved each other, the actor made up his mind to stay with his wife and refused to divorce. Faye left him, although she confessed that she wanted to stay with him.

In 1974, Dunaway was engaged to Peter Wolf, the lead singer of the music band. But due to frequent trips and separations, the duo made a decision to break up in 1979.

In 1983 Faye got married to the British photographer Terry O'Neill. One of his most well-known photographs is the picture of Faye Dunaway by the pool the morning after she won her Oscar. In 1980, she gave birth to a child, Liam Dunaway O'Neill. In 2003, Terry O'Neill unfolded the secret that Liam was adopted.

In 2016, Dunaway remarked in one of the interviews, speaking about her relationships with men, that from her point of view "it's important to have a partner," but she named herself "a loner," saying, that she prefered to be alone most of the time, focusing on work.

Faye Dunaway's net worth is estimated at $40 million.

In 2016, Faye took part at the TCM Classic Film Festival. She also hosted a screening of Network and participated in the talk with Ben Mankiewicz, in which she discussed her outstanding career.

In recent times, she starred in the Amazon series Hand of God and the horror film The Bye Bye Man (2017). In 2017, the icon made her final release, playing in a psychological thriller Inconceivable. The same year, Dunaway together with Warren Beatty appeared at the 89th Academy Awards, in celebration of the 50th anniversary of Bonnie and Clyde.

In 2018 Faye participated in Gucci's summer advertising campaign for their Sylvie handbag. It was announced that she would show up in a Broadway premiere in the summer of 2019. Faye is known to star as Katharine Hepburn in an updated version of Matthew Lombardo's one-woman play Tea at Five.