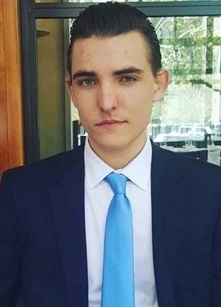 The blogger who used social media to spread lies and attract attention became an Internet phenomenon creating false news of the year. He repeatedly violated the law and paid penalties, but it hasn’t stopped him from continuing his controversial public activity.

The boy was born in California since childhood. He displayed outstanding abilities both in studying and sport. He was an athlete, played basketball and football for school teams. The teenager passed several economic courses online and decided to launch the investment fund when he was sixteen. His first clients were teachers, classmates, and parents. His success grew, and Jacob attracted much public attention as the youngest fund manager.

The businessman started his career from the founding of investment funds when he was a teenager. He hired models whose main aim was to attract the client’s attention and named them WohlGirls. He posted their photos on the Internet and sometimes did it without the model’s permission.

But his activity as an investor came under scrutiny when one of his clients applied for the organization NFA. The association banned the firm in 2017. During the investigation, NFA found that Wohl’s investment fund made, not lost money overall. He sent money for his mother’s account and made an unbalanced presentation of profit potential and risk of loss to clients. Wohl had misled his clients underlining that he had more than ten years of experience. If to believe his words, Wohl should have had the fund when he was ten years old. Wohl tried to hide from the investigators when they came to his home.

One of his partners was Matthew Johnson. In 2017 he was claimed for securities fraud by the other organization, which proved that he falsely represented risks and information about his activity. For example, Jacob told that the entrepreneur had more than 170 clients and had assets of $10 million. But the organization found that he had only 13 clients with assets of $ 500,000. He had to pay penalties of $5,000, and also he paid $32,000 in restitution. The entrepreneur denies all accusations.

In 2019 it was proved that Wohl and his partner violated the law and sold particular securities. One of their clients lost $75,000, and as a result, he died by suicide.

He is an exceptionally active blogger on social networks, especially on Twitter. He represents himself as a political and financial commentator. As a blogger, he supported Donald Trump and rose prominent conspiracy theories. He garnered about 175K followers and was retweeted by the President of the USA. He is also registered on Instagram. Recently the blogger was banned by Twitter.

Jacob tried to frame Democratic politicians for several times. First of all, he registered a false company in 2018. There were photographs of unrelated people on the website. Thus one of its “employees” was the actor Christopher Waltz; meanwhile, the Israeli model was presented as “a station chief in Tel Aviv.” The company attempted to frame the government official Robert Mueller. Besides, the company took money from people as a private investigation company and never met the commitments. As a result of his activity, he lost the job on the website The Gateway Pundit.

To frame politicians, Wohl created false accounts and tried to persuade people to make false accusations. He attempted to blacken Pete Buttigieg this way. The student, which Wohl and his partners used, named them chronic liars and denied to help them. In 2019 Wohl and his partners Laura Loomer and Jack Burkman held the press conference.

Numerous people expressed their neglection to Wohl’s attempt to blacken people. Thus, Ben Shapiro made several tweets; one of them is:

“Disgusting is the only word for this. Holy crap.” talking about Wohl’s accusation against Pete Buttigieg.

He tried manipulating elections using false claims too. More of his statements became counted as a lie and formed internet memes. For example, the blogger posted a tweet starting from the words “I just left hipster coffee shop…” and heard that liberals praised interactions between Trump and Putin. After this event, the phrase

In 2019 he tried to frame 70-year-old conservative activist Elizabeth Warren, the blogger claimed that there were relationships between Warren and 24-year-old marine. As a response the activist tweeted a subtle jab:

“It's always a good day to be reminded that I got where I am because a great education was available for $50 a semester at the University of Houston (go Cougars!). We need to cancel student debt and make college free for everyone who wants it.”

His father is an attorney, a political analyst who supports Trump and also has used false claims and theories of conspiracies. He defended his son publicly. The blogger had his YouTube channel where he rose the method of intrigue too. For example, he claimed that some of the biggest Hollywood stars are running and concealing a child sex trafficking ring. As a young entrepreneur, he earned a big fortune.

His net worth is about $5 million. He never shared his personal life, though there were rumors that Jacob was dating a model. In April 2019, Wohl’s bodyguard attracted media attention, the reporters mocked him, underlining that he matches Wohl perfectly.