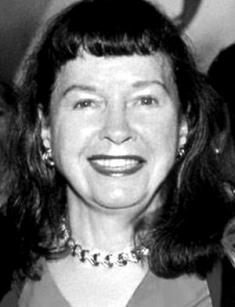 Bettie Mae Page was born on April 22, 1923, in the American city of Nashville, in the family of Walter Roy Page and Edna Mae Pirtle.

Childhood of the future model was spent under challenging conditions. Her mother never loved her and her father, by contrast, gave his eldest daughter indecent attentions. After the divorce of her parents, the 10-year-old girl had to face the responsibilities of caring for younger brothers and sisters and periodically live in a protestant orphanage.

Despite the difficulties, Bettie grew up the cheerful and open child. Like many girls, she was interested in the world of fashion and dreamed of becoming an actress. Page often played in movie stars together with her sisters, doing make-up and hairstyles, as well as hand-making dresses and costumes.

In 1940, Betty graduated from high school with honors and enrolled at George Peabody College, to become a teacher but a year later changed her mind and transferred to the course of acting. Having succeeded in her studies, Page received a Bachelor of Arts and began to search for acting work, traveling to the cities of America in 1944.

Page settled in New York, where met with the policeman Jerry Tibbs during a walk in 1950, who was an avid photographer. The officer persuaded the young girl to pose for the shooting in exchange for drawing up a portfolio. Bettie was interested and agreed. An interesting fact is that the amateur created the image of the conqueror of men's hearts, recommending her to change her hair and close her forehead with bangs.

Soon the aspiring model got a job in one of the glamorous institutions, where there were hidden studios under the signboard "Camera clubs," producing photos of explicit nature in unshamed and sometimes obscene poses. The liberated character and natural data of Page allowed her to win the reputation of the rising star quickly and to become one of the most seductive girls of America.

In 1951, the first photos of Bettie appeared in the magazines "Wink," "Titter," "Eyefull" and "Beauty Parade," in which Irving Klaw, the "Pin-up King, the merchant of sexploitation was interested. Page began to collaborate with the photographer, embodying the image of a femme fatale, dressed in underwear and high heels, playing out fetishistic scenarios of kidnapping, domination and punishment of slaves. She was 65 feet (166 cm) tall and she weighed 127 lbs (58 kg), Betty looked stunning in leather suits and sexy swimsuits on static pictures and short films of a piquant content.

In 1953, Page decided to pursue an acting career and was trained in the Herbert Berghof Studio, after which she played several roles on television and in Broadway theatres. Despite the growing popularity, Bettie did not stop cooperation with Klaw. In 1954-1955, she starred in the parody films Teaserama and Varietease, where she performed exotic dances in the company of famous strippers Lili St. Cyr and Tempest Storm.

In 1955, Bettie's photo appeared on the turn of the January issue of Playboy magazine. It was a famous picture of a naked model in a Christmas hat, kneeling in front of a Christmas tree, winking at the camera playfully. Then Page received the title "Queen of Pinups" and was known as "Dark Angel," or a vicious embodiment of Marilyn Monroe.

Another well-known series of photos of Bettie were the pictures, made by the pin-up-artist Bunny Yeager. The image of the model in a leopard swimsuit, surrounded by predators in nature, was a classic style and the visit card of the Queen of American hearts.

Page's career lasted until 1957 and then the star unexpectedly announced about her retirement from show business and turned to Christianity. Bettie explained her decision in an interview by the fact that God does not approve erotica and her naked pictures.

Despite a short modeling career and a small filmography, the image of Page is not lost among Hollywood beautiful girls. In 1980-1990, when the style of pin-up was reborn, celebrities such as Demi Moore, Madonna and Natalia Oreiro. And Mary Harron made a film biography The Notorious Bettie Page in 2005.

In the late 1990s – early 2000s, Bettie, who refused to communicate with journalists at the peak of popularity, gave several frank interviews but forbade to print her photos in old age.

Shortly before graduating from high school, Bettie met with a former member of the school sports team Billie Neal. The mother, who wanted to arrange the life of her daughter quickly, blessed this relationship and the young lovers married in 1943. Soon after the wedding, Neal was drafted into the army and the marriage broke up in 1947.

In the 1950s, Betty did not think about serious relationships, devoting to a career model and actress entirely. She met with the industrial designer Richard Arbib for a while but it lasted not long.

Only in 1958, after retiring from show business Page officially announced that in her personal life there was a man Armand Watson, who became the second husband of a celebrity. The couple lived together for five years and then divorced. After the breakup, Bettie returned to her hometown and met with her first husband briefly but she annulled the marriage a year later.

In 1967, the former model moved to Florida and met Harry Lear, who had three children from his first marriage. Page always dreamed of a big family but sexual harassment, experienced in her youth, deprived her of the joy of motherhood. Having married Lear, Betty took care of the family as best she could but her efforts were in vain.

The relations of the spouses recalled a polygon of hostilities because of the constant intervention of the ex-wife of Harry and the vagaries of the younger generation. After five years, Page left her husband and fell into despair and depression.

In 1978, the ex-model had a nervous breakdown, as a result of which she was in a psychiatric hospital with a diagnosis of "acute schizophrenia". After spending 20 months under the supervision of doctors, Page was not cured. The "Queen of Pinups" was placed in a state hospital for eight years after the attack on the homeowner and was released from supervision only in 1992.

Bettie's health was deteriorated dramatically in 2008. On December 6, Page had a heart attack, after which she fell into a coma. The doctors ' prognosis was disappointing and the family agreed to switch off the life support unit on 11 December 2008.

According to the friend and agent of the model Mark Roesler, Bettie died without pain, and the cause of untimely death was a heart attack.