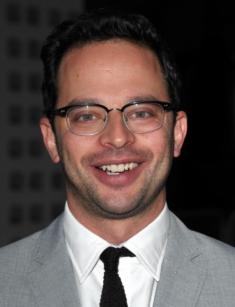 Nicholas Kroll is an actor, comedian, and writer. He is mostly known for his characters Gil Faizon in The Oh, Hello Show and Nick Birch in the Big Mouth (2017–present). Apart from cinematography, in 2005, Kroll co-wrote one book titled Bar Mitzvah Disco.

Nicholas Kroll was born in New York in 1978. His parents were Lynn and Jules Kroll, and the father was a businessman and a founder of Kroll, Inc. Nicholas is not the only child in the family; he also has a brother Jeremy and sisters, Vanessa and Dana.

Speaking about Kroll’s education, he attended the Solomon Schechter School of Westchester, Rye Country Day School and The Mountain School in Vermont. During his time at the last school, Nicholas found out about his love for hiking. After that, Kroll went to Georgetown University and studied history.

Kroll’s career started from writing for Chappelle's Show and Human Giant. In 2008, he went on tour with Aziz Ansari on his comedy tour in the United States. Three years after that, Nick’s stand-up Thank You Very Cool was aired on the Comedy Central channel. Besides, Kroll performed at the Upright Citizens Brigade Theater in New York and worked as a co-host of the show Welcome to Our Week.

First success as an actor, Kroll gained after the appearance in the sitcom Cavemen (2007–2008). After that, he was able to be seen on Parks and Recreation (2011), New Girl (2013) and Unbreakable Kimmy Schmidt (2015). Nick has worked with the Comedy Central a lot, so he starred in its various series like Reno 911! (2009), The Benson Interruption, etc. In 2009–2015, Kroll played the role of Rodney Ruxin in the comedy series The League. At the same time, he created and also starred in his own sketch series, Kroll Show, which was aired on Comedy Central in 2013–2015. For that project, Kroll was nominated for the People's Choice Award in 2015. Apart from that, Nick has voiced some characters, including Stu on the animated series The Life & Times of Tim and Andrew LeGustambos in the animated comedy series, Sit Down, Shut Up.

In 2017, an animated show for adults titled Big Mouth was released on Netflix. It was created and written by Kroll who also starred in it. By the way, two of the leading characters were based on Kroll himself and one of his close friends from childhood, Andrew Goldberg, who is now also a writer and producer.

Lately, Kroll has played some serious and non-comedic roles, for instance, Bernie Cohen in Loving and Rafi Eitan in Operation Finale, which are both drama films. Nick has a net worth of ‎$10 million which he got from his acting and writing career. Besides, Kroll holds a lot of comedic events and shows in the United States. This autumn, he will be seen in various towns, including Medford, which is near to Boston.

In 2016, Kroll created the comedy show called Oh, Hello together with John Mulaney. They both went on tour in the U. S. and depicted their characters, Gil Faizon and George St. Geegland respectively. Oh, Hello had a premiere on Broadway on September 2016, and then it was filmed and released by Netflix. The show was named like this because the characters have a tendency to say "Oh, hello" in unison.

At present, it is unknown whether Nick is dating someone or not. He never had a wife or kid, but he had some serious relationships. One of his most notable partners was Amy Poehler, an actress and also a comedian. They began dating in 2013, and they were seen holding hands in Cabo San Lucas, Mexico, where the couple went on Amy’s birthday. Unfortunately, their relationship ended in 2015.

Kroll is an active user of various social platforms such as Twitter and Facebook. By the way, he posts not only comedic posts here but some serious stuff too on multiple topics such as Elon Musk and his success, evolution of the whole world and so on.