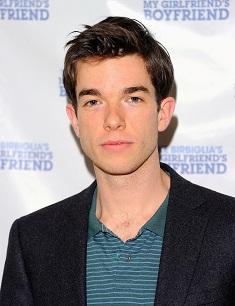 John Mulaney is an American comedian, famous for his writing for Saturday Night Live and multi-ple solo performances. One might consider getting a ticket to his show since for now Mulaney is unanimously considered to be one of the most prominent actors of this genre.

John Mulaney was born on the 26th of August, 1982, in Chicago, Illinois to Ellen and Charles Mulaney Jr. His mother, née Stanton, was occupied as a law professor in the local North-western University, and his father worked as a legal practitioner and was a partner in an internation-al law firm Skadden Arps.

His parents originated from Irish Catholic, and John also has 1/8 German descent.

Mulaney’s ancestors played a significant role in political life of U.S. Ellen’s grandfather, George J. Bates, was a Massachusetts representative in the lower chamber of the United States Congress and also a mayor of Salem, which is known as the City of Witches. His son, William H. Bates, was a lieutenant commander in the Navy and replaced his father in the United States House of Representatives.

Mulaney was raised among four siblings but experienced a bereavement losing his younger brother. He also confessed that he took his brother’s middle name, Martin, as his confirmation one. John was an altar boy for four years and joyfully remembers this time.

He realized that he would be a comedian in the age of five; however, he told his first joke, involving a sex therapist, at the age of four. As a little boy, Mulaney enjoyed watching the 1950s programme I Love Lucy and tried to recreate an image of the character Ricky Ricardo, who acted as a straight man. This stereotypical character of a double act is supposed to stay adamant and ear-nest, while his buddy keeps getting in ridiculous situations.

Mulaney’s life might have been different if his parents would let him go on an audition for the leading role in Home Alone. Eventually, the role of Kevin was played by Macaulay Culkin, and Mulaney got into show business, as it was what he dreamt of.

John was put into St. Clement School, which is a Catholic school, but even there he tried to unleash his potential, teaming up with his best friend John O’Brien in a rejection of making reports. They prepared short skits instead and tried to perform in class.

He continued education in St. Ignatius College Prep, a Jesuit school, that differed a lot from his former institution. Graduating at the of 18, he enrolled at Georgetown University in order to maintain his parents’ tradition. So, he left home in 2000 and never actually returned to Chicago.

Although in Georgetown his major was English Literature and Religion, Mulaney had time to attend the Players Improv Troupe, where he met two other brilliant comedians, Nick Kroll, and Mike Birbiglia.

In the beginning, Mulaney was equally ambitious and inexperienced, which he realized, so he started gaining confidence on stage while accompanying Birbiglia on his tour.

In 2004 the young man settled down in New York and began looking for a job in the come-dy industry. Eventually, he got the position of an office assistant at Comedy Central, a TV channel specializing in broadcasting stand-up episodes and full-length comedy movies.

Later Mulaney occasionally worked as a host on the show Best Week Ever, which was made in the format of series covering events of every week. Each episode analyzed rumors, gossips, news in music and entertainment sphere and was anchored by a comedian.

In 2008 John Mulaney attended an audition for Saturday Night Live, and that was it. The talented comedian transformed into a brilliant writer and took his place in the writing crew of SNL. Nick Kroll and T.J. Miller also took part in the audition that year, but it turned out that these two were better on stage than behind the scenes.

However, Mulaney couldn’t lose his acting skills since he was involved in performing in Weekend Update, a regular segment of any episode of SNL.

The new-born writer alongside with Bill Hader held credits for creating Stefon, a recurring character on SNL. It is an eccentric young man who knows every odd place in NYC and tries to keep the audience updated too. Stefon came to this world as a mix of details noticed in other people and proved to be loved by the viewers. Mulaney also had an idea of dedicating the whole film to his character, but unfortunately, it remained on the writing stage.

Although Mulaney wasn’t a cast member, he had an opportunity to host two issues of SNL a couple of years after he left the show. That is pretty noticeable since only three more writers had the honor to do so. Overall he spent five years (2008-2013) on SNL as part of the writing team, and he was acquainted of how the show should be running. This fact was Mulaney’s advantage when in 2019 he was compared to other one-time hosts. His performance appeared to be much more logical and balanced.

John Mulaney kept himself busy not only with SNL. Very soon he realized that he had to perform live and made a lot of appearances on well-known shows such as Conan, Jimmy Kimmel Live, Late Night With Jimmy Fallon, and some others. He wrote some specials for himself and started touring, sometimes alone or with his colleague Seaton Smith. Mulaney’s performances might be seen on his solo shows or during other events, for instance, music festivals or charity events. In 2017 Jon Stewart, another legendary TV personality in the U.S. asked Mulaney to do standup on his event, and later Seth Rogen, who is famous worldwide, followed him with the same request. The last two records of Mulaney’s stand-up comedies are available on Netflix too, and some of his sketches went viral. For example, the one with Delta Airlines, a song about his local Salt and Pep-per Diner, or his comparison of Trump to a horse loose in a hospital.

The comedian also had supporting roles in TV sitcoms such as Crashing, Difficult People, and Portlandia and worked as a writer and producer for TV projects like Maya & Marty and Docu-mentary Now!.

Mulaney made an attempt of creating the show all by himself, about himself and even named after himself. The sitcom Mulaney was on air for a couple of months and was canceled due to abysmal reviews. It turned out that one person is very rarely capable of doing so much work on a functional level or just a decent one.

Luckily, one might see or, to be more precise, hear Mulaney in cinemas since he made his film debut in 2018. He gave the voice to Spider-Ham, a fictional character of Marvel comics. The comedian provided the voice to the main character of another animated work, Big Mouth, created by his old friend Nick Kroll. The show is quite successful and tells an 18+ story of middle-school students who are trying to manage their puberty.

However, the most successful cooperation with Kroll was their comedy act later named The Oh, Hello! Show. Two friends portrayed bizarre old men with their particular attitude to the world, Faizon (Kroll) and St. Geegland (Mulaney). The characters were thought through back then in the 2000s, but their first significant appearance was on Kroll Show, a Kroll’s show broadcasted on Comedy Central. Eventually, the show was put on Broadway and was performed for 15 weeks.

All these facts prove that Mulaney is relevant and his comic ideas are fresh and sincere, but with his own drawbacks since no one is perfect. His sense of humor and writing skills were honored David Letterman himself.

In 2014 the comedian married Annamarie Tendler, who was also connected with the media. Annamarie is a visagiste famous for her Tumblr blog and her makeup ideas that appeared in multiple magazines including Glamour. In 2007 she moved to New York, and perhaps these two were lucky to find each other in such a big city.

The wedding ceremony was hosted by Dan Levi, who is believed to be a close friend of the couple.

Currently, John and his wife live in NYC with a French bulldog who has several silly nicknames and is officially named Petunia. As Mulaney quotes, he always wanted to work in New York, since it is the place where his friends live.

Being a fan of classic stand up (and of Law and Order, by the way), Mulaney has an ex-tensive collection of various recordings. Especially he marks off such comedians as Dave Chappelle, George Carlin, Richard Pryor, and some others. As a child, he was also fond of watching episodes of archived programmes in the local Museum of Broadcast Communications. It would be weird if he didn’t record anything himself, so Mulaney has four discs since 2009, which are The Top Part, New in Town, The Comeback Kid, and Kid Gorgeous.

Mulaney is quite famous for some amusing coincidences: John’s grandmother, Carolyn Stan-ton, worked alongside Hilary Meyers, a mother of Seth Meyers, who is John’ friend and colleague. Two young women performed in a show aimed at fundraising for a hospital in Massachusetts and were directed by Tommy Tune, who is well-known for his Broadway works.

Moreover, John is acquainted with Bill Clinton, whom he met at the age of 10. His parents studied together at Georgetown University and Yale Law School and got close there, but also they were classmates of the future president.

Mulaney overcame his addiction to liquor and now leads a healthy lifestyle with a free-will alcohol prohibition.

For today his net worth equals to approximately $3 million, and the comedian has more than 1,2 million followers on Instagram and a little over 1 million of those on Twitter.

Mulaney was nominated every year since 2009 and received two Writers Guild of America Award for his work on SNL, a Peabody Award, which is a prestigious international award, and two Primetime Emmy Awards. The first Emmy he was presented with was for the legendary "Justin Timberlake Monologue» on SNL, and the second was given was his own variety show.