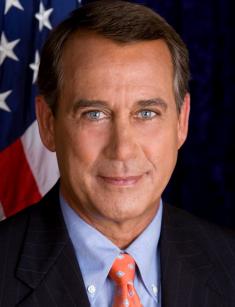 John is from Reading, Ohio. His parents are Mary Anne and Earl Boehner. He was raised with his other 11 siblings. John spent his childhood in Cincinnati, which is also located in Ohio. The future politician studied at Moeller High School and was even a member of the local football teams as a linebacker. John even served in the US Navy, but some time after he attended Xavier University.

John successfully campaigned for Congress in Ohio in 1990 and was elected right away. He subsequently won 10 elections from the same district. Following a by-election to Congress, Boehner was overwhelmingly chosen by Republican Party members of Congress to run for Speaker of the House of Representatives on November 17, 2010. His election in January 2011 became a formality as a result.

Boehner campaigned against Donald "Buz" Lukens, a sitting congressman, in 1990. He ultimately won with a 49 percent margin. John served as the House of Representatives Chairman of the Education and Human Resources Committee from 2001 to 2006, following the election of President George W. Bush. He was the fourth-ranking Republican in the House of Representatives from 1995 to 1999 while serving as Chairman of the House Republican Conference. According to Congress.org's rating, Boehner has been ranked as the 6th most powerful congressman since 2008.

John was overwhelmingly selected by Republicans in the House of Representatives on November 17, 2010, as their candidate for speaker, all but ensuring his official election to this position when the new Congress convened in January 2011 with a Republican majority. John has worked hard during this time. For instance, Boehner launched a lawsuit in July 2014 to compel the president to punish businesses that refused to provide medical care for their employees. He left on September 25, 2015.

John is an active conservator. Many people blamed him for his position against same-sex weddings and his opinions about the concept of traditional families. He often criticized Nancy Pelosi and participated in tax reform. In 2011, John disapproved of the NATO-led military action in Libya.

John is a married man; his current spouse is Debbie Boehner. They were married in 1973 and had two daughters, Tricia and Lindsay.

On March 14, 2018, John received a Grand Cordon of the Order of the Rising Sun from Japan. In addition, the University of Notre Dame presented him with the Laetare Medal on May 15, 2016, which is regarded as the greatest accolade for American Catholics. It's interesting that Joe Biden also received the medal on the exact same day.