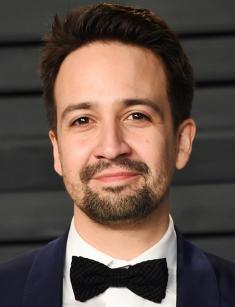 When viewers analyze the movie they have watched, one of the essential evaluation criteria is the music underneath, which creates the necessary atmosphere. However, the names of composers often appear only in closing credits. American Lin-Manuel Miranda could avoid such a fate. He wrote the songs for Walt Disney Animation Studios' Moana soundtrack, created the favorite Broadway musicals Hamilton and In the Heights, and won the Pulitzer Prize.

Lin-Manuel Miranda was born on January 16, 1980, in New York City in a family of Puerto-Rican descent. His father, Luis A. Miranda, Jr., was a political consultant, and his mother, Luz Towns Miranda was a clinical psychologist.

Lin-Manuel and his sister’s life was associated with music from childhood. They both took piano lessons and watched Broadway musicals thanks to their parents. The boy learned various musical genres, became interested in hip-hop and the songs of Eric B. & Rakim, Beastie Boys, Boogie Down Productions.

In childhood and youth, Miranda performed in theater productions, and also attended Hunter College Elementary School and Hunter College High School. He continued to study performing arts at Wesleyan University. After graduation in 2002, the young man worked as an English teacher in high school for a while.

Being a second-year student at Wesleyan University, the young man wrote the earliest draft of In the Heights. While creating the musical, he wrote music and lyrics for the show, adding hip hop and salsa numbers.

Miranda’s show was accepted by Wesleyan's student theater company and staged for a long time. The musical broke the box office record of that year. Before graduating from university, the young man had created several musical productions; moreover, he acted in some performances.

After five previews, In the Heights first went to Broadway in 2008 and immediately became a hit. The musical production was nominated for 13 Tony Awards, winning four, including Best Musical and Best Original Score.

At the same time, Lin-Manuel did not forget about his acting career. His filmography included the roles in such TV shows as The Sopranos (as a guest star), House (the season six episodes: "Broken" and "Baggage"), How I Met Your Mother. In 2009, he prepared Spanish translations for songs in the Broadway production of West Side Story.

While on a vacation in 2008, Miranda read Ron Chernow's book “Alexander Hamilton,” the recognized biography of the first US Secretary of the Treasury. Inspired by the book, the playwright decided to create a musical about Hamilton’s life.

Lin-Manuel composed music and lyrics for the compositions, and also played the leading role. Leslie Odom Jr., Daveed Diggs, and Jonathan Groff also took part in the project. The latter is openly gay, and Miranda's fans considered that two young people had a love affair.

He released a song from the future show in 2009, at the first-ever White House Evening of Poetry, Music, and the Spoken Word. In 2015, Hamilton premiered at the Public Theater, and a few months later it went to Broadway, where all the tickets for it were sold out. The musical won three Tony Awards for Best Original Score, Best Book of a Musical, and Best Musical. Besides, it won the Pulitzer Prize for Drama in 2016.

The musical showed some of the outstanding historical events, involving Hamilton, from the big sex scandal to the deadly affair of honor with Aaron Burr. The production was widely known for its unique sensuality, the combination of black and Latin American actors with hip-hop and R & B music.

Not only theatergoers but also many well-known figures, including the former US President, Barack Obama, and the musical idol, Stephen Sondheim, attended the Broadway musical.

In 2015, the composer wrote the soundtrack for the fantasy movie Star Wars: The Force Awakens, and the following year, for Walt Disney Animation Studios' Moana. The single “How Far I'll Go” was nominated for the Academy Award in 2017 and won the Grammy Award for Best Song Written for Visual Media in 2018.

The actor, playwright, and composer is a happy husband. He has a wife, Vanessa Nadal, a scientist, lawyer and an MIT graduate, whom he has been married to since 2010, as well as two children: Francisco (born February 2, 2018) and the elder son, Sebastian.

The composer does not have an Instagram page, but he has been actively using Twitter since October 2009, and his account has millions of followers. The man posts personal photos and videos, communicate with fans and announces upcoming premieres.

At the beginning of 2019, the family feature film Mary Poppins Returns was released, in which the actor played one of the leading roles, a lamplighter named Jack.

Hollywood celebrities such as Emily Blunt and Colin Firth also played in the film. In January, Miranda also returned to the role of Alexander Hamilton for a three-week run in Puerto Rico.

Lin-Manuel Miranda and Ben Platt also released charity single "Found/Tonight," and unveiled the music video. Both men announced via Twitter they will march with students in Washington, D.C.'s March for Our Lives and perform the song live.

Nowadays, the new TV project with Lin-Manuel, the fantasy series His Dark Materials, goes through the post-production stage.

Lin-Manuel Miranda has a net worth of $10 million.