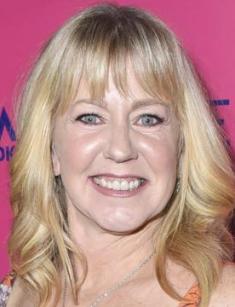 Tonya Harding is a notorious famous American figure skater who performed in single skating. Tonya is the second woman in the history of figure skating and the first American who has completed the triple axel at the competitions. Tonya is a U.S. figure skating champion of 1991 and the World Cup winner. She became popular in the nineties after the participation in the loud scandal which destroyed Tonya career in the sports.

The future figure skater was born in autumn, on the 12th of November, 1970, in Portland, Oregon. The girl's father, Al Harding, had health issues from time to time, that’s why he didn't work for some time.

By the words of Tonya, her mother LaVona beat the girl at home, but the woman denied her daughter's words. Moreover, the costumes in which the figure skater appeared at the competitions were created by her mother.

The girl left the school without having finished the second year of high school. For the first time, the girl received money for the competition when she was studying at secondary school.

Tonya Harding began her career at an early age. Being a child, the girl performed on ice and showed the elements which other children didn’t manage to do. Already then the specialists noted the talent of the young figure skater and her aspiration to work.

Harding strived for greatness progressively. At first, she achieved only the 6th position at the USA championship in 1986. Later, she reached the upper status in 1987 and 1988, and in 1989 she became the winner and took the third place. The girl was considered the main pretender for the title of the USA champion of 1990. Unfortunately, Tonya caught a cold and the previous disease – asthma – reminded her about it. As a result, the figure skater's performance wasn't perfect, and her results decreased until the seventh place.

Two years later, she had a breakthrough in her career. In the USA championship of 1991, she performed the first triple axel and received 6.0 score for the technique and deserved the title of the champion. A short time before the start of the performance, the figure skater was being late because of the traffic jams and tried to reach the place of the competition in all possible ways. The world championship became successful for the girl in the technique. Though, the girl didn't manage to demonstrate the number of necessary elements and received second place.

The girl has become the first person in the world to perform a cascade with a triple axel. After a range of successfully demonstrated elements, the figure skater didn’t manage to complete the triple jump anymore, and her career began to worsen.

In 1992 Tonya was injured. Because of the problem with her leg, the girl took the 3rd place at the USA championship. Then the 1992 Winter Olympics took place. During the competitions about which each athlete could dream during all his life, the girl took fourth place. The World Championship of 1992 also wasn't successful for her. Harding was far from the prize-winning places and took the 6th position.

The coming competition season was critical for the figure skater: the girl wasn’t allowed to take part in the World Cup. In spite of the achievements she had, Tonya achieved real fame after being involved in the crime.

During the competition, Nancy Kerrigan was Tonya’s main rival. Suddenly Nancy was hit on her leg. The girl canceled her candidature from the participation in the competition, and in 1994 Tonya Harding took the first place at the United States Championship.

After this event, Tonya passed the selection for participation in the Olympic competitions of 1994 where she took the eighth position. Kerrigan took the second winning place. However, later there appeared the news Tonya and her ex-husband had arranged with their friend that he would hit Nancy Kerrigan. There were expectations that the attacker will hit the figure skater on her knee caps. Though, he missed it and hit her above the knee. On the web, there are many photos of the incident.

There has burst a scandal around the figure skater. She denied her involvement in the attack, but her ex-husband and friend gave testimony against Tonya. She got three years of a suspended sentence, 500 hours of public works, and a fine of $160,000. The men received a two-year prison sentence. The scandal reached its peak when the photos of the former spouses wedding night appeared in Penthouse magazine.

After this catastrophic scandal, the sports Nike company sent $25,000 to the foundation of Tonya’s protection and Reebok company took Nancy’s side. Finally, the USA Association of Figure Skating deprived Tonya of all her titles and eliminated the girl from the participation in the figure skating competitions for a lifetime.

Tonya assured that she wasn't guilty of the attack and in protest, she made a tattoo on her back in the form of an angel. In 2008 she released her autobiography, in which she told that she knew about the preparing of the attack and wanted to call FBI. Though Jeff Gillooly threatened the girl with the gun, and she had to give up her idea. Gillooly who changed his surname for Stone, mocked at the announcement of his ex-wife after he had been released from the prison.

In 1990 Tonya Harding got married to Jeff Gillooly. Three years later, their marriage came to an end. The ex-spouses didn't have children.

In 2002 the woman appeared in the boxing fight with Paula Jones.

In August 2002 she was detained for ten days for driving under the alcohol.

Since 2003 she began to be engaged in the boxing and even won a couple of prize-winning places. And in a year she concluded the contract for one game with Indianapolis Ice of the Main Hockey League.

In 2010 Tonya Harding got married to Joseph Jens Price. In 2011 the first baby was born to the couple.

At present Tonya is engaged in the upbringing of her child and the boxing.

In 2017 there was displayed the movie I, Tonya at Toronto Movie Festival about the career of the former champion. Margot Robbie performed the role of Tonya on the screen, and Allison Janney who received the role of Tonya's mother got the Golden Globe Award for the secondary role.

Despite the scandalous reputation, Tonya still has a huge fan club. Her fans admire the story of the little girl who achieved success with her efforts. What about the attack, the admirers say that everybody has the right to a single mistake.