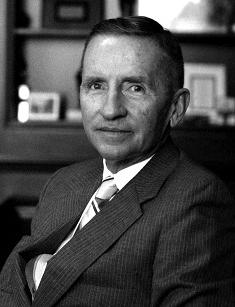 Henry Ross Perot was an American entrepreneur, billionaire, philanthropist, and politician. He founded and worked as chief executive officer of Electronic Data Systems and Perot Systems. Also, he took part in presidential elections in 1992 and 1996, establishing the Reform Party in the latter election. Both campaigns were among the strongest presidential showings by a third party or independent candidate in U.S. history.

Ross Perot’s birthplace is Texarkana, Texas – he was born there on June 27, 1930, to the family of Lula May (née Ray) and Gabriel Ross Perot, a commodity broker specializing in cotton contracts. His ancestors were immigrants to French Louisiana. Ross Perot was raised according to Roman Catholic religious orders.

Speaking about Perot’s education, he studied at Patty Hill private school. Later he entered Texas High School in Texarkana from which he graduated in 1947. There he met Hayes McClerkin, who later became the Speaker of the Arkansas House of Representatives and a prominent lawyer in Texarkana, Arkansas

As a teenager, Ross Perot changed his middle name from Ray to Ross in honor of his father. Perot’s dad taught him a lot about business. Perot’s father’s most famous quote is ‘Sell it, you can’t eat it’.

He also had an older brother Gabriel Ross Jr. – he died as a kid of a stomach disorder.

Ross Perot became a member of the Boy Scouts of America and made Eagle Scout in 1942. For his serving, Perot received the Distinguished Eagle Scout Award.

Having quit the U.S. Navy, Perot was hired as a salesman for The International Business Machines Corporation (IBM). Working there, he demonstrated his vast potential and fulfilled his annual sales target in just two weeks.

1962 was marked by establishing and founding of the Electronic Data Systems in Dallas, Texas. Initially, Perot got through difficult times. However, some months later, the company started signing deals and partnering with other firms.

The 1960s were especially successful for the Electronic Data Systems. The firm got many orders and contracts, including profitable deals from the government of the United States of America. The Electronic Data Systems became a public company in 1968 – it evoked a tremendous rise in the stock prices of the company. So, the prices rose immensely in a few days.

In 1974, he gained much attention in the media as his share value dramatically dropped by $450 million on a single working day.

Ross Perot was also concerned by public affairs and problems. So, in 1979 he became a head of the Texas War on Drugs Committee, and he was also appointed on the Select Committee on Public Education.

Later Perot founded the Perot Systems Corporation, Inc., a technology services provider, which is located in Plano, Texas. The company was later acquired by ‘Dell, Inc.’

1990 was marked by Perot’s agreement with the Vietnam Foreign Ministry. Ross claimed he would become the country’s business agent if U.S. diplomatic relations with the country eventually improved.

In 1991 the businessman was invited to the ‘Larry King Live’ on CNN. There Perot said he would run as an independent candidate for the presidential elections.

In July Ross Perot was threatened by the Republican government to leak compromising photos of his daughter and quit the presidential race. He got back on October 1, 1991 and took part in a famous debate with Bill Clinton and George Bush.

Eventually, Ross Perot lost, having grabbed 18.9% of the popular vote. It made him the most successful third-party presidential candidate in terms of the popular vote – the first person to do it was Theodore Roosevelt in the 1912 election.

In 1995 Perot created the Reform Party and eventually was nominated to be a presidential candidate in the 1996 U.S. elections. The contest was also lost.

In the late 1990s, Ross Perrot bought the Dallas Mavericks. He ruled the team for about 4 years. He purchased the franchise from American businessman Don Carter for $135 million in March of 1996. The Mavs price raised about $150 million and Perot Jr. sold the team to Cuban for $285 million.

After this trade, Cuban became one of the most well-known sport’s owners in the world. His eccentric and flashy attitude led to the Mavs’ success.

In 2010, Ross Perot accused Mark Cuban of putting the Mavericks company into an interest-bearing debt of more than $200 million, causing a $289 million deficit and negative working capital of $75 million. However, Cuban won the lawsuit.

Perot worked as chairman of The Perot Group, a company managing the Perot family’s financial interests such as their investments in real estate, oil and gas and financial investments.

Perot also was the chairman for Hillwood, a Texas-based, global leading real estate venture founded in 1988.

As for Ross Perot’s political beliefs, he focused on the fiscal issues of the time. His views are liberal and usually focused on his economic policy to keep support during his campaigns and gain support from both Democratic and Republican voters from his home state of Texas.

He supported gay rights, stricter gun controls, and contributed to research in AIDS.

Ross Perot was a strong supporter of Planned Parenthood.

Perot thought taxes should be increased on the wealthy while spending should be cut to help pay off the national debt. In 1993 he released a book Not For Sale at Any Price where he said he supported the idea of giving tax cuts for small and medium-sized enterprises, as opposed to larger corporations.

By the moment of Perot’s death, his net worth had been evaluated at $4 billion.

Ross met his wife, Margot Birmingham, who was from Greensburg, Pennsylvania in 1952. They started dating when he was a midshipman, and she was studying at Goucher College in Baltimore.

The two tied the knot in 1956. The spouses had five children, Ross Perot Jr., Nancy, Suzanne, Carolyn, and Katherine. They were extremely important to him.

Nancy Elizabeth Perot is his second kid and is now 59 years old. The woman was actively involved in the family business. So, Nancy helped her father on venture capital projects.

Katherine, the youngest in Perot’s family, now works as a Director of the Perot Foundation along with her four older siblings. In 2014, she was given the Outstanding Philanthropist Award in Dallas. She was nominated by the North Texas Food Bank for her volunteer work with the group and was described as a “passionate advocate for hunger-relief causes.”

The siblings founded the Perot Museum of Nature and Science in honor of their parents.

At the age of 23, Perot Jr., a former Air Force Pilot, and his friend Jay Coburn decided to travel the world via helicopter.

According to Ross’ admissions, the most challenging part of the trip was getting around Russia, because the Cold War was still raging in the early 1980s.

Perot Jr. and Coburn were honored with the F.A.A Gold Medal from President Ronald Regan for their accomplishment

Perot died on July 9, 2019, at the age of 89 in Dallas, Texas from leukemia. The world was literally shocked.

Senator Bernie Sanders and many other representatives of politics and business posted a tribute to the billionaire.

Perot was inducted into the Junior Achievement U.S. Business Hall of Fame in 1988.

In May 2009, he was appointed an honorary chairman of the OSS Society.

On September 18, 2009, the Texarkana Independent School District named him (1947 graduate of Texas High School) as a 2009 Distinguished Alumnus.

On October 15, 2009, the United States Military Academy at West Point honored him with the distinguished Sylvanus Thayer Award.

On April 20, 2010, Perot was presented with the Distinguished Leadership Award from the Command and General Staff College Foundation, Inc., Fort Leavenworth, Kansas.