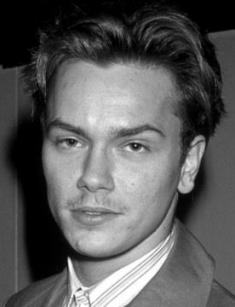 People foresaw a brilliant future for the rising star of the acting world River Phoenix, which never came because of the tragic events. Phoenix passed away at the peak of his career. He's one of those actors whose death has been written and talked about for years.

River Jude Phoenix (né Bottom) was born in Madras, on August 23, 1970, in the family of Arlyn Dunetz and John Lee Bottom. His parents decided to name their firstborn after the river of life from Herman Hesse's novel Siddhartha, and the Beatles song "Hey Jude."

Arlyn and John were hippies for a while but moved away from the movement by joining the Children of God cult. The family moved to Caracas, where they were assigned to missionary work as fruit collectors.

Soon the boy's mother and father became a large family with many children. In 1972 his sister Rain was born, and two years later – his little brother Joaquin. The couple named their second daughter Summer and the third - Liberty. The couple did not receive financial support from the cult and lived from hand to mouth. Children earned food for the family themselves: going out onto the streets of the town, Rain sang, and River played the guitar. Therefore, the boy's early days and the entire childhood was not a bed of roses.

When the cult program began to move in a negative direction, the Bottoms left it, moving to Los Angeles. In the spring of 1979, the family officially changed its name, becoming Phoenix in honor of the fabulous bird, reborn from the ashes. This act symbolized the beginning of a new life. At the insistence of River and Joaquin, all family members became vegetarians.

The boy's mother worked as a secretary for an NBC broadcaster, so she managed to arrange a meeting with a children's agent Iris Burton. She was so impressed with the family that she agreed to take on all the children at once. Then Hollywood promised them new opportunities, but it was River Phoenix who had the best luck.

For the first time, River appeared on television at the age of ten, in the TV show called Fantasy singing with his sister Rain. Two years later, the boy starred in the film Seven Brides for Seven Brothers, playing the youngest brother.

The young actor went to auditions with a guitar and quickly got into the character of someone like Elvis Presley, charming producers of various shows. Despite this, River managed to get his next role in the movie Celebrity only a year after finishing shooting the family film. The scene with the young Jeffie Crawford lasted about ten minutes, but his character was listed as one of the central ones.

A cameo role in the film the ABC Afterschool Special: Backwards: The Riddle of Dyslexia, about a boy who found out that he had dyslexia, became a crucial work for River. Joaquin Phoenix starred in the same project. The part of the young dyslexic boy brought the young actor critical acclaim. It later helped him get the role of Philip Brogan in another made-for-TV movie Surviving: A Family in Crisis. This appearance was the last before entering the world of the big screen.

The first significant role of Phoenix in a feature film was the part of a geek boy Wolfgang Müller in a high-budget science fiction movie called Explorers. And after a leading role in the film adaptation of Stephen King's novel Stand By Me, River received critical acclaim.

The Phoenix family often moved, and by the time of River's 18th birthday, they had changed forty places. After finishing the filming of the movie Running on Empty, the family finally settled in Micanopy.

After the comedy movie I Love You to Death, River's treasure box of his works was supplemented by the legendary film My Own Private Idaho. This is a touching and shocking story of two guys who despise public morality. Phoenix played one of the young men, and Keanu Reeves, who became a friend of River in real life, played the other one. After this role, the actor was talked about as a sex symbol and a future star of Hollywood.

Despite his instant fame, River never became arrogant or vain. In an interview, he said he wanted to have a family and to finish his education. The young man thanked God for happy memories and thought they were better than any toys, which the Phoenix family could not afford when the boy was little.

The last completed work of the guy was the film The Thing Called Love. After it, Phoenix started working on the project called Dark Blood, but the creators abandoned the movie after the death of River. The cast and the crew finished shooting the main scenes, but the guy did not have time to play in the filler scenes. An incredible amount – 1, 543 pounds – of tape was at the disposal of the insurance company.

In 2012, the director, learning about the company's plans to destroy the tape, stole the film, edited, and created a movie out of it. He took the missing pieces from the photo tests and voiced-over some scenes. The film premiered successfully in autumn 2012. Film critic Elena Plakhova noted that if the film had been completed on time, it would have been the climax of River's filmography.

Although the primary source of income of the actor was the filming industry, friends and relatives noted that the main passion of the guy was music. Phoenix didn't relish the idea of performing as a solo artist, so he founded a band Aleka's Attic with his sister Rain. The group fell apart after the death of the actor.

At the age of sixteen, during his work on the movie The Mosquito Coast, River made friends with Martha Plimpton, a girl of his age. Young people dated for a little less than three years. According to rumors, the beloved left the Phoenix because of the guy's drug addiction.

The next girlfriend of the actor was Suzanne Solgot. Their love affair lasted a little more than three years. The couple lived together until January 1993.

On the set of Peter Bogdanovich's drama movie The Thing Called Love River's personal life took a different turn: he became interested in the actress playing the leading character, Samantha Mathis. Phoenix fell madly in love with the girl and even asked the director, who was his great friend, to include in the picture as many romantic scenes with her as possible.

According to Bogdanovich, the actors could not live a moment without each other, and Phoenix looked incredibly happy. It was Samantha who became River's last true love.

Phoenix spent his life fighting for animal rights and working as an environmental and political activist. The guy was considered a representative of PETA and provided financial support to several environmental organizations. The act, which says a lot about River as a person, was the purchase of 320 hectares of rainforest in Costa Rica, which was threatened with destruction.

On October 30, 1993, River was going to perform with his close friend Flea in the Viper Room club, which at the time was owned by Johnny Depp. At some point, Phoenix left the hall to take drugs. Soon the guy was sick, and someone offered him a drug used to neutralize the effects of an overdose. But because of the drug, the result was the opposite.

He returned to the club to his friends and said that he did not feel very well and wanted to go out into the air. Mathis, Rain, and Joaquin helped the guy out of the building, and River immediately fell and began to convulse: he was shaking for about five minutes. At this time the brother called 911, and his sister was performing CPR.

The concert in the club continued: Johnny Depp performed on stage with the P band. According to the listeners, the song "Michael Stipe" was presented during the attack.

The paramedics arrived at the scene and saw dying Phoenix. But despite the efforts of the doctors, the River's condition did not improve. So the guy was taken to the medical center in the ambulance. Further attempts to revive him, including with the help of a pacemaker, were unsuccessful. River's heart stopped at 1:51 a.m. on October 31, 1993. The cause of death, according to doctors, was a drug overdose.

In the morning, the club became a temporary place for mourning: fans came there, leaving flowers, pictures, and candles on the sidewalk. After the incident, the club did not work for a week. In the future, Depp shut down the club every year on October 31 until 2004 when he sold it.

Samantha saw the tragedy at the club, and it took her a long time to recover from this loss. So did Joaquin, and it was tough for him to cope with the loss of his older brother.

River had a positive image: he spoke openly on social and political topics, led a healthy lifestyle. As a result, the death of the actor attracted a lot of press attention. Family and friends practically do not speak out on the actor's death.

Phoenix was cremated, and the ashes were scattered on the family ranch in Micanopy, Florida.

River had a net worth of $5 million dollars at the time of his death in 1993.