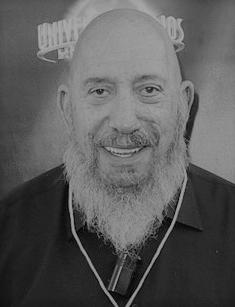 Sid Haig was an American actor and producer. Firstly, he gained recognition after several appearances in Jack Hill’s movies such as The Host (1960), Spider Baby (1968), and Foxy Brown (1974). The most memorable role of Haig was Captain Spaulding in the Rob Zombie’s films. The actor died this year, in September, at the age of 80.

Sid Haig was born in California in 1939. It can be said that his career began by accident. When he was a young man, his fast growth was a problem for his motor coordination, so Sid was taking dance lessons. At the age of seven, Haig had a paid job of a dancer in a Christmas show for kids. The young Sid also showed his talent for music, especially for drums.

Eventually, his parents bought him a drum set, where he had experience will various styles of music such as swing, country, jazz, and rock and roll. Haig signed a recording contract one year after his graduation from school. In 1958, he recorded the single Full House together with T-Birds, and it turned out to have the fourth place on the charts.

Sid’s acting career started when he was at school. The principal of the drama department in high school was Alice Merrill, a Broadway actress. She was the one who encouraged Sid to pay attention to acting. After graduation from school, Haig started studying at the Pasadena Playhouse, where were also trained famous artists like Gene Hackman, Dustin Hoffman, etc.

In one interview in 1992, Haig said that he wanted to take a pause from acting because he was feeling typecast. He was not pleased with the roles that were offered to him; they all were the same. So, Sid did not act for five years. During that time, he got the offer to play Marsellus Wallace in the second Quentin Tarantino’s movie Pulp Fiction. Haig refused but later regretted his decision. In 1997, he appeared in another Tarantino’s film Jackie Brown as a judge, the role that was written specifically for Haig.

In 2003, Haig played a psychotic clown in the House of 1000 Corpses, a debut work of Rob Zombie. This part was like a revival for Sid’s career, and he received a Best Supporting Actor Award at the 13th Annual Fangoria Chainsaw Awards. In 2005 and 2019, Haig played the same role as Captain Spaulding in movies The Devil's Rejects and 3 from Hell respectively.

Sid also attended various events where fans could meet him during the Meet & Greet. In 2019, the actor was at the Crypticon Kansas City, Monsterpalooza, and Bangor Comic & Toy Con.

On November 3, 2007, Haig got married to Susan L. Oberg. Since that day they were always together and lived in Los Angeles till the day Sid died. Sid’s wife worked as his publicist and also as the CEO of The Haig Group, a company that the spouses launched together. Sid and Susan made a great team.

The actor had some health issues for some time. At the beginning of September, Haig fell at his home and got hospitalized. When he was in recovery, he once vomited in his sleep, and it caused the infection in the lungs. During that time, Sid’s wife was keeping fans updated about his condition. Sid suffered from the disease until September 21 when he died at the age of 80 due to the complications of this infection. For now, there is no information about the actor’s funeral, Susan asked for some privacy and respect.