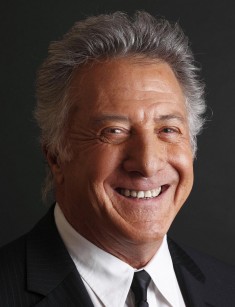 Dustin Lee Hoffman is an American theater and film actor, film director and producer. There are dozens of famous roles in the filmography of the actor. Until today, Hoffman remains one of the hardest-working actors in the history of Hollywood. By the way, he thoroughly studies every detail of the character and helps colleagues understand the psychology of each hero while shooting films.

Dustin was born in the family of jazz pianist Lillian Gold and Harry Hoffman, who changed an uncountable number of professions. The child was named after his mother's favorite actor, Dustin Farnum. The boy was the second child in the family and suffered terribly because he considered his elder brother Ronald to be an unsurpassed ideal of a person. The fact is that the brother was an excellent pupil and he starred in the episode of the famous movie Mr. Smith Goes to Washington in the teenage years.

Dustin was not very good at studying. From the very beginning, the child seemed mentally retarded. At the age of three, he could not talk. At school, Hoffman did not set the Thames on fire, as he grew up as a shy boy and children often made fun of him. Dustin was even expelled from school in the seventh grade because of one such joke.

The teenager played a small role in the school play, and high school students persuaded the boy to go on stage at the end of the performance and say "May God keep us safe, damn it!". The boy wanted to say something so much, that he agreed, that caused a scandal.

By the way, Barbra Streisand studied at school together with the future famous actor.

In his childhood, music was Hoffman’s main hobby. He learned to play the piano, and after graduation, he entered Santa Monica College at the Faculty of Arts. However, the guy dropped out of this College, because they devoted more time to acting than playing the instrument. Later Dustin attended the Los Angeles Conservatory of Music, which he left due to the fact that there were not enough acting lessons.

The future movie star studied at the Pasadena Playhouse Acting School and moved to conquer the New York stages. There he faced the fact that he lacked the basics of acting skills. Hoffman became a student again. It was the famous Lee Strasberg Theatre & Film Institute, where Marilyn Monroe, Marlon Brando, and other famous people studied too.

Along with the education, the young man had to work hard. He served as an assistant doctor in a psychiatric hospital, and when he realized that he was close to the edge, he left the hospital and started to type texts in the publishing company.

He also worked as a dishwasher in a restaurant. However, he was dismissed because of his increased appetite and love for food.

Later, the guy sold toys in the supermarket. When he already was a qualified actor, Dustin began to appear in Broadway shows, where the actor played the roles of unusual people.

Dustin Hoffman played in the film for the first time in the first half of the 1960’s. He appeared in television series. However, he considers the drama The Graduate to be his film debut; he also got the main role there. It is interesting that according to the script, Hoffman’s character was a tall, handsome, bright, fair-haired man, who blew women’s mind at first glance. But Dustin could create an even more spectacular image with the help of exaggerated awkwardness of movements and languishing look.

The next success was unpredictable. Critics considered the movie Midnight Cowboy as the failure of the year, but as a result, the film won a collection of awards and entered the list of the best films of the XX century. Actor Hoffman caused a stir, which was increased by new projects such as the western Little Big Man, the biographical drama Lenny, the criminal thriller Straw Dogs.

The peak of the first half of the artist's career can be considered such film as the family tragedy Kramer vs. Kramer, which brought him the first Oscar Award; the funny comedy Tootsie, where he played a woman, and the psychological movie Rain Man, where Dustin got the role of Raymond Babbitt. The last film brought the actor the second Oscar Award.

In 1996, the viewers saw Dustin in the crime drama Sleepers. The movie has a starry cast because Robert De Niro, Kevin Bacon, Brad Pitt and Jason Patric starred there along with Hoffman. It is an interesting fact that actor Kevin Bacon never met Dustin and Robert on the set because their shooting schedule did not coincide.

Despite his age, Dustin Hoffman has not stopped shooting. The actor played together with Al Pacino and Madonna in the screen version of the comic book Dick Tracy, with Nicole Kidman in the gangster movie Billy Bathgate, with Morgan Freeman in the disaster film Outbreak. Dustin has also played roles in the comedy Meet the Fockers, the psychological thriller Perfume: The Story of a Murderer and the melodrama Last Chance Harvey.

Dustin Hoffman voiced Master Shifu in the trilogy of the cartoons Kung Fu Panda. The last part was released in 2016.

In addition, the actor has been engaged in producing and directed two movies. He was a creator in the first film Straight Time (1978). And the actor was a director of the comedy-drama Quartet in 2012. He invited outstanding actors such as Maggie Smith, Tom Courtenay, Billy Connolly, Pauline Collins and others.

After that, the actor appeared in three films Chef, Boychoir, The Cobbler and the short-length film Roald Dahl's Esio Trot: Deleted Scenes.

Creative biography of the actor brought him many awards. However, in addition to statuettes, Dustin Hoffman was awarded the prize of Berlin International Film Festival, France's César Awards and the Golden Lion of the Venice film festival for his contribution to the world cinema.

In his youth, Dustin Hoffman was not very popular with women. Ladies began to search for meetings with him only after appearing on the screens. The actor had a love affair with the German model of Russian origin Vera von Lehndorff and with American singer Betty Kelly for some time.

In 1969, Hoffman married ballerina Anne Byrne and adopted a child from her previous marriage, Karina. The couple also had a daughter, Jenna. After six years of marriage Anne, who left the stage for a while, suddenly resumed her dancing career, which made Dustin give up some interesting scripts because he had to sit with the children. As a result, the family had conflicts, and in 1980 they divorced.

A week later, the actor married again. His new choice was a lawyer and businesswoman Lisa Gottsegen, with whom Hoffman secretly dated for a less than a year. The couple has lived together since then and they have four children – sons Jacob and Maxwell and daughters Rebecca and Alexandra.

There is a legend in the family of Dustin and Lisa. When the parents of the woman married, Hoffman attended that wedding as a guest musician and played the piano. Since his wife’s mother was already pregnant, Lisa jokes that she heard her husband's music long before she saw Dustin many years later.

In April 2012, Dustin saved the life of a young lawyer, Sam Dempster. The guy was jogging in the park, where at that moment Hoffman was walking. Sam suddenly suffered a cardiac arrest. The actor immediately called the doctors, they took the lawyer to the hospital and saved him. Dempster said later that he was grateful to the actor for saving his life.

The same year, the actor underwent surgery to remove cancerous cells. Doctors diagnosed the disease in the early stages, so doctors did everything on time and without any consequences.

Dustin Hoffman is at the age when the actor is hardly interested in social networks. However, actor's fans registered the fan pages on Instagram, where they post photos from the films of their favorite actor and personal photos that they find on the Internet.

In November 2017, the name of Dustin Hoffman appeared in a scandal. Anna Graham Hunter said that while working with the actor on the shooting of Death of a Salesman in 1985, he asked the woman to make him a foot massage. Then the actor flirted with Anna and talked a lot about sex. At that time, Hunter was 17 years old.

Hoffman replied that he always respected women and regretted the incident.

May 2017 saw the premiere of the film The Meyerowitz Stories, where Dustin played one of the main roles. He played in the series Medici: Masters of Florence. Dustin got the role of Giovanni de' Medici, the father of Cosimo and Lorenzo.

In 2018, the release of the film The Song of Names is planned, where Dustin Hoffman and Anthony Hopkins have played the main characters. The plot of the movie tells about two friends-musicians who survived the Holocaust. Suddenly one of them has disappeared for 40 years. And only after these long 40 years, it turns out what has happened to him.

The film was directed by Vadim Perelman. 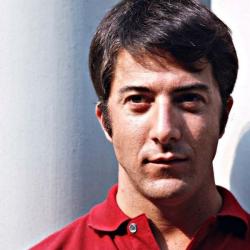