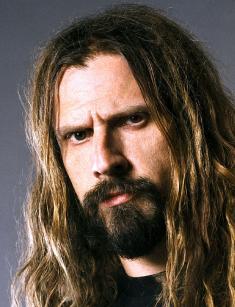 Rob Zombie is an American rock musician who earned his fame as a vocalist of the groove metal group White Zombie; he co-founded it with Sean Yseult in 1985. When the band split up, the artist started his solo career and continued as a movie director as well.

Robert Bartleh Cummings was born on January 12, 1965, in Massachusetts; he moved to New York at the age of 19. The would-be musician’s parents worked as celebration organizers and did not spend much time with their kids, Rob and his younger brother Michael (the vocalist of Powerman 5000). Little Rob loved horrors.

The family survived a terrible attack on a tent city; it was a miracle that everybody stayed alive.

It was pretty challenging for Robert to graduate from school; further on, he entered an art college but quit soon. Before the young man founded his own group, White Zombie, he worked as a delivery guy and a loader for a couple of months.

The band sang about the world on the other side, and Cummings changed his style accordingly; he also took the stage name “Rob Zombie”. From the first moments, the singer invented his own style: long hair and beard that made him look scary.

Robert was the vocalist of White Zombie during the group’s entire existence. The other co-founder, Sean Yseult, played the bass guitar; the guitarist Jay Yuenger and the drummer John Tempesta were also the final lineup members.

The musicians debuted with the album Soul-Crusher and the single “Dragula” that did not bring much fame. However, critics welcomed the second one, Make Them Die Slowly. Iggy Pop contributed to the group’s third album, La Sexorcisto. The last work, Astro-Creep: 2000, reached the sixth position in Billboard 200 and became platinum.

By the moment of the solo career start, Rob Zombie had gained much experience of creating rock music; thus, success did not take long. In 1997, Rob organized his own project and continued to develop industrial and groove metal genres. He spent nine months in a recording studio and presented the first album, Hellbilly Deluxe; its number of copies was three times as large as White Zombie’s albums.

The next year was marked with tours in various countries and cities; Hellbilly Deluxe got the platinum status three times and remained one of the top collections in Europe. The single “Living Dead Girl” followed in 1998. Further on, Rob Zombie presented the remix on the first album and created the soundtrack for Mission: Impossible 2.

After the successful movie debut, the artist released the second album and collaborated with Ozzy Osbourne, Tommy Lee (Mötley Crüe), Kerry King (Slayer), DJ Lethal (Limp Bizkit), and Alice Cooper. The Sinister Urge was much spoken about; the most demanding music lovers took fancy for it.

Rob is not only a talented musician but also a prolific director and scriptwriter. In March 2003, his movie House of 1000 Corpses came out; it was a traditional horror with black humor elements. Zombie’s wife also appeared in this movie, as well as Sid Haig and Karen Black.

Two years later, the sequel of this movie, The Devil's Rejects, was released.

2007 was marked with the thriller Halloween, the remake of John Carpenter’s 1978 movie under the same title. Daeg Faerch, Malcolm McDowell, and William Forsythe starred in the new project.

The director gives the audience the opportunity to see the murderer Michael Myers from a different angle and understand what caused him to choose the path of violence and participate in bloody events. Critics appreciated the movie as much as the best Americans slasher movies: The Texas Chainsaw Massacre, The Hitcher, Friday the 13th.

August 2009 brought the second part, Halloween II. Initially, the director did not want to work on it: he felt no enthusiasm to continue.

The man spent two years on fruitless attempts to write the sequel. Finally, the Weinstein brothers and Rob Zombie, whose interest renewed, created the script. They paid much attention to the main characters’ relationship.

The same year, another project was finished: the animated horror comedy The Haunted World of El Superbeasto about the good characters fighting Dr. Satan. In 2013, the director expanded his filmography by the mystery thriller The Lords of Salem about the inhabitants of Salem, the place of witches’ residence.

In 2016, inspired by the Halloween theme, the director created the movie 31. It tells the story about five victims of a maniac who were kidnapped on the eve of the holiday. By the way, Rob Zombie’s fans got some secondary roles: they had helped him finance the project.

Apart from writing scripts and producing movies, Zombie is involved in voicing. For example, Ravager Navigator in James Gunn’s Guardians of the Galaxy (2014) has his voice.

There is little information about the musician’s private life. When he moved to New York, the man dated Sean Yseult; they organized a group together and continued to collaborate after their break-up.

In October 2002, the artist married an actress and designer Sheri Moon Zombie; the couple had been dating for a couple of years.

Few people know that Rob is a Christian, even though his lyrics are about hell and evil spirits. There is no wonder that the musician had a church wedding.

Nowadays, the family is happy. Rob Zombie often appears at his wife’s fashion shows, and the woman supports her husband in everything. Sheri is proud that her beloved one does not limit himself and shows his talents in music and cinematography.

In 2017, Rob Zombie performed at the Maximus festival in Argentina and sang several songs: “Dead City Radio and The New Gods of Super Town”, “Super Beast”, and “Living Dead Girl”. At that time, the man mentioned he was working on a new album, but no release date was given. Fans are looking forward to some news about it.

While the musician is quite busy with tours and new materials, he does not forget about his fans and often posts concert photos and personal pictures on his Instagram page.

The interest to the Apocalypse theme manifests itself in the new movie, the upcoming horror 3 from Hell; Rob Zombie worked on it as a director, scriptwriter, and producer.