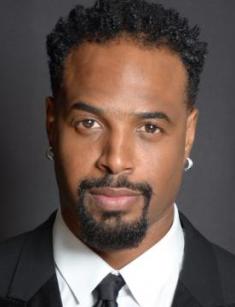 The actor, producer, screenwriter, Shawn Wayans, was born in a large creative family. He is the star of the crime comedy genre, which prevails among his numerous films. Many of his movies have involved the whole family because Shawn's brothers have also become directors, actors, and showmen. To be more precise, Shawn is a younger brother who followed in their footsteps. However, this fact does not prevent him from rapidly achieving the movie stardom and attracting fans all over the world.

Shawn Wayans was born on January 19, 1971, in New York City, USA. His father Howell Stouten Wayans was a supermarket manager, and mother Elvira Wayans was a social worker, but she mainly raised children: five daughters and five sons.

Shawn was the ninth child of the married couple. Only Marlon is younger than him; he also became an actor and producer. His senior eminent relatives include Keenen Ivory (actor and director), Kim (actress), Damon (actor and writer) and others.

Despite the abundance of children in the family, they have always been friendly. There was a clear division of responsibilities between them at home. Moreover, the parents were religious people who tried to raise their sons and daughters in an atmosphere of love and kindness.

However, Shawn and his brothers experienced life at street parties of the Manhattan neighborhood of Chelsea. In 1989, the guy graduated from the Bayard Rustin High School for the Humanities.

The young graduate immediately joined the cast of the famous American comedy series In Living Color, directed by his brother Keenen Ivory, along with other brothers and sisters. In this show, Fox channel viewers first saw the young comedian's talent, which allowed him to work on the project until 1993.

It should be mentioned that Shawn gained his first acting experience while studying at school. In 1988 he played a pedestrian in the film I'm Gonna Git You Sucka. After leaving the series In Living Color, Shawn worked briefly on TV show Hangin' with Mr. Cooper in 1993. In 1995, the large-scale project The Wayans Bros. was launched. The sitcom was produced and directed by Shawn and Marlon, who also played the leading roles.

The heroes of the sitcom are the Williams brothers, and their names are also Shawn (older) and Marlon (younger). The guys live in an apartment on 117th street in Harlem. But if Shawn is serious and responsible, owns a newsstand, then Marlon is a stupid, immature, girls-obsessed idler. In each episode, the brothers find themselves in different comic situations.

The TV show aired successfully on WB for four years, during which Shawn and Marlon became famous for other successful projects. In 1996, the brothers wrote the script for the crime comedy Don't Be a Menace to South Central While Drinking Your Juice in the Hood, produced the project, and played the leading roles in it.

Shawn's character is an African-American Tray named Ashtray. He moves to the Southern Central district of Los Angeles to his father, who, according to his mother, should teach him to become a man. The unlucky guy faces situations that are normal for the ghetto. Gangster showdowns, police chase, drug cult, etc. are waiting for him.

The film was a parody of several popular action movies. It mocks at such important issues as racism, the growth of drug addiction, unemployment, etc. This work of Shawn and Marlon was incredibly successful. The project grossed $ 20 million in the first week against the production budget of $ 3.8 million, although film critics gave a hostile reception of the movie.

The following successful projects include Scary Movie (2000) and Scary Movie 2 (2001), the comedies created as parodies of famous horror films, in particular, Scream directed by Wes Craven. This time the film was directed by Keenen Ivory, and Shawn also appeared as a producer and played the title role.

Wayans’ hero is Ray Wilkins, one of the young men who are pursued by a mysterious killer. Scary Movie has become an unprecedented commercial success, grossing more than $278 million worldwide. Although the continuation of the comedy was popular, it was less commercially successful.

In 2004, the Wayans family released a new project, the sparkling comedy White Chicks. The director was Keenen Ivory, and the younger brothers starred in it.

This time, their heroes are FBI black agents Kevin and Marcus, who perform a special mission to guard two wealthy Wilson sisters at an important event. To achieve the goal, the guys came up with an idea to hide the girls and disguise themselves as the sisters at the event. But they need to become white-skinned and slender “chicks” for this.

Viewers received the hilarious comedy enthusiastically. The actors had mixed feelings about the shooting because they had to make up for several hours a day and wear women's clothing and high heels (Shawn's height is 6.13 ft. (187 cm)). Viewers have been fond of the movie duo of Shawn and Marlon so much that they no longer perceive them individually. And the brothers do not even think of parting.

In the 2006 comedy Little Man, they filmed together again. Shawn's hero Darryl Edwards and his wife Vanessa (Kerry Washington) want to have a child and adopt a boy who turns out to be a very short convict, Calvin. He had just stolen a diamond from a jewelry store, and now his goal is to escape from the new parents.

In 2013, the actor took part in the TV series Noches con Platanito, and in 2016 he voiced a character in the animated film Animals.

When Shawn was young, there were many rumors about the actor, in particular about his sexual orientation. The situation changed when he married Angelica Zachary. They had three children in the marriage: daughters Laila (1999) and Illia (2003), and son Marlon (2006), named after his brother.

In 2005, the actor divorced his wife. After breaking up with Angelica, Shawn lives alone, but he is not lonely. The man periodically appears in public with pretty girls.

Shawn is fond of sports and leads a healthy life; numerous fans admire his attractive body.

Unlike his brother Marlon, Shawn is not an active Instagram user. His account has a few photos and posts.

Judging by the latest posts and posters in 2019, the comedian is now performing with his show and touring around the cities of the United States. Moreover, he is also interested in a DJ career. The net worth of $30 million allows the actor to live comfortably and do what he loves.