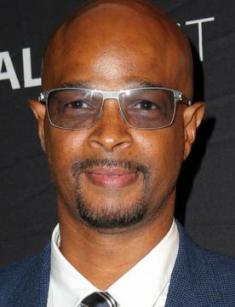 The American actor, producer, director, comedian and screenwriter Damon Wayans was born on September 4, 1960, in New York City. The boy grew up in a low-income family with many children. The actor has four brothers (Ivory, Marlon, Shawn, Dwayne, Keenan) and five sisters (Elvira, Vonnie, Nadia, Kim, Diedre). The boy had to leave school and go to work to help his family.

Damon began working as a stand-up comedian like his brother, performing in small clubs. His first performances were not popular but they helped Damon to earn and gain experience.

There is little information about the performer's childhood because Damon Wayans had to go to work early. He studied at the ordinary school. The future star began to make jokes, entertain the audience and come up with performances.

Years of work in the stand-up allowed him to get a humorous skill, which helped the comedian to succeed. His participation in the show Saturday Night Live did not bring popularity to Damon but he did not give up. He was invited to star in Martin Brest`s movie Beverly Hills Cop in 1984.

His colleague in the tape was Eddie Murphy. A lot of jokes, shootings, fights and a great game of actors did the job. The tape became popular. The charming, the audience remembered the aspiring performer and the directors noticed Damon and began to invite him to new projects.

In 1987, the new comedy with the participation of Damon Wayans Hollywood Shuffle was released. The TV star worked together with Robert Townsend. Then he played in the series A Different World, where he played the role of Marvin.

Damon started writing scripts and was involved in acting at the same time. He created such series as One Night Stand, In Living Color, My Wife and Kids. He also wrote scripts for the tapes Mo' Money, Blankman and the famous movie Major Payne.

Since 1990, Damon Wayans acted in projects not only as a screenwriter but also as a producer. It allowed him to control the plot of the series or movie and get a share of the profits from the rental.

The TV star tried to attract all his family to work, so he often met with his brothers and sisters on the set. So, he worked with his brother Marlon Wayans on the tape Mo' Money. The family of the star was called "the funniest family in America" because each of them managed to win the hearts of the American residents with jokes and fun.

1988 was a turning point in Damon's career. He managed to participate in four projects at the same time, each of which was successful: Earth Girls Are Easy by Julien Temple, The Last Boyscout by Tony Scott, Punchline by David Seltzer and Colors by Dennis Hopper. These roles helped Damon Wayans to get the status of a Hollywood star with millions of fees.

Russian viewers know Damon as the major Payne from the same tape, which was released in 1995. The retired major accepts an invitation to become an instructor in a specialized military institution for troubled kids.

The major communicates with children in a very strict form there but one of them doesn't listen to him. Payne's statements have been quoted for more than twenty years and new generations of viewers watch the comedy.

In 1996, the movie The Great White Hype was included in the filmography of the celebrity. Damon worked with Samuel L. Jackson in the tape. The actors often talked and consult with each other about new projects after filming.

The artist often starred in TV series in recent years. He can be seen in My Wife and Kids, Happy Endings and Lethal Weapon. Damon showed his comedic talent in each of the tapes. In general, Damon`s biography has more than fifty projects, where he acted as an actor, director, producer or screenwriter.

Damon Wayans was married once to Lisa Thorner. The couple married in 1984. They have four children: Damon, Michael, Cara MIA and Kyla. Damon continued the family dynasty and became a famous comedian. He is known for his work on the series Happy Endings and New Girl and he voiced the tape, Marmaduke.

Lisa and Damon divorced in 2000; they lived together for 16 years. The couple did not announce the reason for the separation officially, giving only such comments as "did not agree with the characters," "everyone decided to go his way" and "we always remain friends and parents." Their children accepted the news of their parents ' divorce quietly and continued to communicate with both parents.

Marlon Wayans is 12 years younger than Damon. He started working early as a stand-up comedian at the club, like his brother. Nowadays, Marlon is known for his comedy roles, including work in the tapes Scary Movie, Senseless, White Chicks and many other comedies.

Shawn Wayans is the middle brother in the family. He is an actor, producer and director, like his brothers. He became famous after the release of the comedies Scary Movie, Don't Be a Menace to South Central While Drinking Your Juice in the Hood, Little Man. The artist did not star in any movies over the past ten years.

Keenen Ivory Wayans is the middle brother of the Wayans family. He was the first, who began to make a career in the comedy business. Keenen Ivory became a producer of great comedies, where he invited his brothers to star.

Dwayne Wayans is the elder brother, who did not become an actor and chose another profession. Dwayne became a writer and composer. Brothers often invite him to write music for their tapes and TV series.

Kim Wayans is an American actress, producer and comedian. Kim began her career in comedy series like her brothers, which brought her first success. The actress decided to become a producer and to help her brothers in the shooting over time. In 2011, she tried her hand in a dramatic role in the movie Pariah. Critics praised her work but she did not dare to develop in this direction.

Damon Wayans lives in New York, meets with his family and continues to work. In 2018, the TV star worked on one project, the series Lethal Weapon. The ratings of the show grow every season, so Damon is engaged in this project. Damon Wayans has a net worth of $35 million.

The star protects personal life, so it is unknown whether he has a new girl. Damon is only with friends, colleagues, relatives or children when hr appears in public. There are no photos on Instagram, where you can see his girlfriend, so fans can guess whether he has a girlfriend.