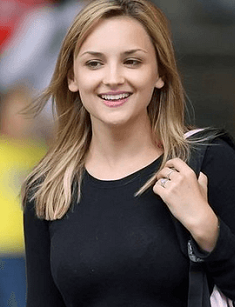 Phoebe, the daughter of an outstanding businessman Bill Gates, is only 17 years old. Being surrounded by the expensive things and famous people, she has not become arrogant due to a special upbringing she got from the relatives. Let’s know something new about the girl!

The girl’s birthplace is state Washington. Her dad is Bill Gates and mom is Melinda, representatives of the world of business. She is not the only kid in their family – she grew up alongside two siblings who are older than the girl.

As for her degree, the girl is a student of a New York special high school. Apart from studying there, Phoebe is keen on ballet and art and study these disciplines at luxurious educational establishments alongside other rich children.

There are gossips the girl would leave for Germany to get a degree there – this stage of education is named ‘Ausbildung.’

Rory John, Phoebe’s brother, graduated from a private school several months ago and now is preparing to enter a college. Phoebe lives together with her mom, dad and siblings in their own expensive house and often visits her grandparents.

Interestingly, even although Adele’s dad is rich enough to afford his kids luxurious clothes, travels, etc., she leads a relatively regular lifestyle. From the very childhood, she was limited by austere rules by her dad. Remarkably, Phoebe and her siblings were not allowed to use cell phones until they turned 15. However, even having got their own gadgets, the children could use it for only a couple of hours a day.

Once in an interview Bill Gates has noted he would not spoil his kids with luxury things, expensive clothes and innovational gadgets – he would prefer to spend the money donating to people in need, schools, and churches. Bill Gates frequently sends the children to various spots in the world, especially to the poorest countries, in order to demonstrate them the indigence and other horrible problems of people living there.

Phoebe was raised at home with strict rules – as a result; there is a combustion in Media about her real appearance. Earlier, several Internet sources often used photos of Jennifer Katharine Gates - Phoebe’s sister– and people thought it was Phoebe herself. Jennifer is 23 years old – she is used to visiting luxurious events, press-conferences, and seminars with her dad – that’s why there are lots of her photos on the Internet. Before Jennifer was out of the shadows, Social Media had used photos of Rachael Leigh Cook, an American socialite, as Jennifer’s ones. Interestingly, some Internet sites continue doing it even nowadays.

Speaking about Phoebe’s private life, she has not been mixed up with any heated scandal. As for her affairs, it is unknown if Phoebe has a boyfriend.

Besides arts and dancing, the girl likes horseback riding.

Being too young to work, the girl doesn’t earn money – that’s why it is impossible to evaluate her net worth. Speaking about, her dad’s net worth, it is evaluated at $90 billion.