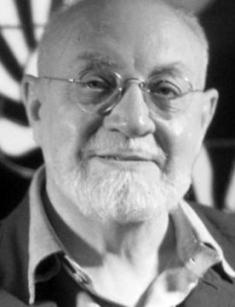 The brightness of colors, the simplicity of technique, expression - all these words describe paintings of French artist Henri Matisse that strike with their originality. The leader of Fauves (wild beasts) tried numerous directions in fine arts before he found his style, that differed from any other because of its "wildness".

The homeland of the great painter was the Northern town Le Cateau-Cambrésis, located in France. Here, in 1869, in the family of a prosperous grain merchant, a newborn came to life, and he was named Henri Émile Benoît Matisse. The fate of the child was determined - at that time, the first heir to the family was obliged to take over the father's business. However, the boy must have inherited the genes of his mother, who in her spare time engaged in decorating ceramic pots.

The parents prepared Henri for the future in every detail. First, he went to school and then to the Lyceum. Then the obstinate son, contrary to the will of the head of the family, went to Paris to study law. With a diploma, far from art, the young man returned home, where he worked for several months as a clerk.

An illness determined his fate. The creative biography of the gifted artist began in 1889 when Henri Matisse was operated on because of appendicitis.

He recovered after the surgery for two months. For her son not to die out of boredom, his mother brought art supplies to the hospital, and Henri started reproducing colored cards. At this time, the young man finally realized what he wanted to do for a living.

Henri could not fulfill his dream of becoming a student of the capital's School of Fine Arts. Matisse failed his debut admission exams, so first, he had to sit on school benches of other educational institutions, where he learned the basics of painting. Yet, in 1895, this "fortress" surrendered - Henri, together with the future well-known artist Albert Marquet enrolled at the desired School of Fine Arts, at the Studio of Gustave Moreau.

At the beginning of his creative career, the circle of interest of Henri Matisse included modern art, as well as a Japanese painting. Moreau, a symbolist to the core, sent his students to "play with color" in Louvre, where Henri tried to imitate the classics of painting, copying their works. The master taught them to "dream of color," and that is where Matisse's passion for finding suitable shades to convey emotions came from.

In early works, there could already be seen a mixture of Moreau's teachings with copied elements from the recognized masters of the brush. For example, Still Life with Two Bottles is ambiguous: on the one hand, dark colors show imitation of Chardin and broad strokes and a mixture of black and silver – of Manet. Later, Henri confessed:

"I perceive the expressive side of color purely intuitively. When I draw the autumn landscape, I do not remember what shades of color are suitable for this time of year. I am inspired only by the feeling of autumn... I choose colors not on a scientific theory, but by sense, observation, and experience."

The study of classics quickly bored the artist, and he turned to the Impressionists, in particular, he admired the paintings of Vincent van Gogh. The colors in the early works were still dim, but gradually, they gained brightness, the attraction to impressionism was transformed into his own unique style. Already in 1896, the first creations of the aspiring painter started appearing in art salons.

The first solo exhibition did not make a splash in the circles of art lovers. Henri Matisse decided to leave the French capital far to the North, where he tried his hand at the technique of point strokes. At this time, from his pen came the first masterpiece, Luxury, Serenity, and Pleasure. However, this style of painting was not close to the heart of this man either.

The revolution in the artist's work came in 1905. Matisse, together with a group of like-minded people, created a new style of painting, called Fauvism. The energy of colors, presented at the exhibition in the fall, shocked the audience. Henri presented two works – a portrait of a Woman with a Hat and the painting Open Window, Collioure.

A wave of anger fell on the artists; the visitors of the exhibition did not understand how it is possible to neglect all the traditions of fine arts so much. The founders of the style were dubbed Fauves, in other words, savages.

However, such attention, even if it was negative, brought Matisse fame and good dividends: there appeared fans of the paintings, who were happy to buy them. For example, Woman with a Hat was taken immediately at the exhibition by the American writer Gertrude Stein, and the canvas Joy of Life, which appeared in 1906, was bought by the famous collector Leo Stein.

A little later, a significant event happened – the artist met the yet unknown Pablo Picasso, the acquaintance resulted in decades of friendship, during which the masters of the brush competed with each other. Picasso said that the death of one of them would be an irreparable loss for the other because there would be no one else to discuss some creative issues so violently.

Two of the most famous paintings The Dance and Music, Matisse wrote for philanthropist and art collector Sergei Ivanovich Shchukin. The Russian collector ordered the pictures for his house in Moscow. The painter, working on sketches, set a goal of creating something that would bring a feeling of relief and peace to anyone who came to his mansion. Interestingly, Henri controlled the installation of paintings personally – the Frenchman went to the capital of Russia, where he was received with delight. The artist himself was impressed by the collection of ancient icons of the owner of the house and the simplicity of the Russians.

Apparently, the artist received an excellent fee, because immediately after that he went on a trip. He visited the Eastern fairy tale of Algeria, and when he returned home, Henri quickly sat down to work and produced the legendary painting Blue Nude. This trip made an indelible impression on Matisse. New elements started to appear in his work; the man created lithographs, engravings on ceramics and wood.

Matisse could not let go of the memories of the charm of East; the Frenchman continued to get acquainted with Africa, having gone to Morocco. And then he went on a trip to Europe and America. At this time, his work gradually began to lose the features of Fauvism, brimming with subtlety and a particular depth, there appeared a connection with nature.

During the Second World War, the doctors found a tumor in Henri Matisse's body; after surgery, the man could not move. At that time, Matisse invented a new direction in the field of decoupage, which is based on the compilation of paintings from pieces of colored paper.

The final great work of Henri Matisse was a large-scale design project of the convent in Vance. They say that the artist was asked only to edit the stained glass sketches, but he enthusiastically rolled up his sleeves and created a complete project. By the way, Henri considered this work to be a special sign of fate at the end of his life, and the best of his creative works.

Three women filled the personal life of Henri Matisse. In 1984, the artist became a father: model Caroline Joblau, gave the talented painter a daughter, Marguerite. However, Henri did not marry this girl.

Amélie Noellie Parayre became his lawful wife. He met her at a friend's wedding. The girl acted as a bridesmaid, and Henri accidentally sat next to her at the table. Love struck Amélie at first sight. The young man started showing signs of affection. The girl became the first close person who believed in his talent unconditionally.

Before the wedding, the groom warned the bride that the central place in life would always be occupied by work. Even on a honeymoon, the newly-made family went to London to get acquainted with the work of Joseph Mallord William Turner.

In marriage, the sons Jean-Gerard and Pierre were born. The couple also took Marguerite under their care. For many years, the daughter and wife were the main models of the artist. One of the famous paintings dedicated to his wife was The Green Stripe (La Raie Verte), written in 1905.

This portrait of the beloved woman struck the then art lovers with "ugliness." The audience believed that the representative of Fauvism went too far with the brightness of colors and truthfulness.

At the peak of popularity, which fell on the 30s, the artist needed an assistant. At that time, Matisse moved with his family to Nice. Once in the house, there appeared a young Russian immigrant, Lydia Delektorskaya, who became the assistant of the painter. At first, his wife did not see any danger in this girl because her husband never liked blondes. But the situation changed instantly: when Henri saw Lydia in his wife's bedroom, he rushed to draw her.

Subsequently, Amélie split from famous husband, and Delectorskaya became the latest muse of Matisse. What kind of relationship did the couple have? Was it love, or was the couple limited to working together? The answers to these questions remain unknown. Among a scattering of drawings and paintings depicting Lydia, the work Odalisque, Blue Harmony is of particular note.

On November 1, 1954, Henri Matisse had a micro-stroke. Two days later, the great artist died. Legend has it that Delectorskaya came to her husband's bedroom right before his death and said:

"If it were another day, you would have said, "Give me a pencil and some paper."

Henri answered with a smile:

"Give me a pencil and some paper."