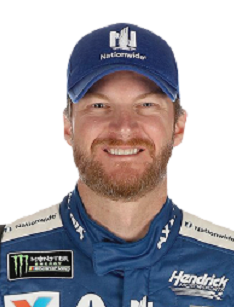 The outstanding racing driver was born in a respected and well-known family in the racing circuit. Since childhood he had a fixed aim – to become a racing driver. His talent and honed skills let him follow the continued success.

Dale was born in a prominent family. His parents and grandparents are connected with car racing; his grandfather, father, brother, and uncle are drivers. His ethnicity is German. He has got a sibling. His father was married several times and had several kids, and Dale has got a half-sister and a half-brother.

Dale's parents split when he was born, and the boy lived at his mother's house. When he was six, his mother's house was destroyed by fire. When Dale's mother lost the home, she gave up custody of two sons to his father. The boys were mainly raised by their older half-sister Kelley. At the age of twelve, Dale was sent to a military school. Kelley quit high school to join Dale.

His career started when he was seventeen. Dale attended the driving school, where by the age of nineteen, he honed his skills. Later he attended college to gain an associate degree in automotive technology. Those times the young man worked as a mechanic and participated in several races, Busch races among them.

The young driver's breakout happened in 2000 when Dale managed to break his father's record for fewest starts by the driver to earn his first victory. He took part in Winston Cup, where the young driver competed with his father and half-brother.

In 2001 Dale finished Daytona 500 second, and his father died after the crash in turn four. Dale had to participate in the other races following weekend after his father’s death, but he finished it with a lousy stat after the wreck on the first lap, that looked similar to his father's tragic wreck. The driver completed the season with an emotional victory at the Pepsi 400.

The season 2002-2003 proved to be a real roller-coaster for the racing driver. He suffered from a concussion, which he got in April but didn't admit to September. At the beginning of the season, he finished three races no better than 30th. At the same time, he became a title contender in 2003 season when he was involved in the 27-car crash at Talladega, but after a hard struggle, he finished the race as a winner. But the win was controversial due to Dale's crossing yellow line to gain position. It reported that he had to cross the line because the other contestant forced him.

In 2004 he won the Daytona 500. That win was six years to the Day when his father gained his first title. In July, he participated in the practice at Infineon Raceway. His car crashed, sliding off course and broke to the concrete barrier. The car burst into flames, Dale was inside and didn't wear balaclava with his helmet. That's why he received the second and third-degree of burn of his neck, chin, and legs.

In the fall, Dale had a productive weekend – he won the Busch and Cup races. That year he was penalized for using obscenity on the TV broadcast. He commented on the new rule of NASCAR prohibiting drivers from using obscene words. This case and two consecutive DNF's in the Chase caused his finishing the fifth. Nevertheless, it was the other prolific season for Dale. He finished the year with six wins and sixteen Top 5s.

He drove for his father's company till 2007 when Dale announced that he was going to drive for Hendrick Motorsports. He explained that the driver wanted to widen his career opportunities and took part in the Sprint Cup Championship.

In 2008 he won his first race for the new company. That year he had docked 50 points when his rear spoiler didn't meet the Nationwide Series' standards. He finished the season 12th in points, 557 points behind the champion. Next year he ended winless, in 2010 he was involved in a multi-car wreck, but stayed uninjured. Next-Day he was close to the win but finished the race second. At the end of 2010, he won the NMPA Most Popular Driver award for the 8th consecutive time. In 2011 he appeared on the Sprint Cup for the first time since 2008. He ended 7th. In 2012 Dale missed several races due to concussion.

He finished the 2013th season with two pole positions and ten Top 5s. In 2014 during his participation at Talladega, he started 28th and was involved in the crash, which ended his chances to win. Even though he was knocked out of the Chase, he did his best at Martinsville and won the race. This year proved to be the best season since 2004. In 2015 the final of the season, the driver was crashed winding 40th. In 2016 he missed several months due to concussion, but he managed to win the NMPA Most Popular Driver Award for the 14th consecutive time in December.

In 2016 he was a guest analyst on NBC and Fox news. In 2018 he became a commentator on NBC. He appeared in the movie "Talladega Nights: The Ballad of Ricky Bobby." His racing car № 8 appeared on "Herbie: Fully Loaded," as well as his car number 88 appeared on "Transformers: Dark of the Moon." He hosted the show "Back in the Day." He voiced several movies and one game. Thus he voiced himself in the movie “Cars” as car № 8 named Junior. He also made several appearances in music videos, "Show Me What You Got," with Jay-Z among them. He also hosted a radio show.

In 2014 J.Cole's rant at the end of his 2014 Forest Hills Drive, the Roc Nation artist shouted out NASCAR star Dale Earnhardt Jr, which led to the two gracing the cover of ESPN magazine's music Issue.

He is co-owner of several car racing teams, JR Motorsports among them. In 2003 he and his stepmother Teresa Earnhardt founded the other driving company, but it met financial struggles and went out of the business.

Besides, he is an owner of the media production, which produced the TV show “Back in the Day”. Dale was one of the investors who built Alabama Motorsports Park. In 2012 he entered the automobile dealer business. The driver has several restaurants.

His activity closely connected with the national association as he worked as an analyst, author, and team owner. He finished his career as the most popular driver in a NASCAR record and the second all-time driver. In 2018 he took part in the Xfinity series, which he finished the fourth. Besides, he won nine exhibition races. Today he continues to participate part-time in the Xfinity series. In 2017 the announced that it would be the final year driving full-time.

Dale is a die-hard and a passionate fan of Washington Redskins. He is the owner of the graveyard of wrecked cars. In 2016 he married his long-time girlfriend. In 2016 he announced that after his death, he donate his brain for concussion research. In 2018 Dale became a father of a daughter. In 2019 he, his wife, daughter, and dog were involved in a plane crash - bounced landing at the airport when the aircraft caught fire. But none of the passengers weren't injured seriously. Dale is one of the wealthiest all-time athletes and the richest NASCAR drivers in history. His net worth is $400 million.

In 2018 he was thoroughly impressed with the show of Gwen Stefani and Blake Shelton who rocked the house at the NBC Super Bowl party. He shared this news on his Instagram. Many people found a huge resemblance between the racing driver and Prince Harry.