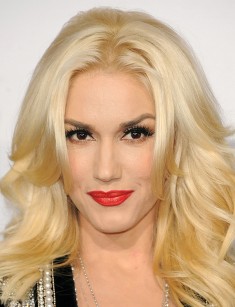 Gwen Renée Stefani is an American singer and songwriter, a soloist of No Doubt band, a fashion designer of clothes and accessories.

Gwen Stefani has a younger brother and a sister, Todd and Jill. Her elder brother Eric has helped the girl to develop her talent and to gain significant popularity.

Gwen grew up in the middle-income family. Her father, Italian by his origin, worked in the marketing hotel of the Japanese corporation. The daughter has inherited from her mother a shred of Irish and Scottish blood. At first, her mother worked as an accountant, and later she devoted herself to the family and children.

The girl demonstrated her musical abilities in the early childhood: she sang at home when her elder brother Eric accompanied her on the piano. At school, she learned to play the flute and performed her first song at the school concert.

The future celebrity was fond of drawing, swimming. Mother taught her daughter to embroider and sew what subsequently helped Gwen in her hobby of altering the ready-wear clothes. She pursued clothes in the shop and changed it for her taste, and created an outstanding outfit.

After school, Gwen has finished art courses at the local college and later entered the University of California. Already in youth, the future queen of ska, grunge and punk rock was courageous, bright and self-independent. She didn't want her family to pay for her studies that's why being a student she was working as a janitor at the restaurant and later was a sales consultant in the perfumery shop.

Gwen Stefani began her creative career as a singer in 1986. Her elder brother Eric together with his schoolmate John Spence has organized No Doubt ska band. Eric was a keyboard player, John was a vocalist, Tony Kanal was a bass guitarist, and Gwen became a backup singer. The girl couldn't miss such a tempting opportunity as since childhood she was fond of Madness band which was also performing ska style.

Already at the age of seventeen Gwen recorded her first song and was extremely happy. Her remarkable and strong voice, a mezzo-soprano, soon found the better use that the backup vocal. A year later after the foundation of the band, John Spence committed suicide, and the guys decided to continue his business. Beautiful Gwen Stefani became the soloist of No Doubt band.

Eric was the next one to leave the band as he finished his music career. Gwen's brother was so versatile, as well as his famous sister that’s why he soon found himself as the art animator and the author of Simpsons animated series. Before Eric changed his profession, No Doubt band had managed to gain considerable popularity in the native town, and in California. Moreover, by that time they released two albums.

The first album was released in 1992; the second, Tragic Kingdom came out only in 1995. The guys worked on the second album for two years; they recorded it at eleven sound studios. During this time Eric managed to leave the band and Stefani broke up with Tony Kanal with whom they had relations for eight years.

Their parting resulted in the singer's depression and composing of touching songs devoted to her tragedy. The artists have recorded the third album Beacon Street Collection which was sold out at their concerts.

In 1995 there was released the long-awaited, hard-won album under the title of Tragic Kingdom. However, at first, it didn't bring success to the singer. The songs became hits step by step; at first, the composition Just a Girl became popular. Later, it was the turn of Don't Speak and other ballads. This album became platinum, the videos were shot for the songs, and Gwen at once was called a sex-symbol. This album was nominated for Grammy, and the soloist of the band won the nomination for Outstanding Vocalist of the United States at California Music Awards.

In youth, Gwen liked to shock the public. Being a natural brown-haired woman, she always dyes her hair ashy blond, and her "tricks" - bright red lipstick and classic cat eyes - stress singer's unique features and personal style. Earlier, Gwen Stefani appeared in the form of a punk rocker, with chains, rivets, later you could see her with a bindi on her forehead. At the age of 26, she has changed who she was and dyed her hair pink and began to wear braces on her even teeth.

Together with the band, the singer has recorded two more albums in style different from ska (Return of Saturn and Rock Steady). Then, she became engaged in her solo career. In 2000 she released the songs and videos Southside in a duet with Moby and Let Me Blow Ya Mind together with Eve.

The first Gwen Stefani’s solo disk Love. Angel. Music. Baby came out in 2004. The singer has preferred pop music in the style of 80-s. Farrell Williams, André 3000, Linda Perry have helped Gwen in the process of her album’s recording. The disk has had great success, and the compositions Hollaback Girl, Grammy, Luxurious and Cool songs became hits at once.

Also, Gwen's fans liked her What you waiting for?, in which beautiful blonde appeared as Alice in Wonderland. The song Rich Girl recorded in a duet with Eve became the highlight of this album.

The next solo album The Sweet Escape which came out in 2006 and the composition 4 in the Morning brought Gwen Stefani her next Grammy award. In 2009 the singer stopped her solo performances because of the new tour of No Doubt band. In 2012 the group returned to performances having released the album Push and Shove.

In 2014 the singer sang the song My Heart Is Open together with Maroon 5 (with this song Gwen performed at Grammy Awards ceremony 2015). Also, she released the single Baby Don't Lie and has recorded a track Kings Never Die in a duet with Eminem of which she was dreaming a long time ago.

In March 2016 Gwen released her third solo album – This Is What the Truth Feels Like.

In 2014 the celebrity accepted the invitation to take part in the show The Voice. She replaced Christina Aguilera and became the fourth judge of this contest.

The public has remembered talented singer and songwriter Gwen Stefani due to her episodic roles in the movies. Perhaps, her acting in the film The Aviator turned out to be the most remarkable appearance of the beautiful blonde on the screen. Gwen has performed the role of Jean Harlow, and Leonardo DiCaprio and Cate Blanchett became her partners on the movie set.

Moreover, the young woman played herself in the comedies with Ben Stiller - Zoolander, in the pictures and series Dawson’s Creek, Gossip Girl and Portlandia. The songs performed by Gwen and No Doubt band are soundtracks in sixty pictures.

After parting with Tony Kanal, Gwen Stefani got acquainted with Gavin Rossdale, the leader of Bush rock band. Six years later, in 2002, the singer's admirers have learned the delighting news that their favorite singer was going to get married. The wedding was magnificent, and the bride appeared in the dress from John Galliano. In this marriage, three children were born at Gwen and Gavin: sons Kingston, Zuma, and Apollo.

The public was delighted by the news that the singer was pregnant with the third child. However, by that time the musicians began to have severe problems in their marriage. After thirteen years of their life together Gwen has filed for a divorce. There were rumors that her ex- husband’s betrayal became the reason for Gwen’s decision.

However, Gwen didn't give up and began to have her personal life again, without having received divorce documents. Blake Shelton, the musician and her colleague on The Voice project became her new beloved man.

Gwen Stefani has donated one million dollars to help Japanese children who were injured during the earthquake in 2011. Moreover, with the same aim, the singer has held a charity concert and the sale of her T-shirts. Sometime later Gwen has sold her evening dress for 125000 dollars at the auction sale and has sent this sum for charity.

In 2003 the singer had released the fashion clothing line of her design and created the same-name LAMB brand which received its name in honor of one of the singer’s albums. Youth clothes and accessories, perfumes, handbags are presented in brand collections. Even the fussiest celebrities aren't fastidious about the pursue of Gwen Stefani's production.

The singer prefers LAMB clothes too, and Stefani has a good taste of style. She is still not only "a stylist for herself," but also puts a make-up with her own hands, without using the services of makeup artists.

Besides, the talented lady has produced and released the line of OPI nail polish and shadows palette in cooperation with Urban Decay.

Looking at the last picture of the singer on Instagram one can ask a question about the age of this girl who looks no more than thirty? It's fantastic, but in 2017 Gwen will celebrate her 48’s birthday, and she looks young and beautiful as at the beginning of her career.

The bright singer and mother of three children continues to be creative and to have love affairs even after the divorce with her beloved husband, without having lost her natural charisma, beauty, and talent. However, this ideal picture was marred by the message of some coldness in the relationship between Gwen Stefani and Blake Shelton. Perhaps, the young people just decided to have rest from each other, having taken a short vacation. 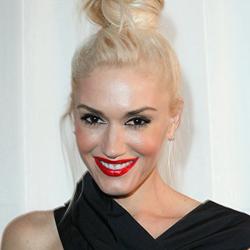