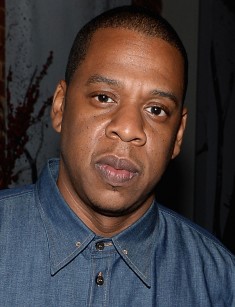 Shawn Corey Carter, also known as the rapper Jay-Z, is one of the bestselling and award-winning American musicians. He has become the record-breaker of the prestigious chart Billboard 200 among solo artists; overall, only The Beatles surpassed him in the entire history of music. Jay-Z is a frequent winner of the Grammy Award.

The future star was born in Bedford-Stuyvesant, Brooklyn, New York. Shawn grew up with three siblings; his mother Gloria was single since the children’s father Adnis Reeves left the family when the kids were small. Later, he died of liver disease.

Carter was not an industrious student at school; actually, his education was not complete. From the early age, the boy was passionate about music. Jay-Z’s mother remembered the boy would wake up before anyone else, go to the kitchen, and create rhythmic melodies hitting on a clothed table by his palms. In the end, Gloria bought a Boombox for the boy: the popular portable music center. Shawn started freestyling.

The young man created his first sets under the name “Jazzy” which later transformed into “Jay-Z.” Music became the life-saving ticket from the criminal world: the rapper lived in the place where his peers either joined gangs or abused drugs.

Jay-Z began to draft music in the early 1990s. He performed with other rappers: The Notorious B.I.G, Damon Dash, and Kareem Burke. Besides, Jay-Z rapped in Mariah Carey’s music video “Heartbreaker.”

When the musician had enough material to release his own album, he decided to build a solo career and started looking for a studio. However, organizations offered only disadvantageous conditions, so that the young man would get a pittance.

Under these circumstances, Jay-Z and his friends founded their own company Roc-a-Fella Records and had the first album Reasonable Doubt released. The project was a success. The album placed 23rd among the albums of the year and reached the third position in the young people’s music. The songs “Ain’t No Nigga” and “Can’t Knock the Hustle” were the most popular tracks of that period.

Next year, the new album In My Lifetime came out. The hits “The City is Mine,” “Who You Wit,” and “(Always Be My) Sunshine” helped the album become the third in Billboard’s Top Album Sales. From the next album, Hard Knock Life, all albums of the musician topped American and world’s charts.

The songs “Empire State of Mind,” “Niggas in Paris,” “Jigga My Nigga,” “I Just Wanna Love U (Give It 2 Me),” and “Holy Grail” became the greatest hits. In 2013, the album Magna Carta Holy Grail was presented.

Jay-Z demonstrated an interesting tendency in the titles of his albums. The musician gives numbers to albums to illustrate their connections, even though some of them were not released consecutively. For example, In My Lifetime, Hard Knock Life, and Life and Times of S. Carter were marked with numbers 1, 2, and 3 while the albums of the series Blueprint had only different numbers. Between The Blueprint 2 and The Blueprint 3, there were three other projects.

The rapper continues to collaborate with other musicians and presents new singles, for instance, “Spiritual,” “Part II (On the Run)” и “All the Way Up.” Together with Linkin Park, Jay-Z recorded the album Collision Course, and the album Watch the Throne was created together with Kanye West.

Jay-Z does a lot of charity work. For instance, he and his mother founded the organization which helped financially challenged students. Besides, the rapper promoted the idea of supporting ecology and keeping water clean.

In 2006, Shawn Carter was actively engaged in fighting against racism and anti-Semitism; later, he was somehow involved in politics as he encouraged citizens of Illinois not to ignore the presidential elections and express their position more openly. During the agitation, Jay-Z met the US President Barack Obama who later described Carter as a very interesting person to talk to.

In 2002, Jay-Z met the iconic American singer Beyoncé. They collaborated a lot, then started seeing each other, and married in 2008. Four years after the marriage, their daughter Ivy Blue was born. The stars try not to discuss their private relationship with fans and journalists: in their opinion, it is grandstanding.

In 2017, the musicians had new babies in the house: Beyoncé gave birth to twins. The news about the singer’s pregnancy came in February: the woman had a naked photo session, and everyone could see her belly bump. Beyoncé mentioned she had three hearts. She continued to communicate with her fans throughout the whole pregnancy and regularly posted photos on her Instagram page without embarrassment that her body was changing.

The couple prepared for the important event. Jay-Z bought a new, large mansion for $120 million so that all family members had enough space.

Soon after the twins were born, the journalists learned their names: Rumi and Sir. Rumi is Beyoncé’s and Jay-Z’s favorite poet, so the parents decided to name their daughter in his honor. The boy was named Sir, and there was a reference to the British title there: the parents believed the boy was behaving nobly, like a British.

The musicians did not go out for a long time after the twins were born. For the first time, they appeared at Rihanna’s Diamond Ball.

At the end of 2017, Jay-Z attracted fans’ attention to his personal life. At that time, the news was not pleasant: the rapper confessed he had cheated on his wife.

Jay-Z’s unfaithfulness was no big secret for fans. In her album Lemonade, Beyoncé interpreted that story, and Jay-Z also opened his heart in the album 4:44 (2017) full of memories and regrets. This personal work became platinum. One of the songs, “Family Feud,” was recorded with Beyoncé.

In his new interview, Jay-Z openly admitted the marriage was at the edge of divorce, but the couple managed to find the common language and overcome the problems. Besides, the musician mentioned his unfaithfulness had to do with his childhood problems: living in a disadvantaged neighborhood made the man emotionally walled-off which resulted in family ordeals later.

In 2018, the US President Donald Trump addressed Jay-Z; the topic under discussion pertained to the protection of rights, not music. On his Twitter, the President asked users to let Jay-Z know that the unemployment rates among black Americans were the lowest due to the new President’s politics. This message was caused by the rapper’s criticism of the country’s leader: Jay-Z publicly condemned Trump’s words when he called African countries and Haiti “shithole countries.” 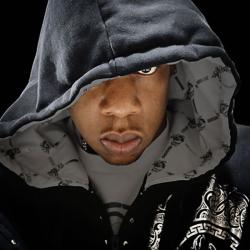