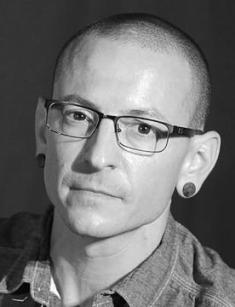 Chester Bennington’s name is closely connected with a significant epoch of international rock music; he was the legendary soloist of Linkin Park, a talented musician, and a charismatic person. Perhaps, even those who do not like rock are familiar with his voice. The artist’s life was far from being cloudless.

The future singer was born in the provincial town, Phoenix, Arizona, on March 20, 1976. The boy’s father worked as a police detective, and the mother was a nurse. When Chester was eleven, the parents divorced, and the mother left the house with the kids: Chester’s sister, and brother, Brian. Chester and another sister stayed with the father.

Left by his mother, the teenager got into a suspicious company. The boy abused alcohol and drugs and had endless scandals with his dad. Perhaps, young Chester only wanted to grab the adults’ attention: he lacked it desperately after the divorce. Some of the would-be artist’s friends did not survive to their legal age: they committed suicide, and one of them died accidentally. The situation seemed to be as worst as possible.

However, Bennington had to endure much more: one of the family’s friends sexually harassed him; the child could have been raped. In one of his interviews, the musician said:

Work and interest to music saved Bennington; they were the only reason to wake up for him. As the young man graduated from school, he got hired at Bean Tree Coffee House.

Chester began to develop his music skills from the piano. He changed several instruments, bands, and genres until 1993 when he joined Grey Daze. It was the first step to success and fans’ love.

Chester Bennington was a vocalist in Grey Daze for five years and recorded two albums. At some point, he had too many arguments with the group and left; Jodi Wendt replaced him. Soon, Chester and Sean Dowdell, the former member of Grey Daze, opened their own tattoo salon: tattoos were another passion of Bennington, and he had more than ten pictures on his body.

One day, the group Xero (future Linkin Park) posted an ad: they wanted a new vocalist. Some acquaintance recommended them to contact Chester Bennington. The audition happened via phone, and the artists were impressed immensely; they invited Bennington to the next stage in Los Angeles. The second audition showed that the singer’s voice perfectly suited the project, and he joined the group.

The group changed its name from “Xero” to “Hybrid Theory”; the first album of the renewed team had the same title. Producers quickly noticed their talent; the band signed a contract with Warner Brothers Records. Once again, the group name had to be changed: another team had the rights for “Hybrid Theory”.

“Linkin Park” derived from Chester’s offer “Linkoln Park”: it was necessary for the musicians to register their own website, and the domain “linkolnpark” had already been taken. The first album was released in 2000; it was a triumph. The next two years, the group was working on the remixes to those songs.

The next album, Meteora, was notable for the songs “Somewhere I Belong”, “Numb”, and “Breaking The Habit”. The latter track was created by Mike Shinoda; it was very personal and described the ordeals young Chester had had to face: childhood problems, addiction, and the pain that could be expressed only in music.

The following albums of Linkin Park were diverse and combined many genres, from hard rock to hip hop and light music; only Chester’s powerful vocal remained. Fans still love the group’s hits; perhaps, every music lover had Chester Bennington’s and his colleagues’ posters.

Apart from music, Chester discovered the interest in acting; his filmography is not long, though. The first projects, Crank and Crank: High Voltage, brought episodic roles; they were not top-grossing. Still, it was an exciting experience for the artist.

In comparison, Saw 3D was a success among horror lovers; Chester personified one the maniac’s victims.

Still, despite his success and love of millions, Chester Bennington kept fighting against his alcohol abuse that helped the musician forget the dark moments of his childhood.

Bennington’s personal life was less stormy than his career. The man met his first wife, Samantha Marie Olit, when he was a member of Grey Daze. The couple married in 1996, when Chester was 20. They had not even the money for the wedding rings; however, Samantha was not afraid of poverty. The lovers found a way out: they had tattoos picturing rings.

In April 2002, their first child, Draven, was born. The son could not prevent the family from breaking up in 2005; the boy stayed with his mother.

The musician did not spend much time alone: at the end of the year, he married the Playboy model Talinda Bentley. The son Tyler Lee and the twins Lily and Lila were born in this union; besides, the couple adopted two boys, Isaiah and Jaime.

On July 20, 2017, Chester Bennington was found dead in his own house in Palos Verdes Estates, California. Instagram and Twitter burst with comments: some fans expressed their condolence to Chester’s family; others could not believe their icon had been gone.

The police revealed the cause of death: the musician was found hanged. Upon preliminary information, it was suicide. Bennington could have done it because of alcohol abuse he could not overcome.

That day, the official Linkin Park YouTube channel premiered the new music video, “Talking to Myself”; more than eight million people watched it on the first day.

Chester Bennington’s net worth was $30 million.