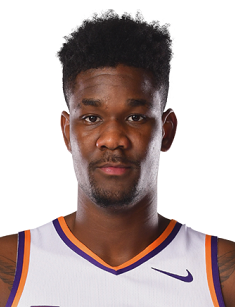 The Nassau native, Deandre Ayton started his NBA career in 2018, as a rookie of Phoenix Suns, which picked him with the first number. Deandre was drafted after one season in college. He represents the Bahamas national basketball team. He plays at a center position. Deandre is considered to be one of the most prospective NBA players.

In 2019 he was named to the best rookies of the season. Also, Deandre signed an endorsement deal with Puma in 2018. His net worth is roughly estimated at $5 million, including all of his properties and earnings.

The Ayton’s story started in a small Bahamian city, Nassau. His birthday is on July 23, 1998. Ayton lived in a two-room house with his mother, his stepfather and his four siblings. Their neighborhood was very far from the gleaming resorts, visited by a lot of tourists. Every kid, growing up there, wanted to be a basketball, baseball or football player. But basketball was number one.

Ayton had always been tall for his age, but until the basketball camp, his only athletic experience was playing pickup soccer in his neighborhood. He barely even knew the rules of the game, much less how to execute them. When Ayton reluctantly agreed to visit the Jeff Rodgers' Basketball Camp during the summer of 2011, he had no idea how drastically his life was about to change.

As soon as Deandre got the ball in his hands, he wanted to play against the best and be the best. His parents were not well off, but they managed to send their son to the national academy, a private school.

Deandre moved to California to enter the Balboa City School. Since it had no athletic teams, Ayton was left to train in a local municipal gym and play a few games with U-17 AAU teams. When Ayton was in eighth grade, the head coach brought him to AAU tournaments to compete with players his own age. It was a joke, as Deandre just dominated.

In February 2013, Deandre also turned heads at the Pangos Middle School All-American Camp in California. After a few days of displaying his incredible versatility—from throwing down a double-clutch reverse dunk to leading the fast break to sinking feathery baseline jumpers—Ayton was recognized as the best eighth-grader in the country.

In 2015 Deandre entered Hillcrest Prep Academy. In summer he came to the Under Armour Camp, hoping to fortify his standing as one of the top high school players in America. However, midway through the second day, it was apparent that he could not play through the pain from a fractured kneecap he had sustained earlier. That prompted Ayton and his high school coach to decide he would have to sit out not just the rest of the camp, but also the rest of the summer recruiting circuit. It was a huge disappointment.

ESPN and Rivals.com ranked Ayton as the No. 1 recruit in the Class of 2017. NBADraft.net listed him as the top pro prospect in high school, regardless of class. Scout.com also ranked him as the best player in the country. Ayton’s game—his ability to attack the rim with power, combined with his exquisite handle and dependable jump shot—evoked comparison to a young Kevin Garnett.

In 2017 Deandre joined the Wildcats of the University of Arizona. Deandre was in the fire; his averages stats were incredible: 20.1 points, 11.6 rebounds, and 2.0 blocks per game. He spent 34 games; in 17 of them, he scored more than 20 points. Also, he made double-doubles 23 times. Named to numerous All-America teams in his lone season for Wildcats, he became the most desirable player on 2018 Draft.

In 2018 Suns received the highest draft pick first time in the history of the club. They selected Deandre Ayton. On July 3 he signed a two-year $17.7 million contract with them, including $17.7 million guaranteed, and an annual average salary of $8.8 million.

Having played collegiately at Arizona and in Phoenix’s high school, Ayton became the first No. 1 overall pick in association’s history to be selected by a team in the same state where he played in both college and high school. Ayton joined Devin Booker and Josh Jackson, and Suns could hope for a high position at the end of the season.

“This is a historic day for the franchise. Deandre is a special player, and we are thrilled to welcome him home to Phoenix. It is extremely rare for a player with his size, length, and athleticism to be able to not only finish around the rim but also step away from the basket and make shots. At 7-1 and exceptionally strong, he is uniquely gifted with his hand-eye coordination and footwork. Also, he has strong ties to this area, and we can’t wait to see him in a Suns uniform.”

Ayton’s debut game was against the Mavericks. He scored ten rebounds, 18 points, and six assists, becoming the first player since 1969, who could earn such stats. Ayton immediately became the foundational player of the team, gaining double-double one by one. He set the franchise’s new record in its amount, according to basketball reference.

In December he spent the best game of the season. He scored career-high 33 points, added 14 rebounds, six assists, four steals and three blocks to them. However, Deandre spent his last game on March 30. He missed the rest of the season because of the ankle injury. The player became one of the three best rookies of the season, however, lost the award to Luka Dončić. Suns ended the season with 19-63.

In 2018 top draft picks Deandre Ayton and Marvin Bagley, who was like a brother to Ayton, surprised many sneaker heads when they decided to sign shoe deals with Puma, which hadn’t been a powerhouse in basketball footwear for many years. The adding two potential association stars was how it was trying to build up its basketball brand.

Puma released images of the shoes that Ayton and Bagley would be sporting during their rookie season. The shoes were called the Puma Clyde Court Disrupt, inspired by Puma’s first signature athlete, Walt “Clyde” Frazier. However, there was just one problem when Ayton took the floor for his first NBA preseason game. Puma didn’t have his shoes quite ready yet, so Ayton wore Nikes with the logo taped over instead.

Deandre took advantage of all of the benefits of being a professional athlete. One of the benefits is the women that surround young athletes. His new girlfriend is Brooke, who confirmed their relationship through her Instagram in June 2019. Earlier Ayton was dating with Anissa Evans.