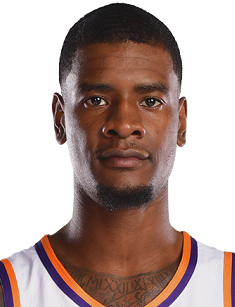 Born in San Diego, Joshua O'Neal Jackson started a basketball career in NBA in 2017, as a rookie of Phoenix Suns. He was one of the most prospective players of 2017 Draft class. He was chosen after Markelle Fultz, Lonzo Ball, and Jayson Tatum. Jackson was playing for Suns in 2017 – 2019. On July 7, 2019, Joshua signed with Memphis Grizzlies. He represented the junior national team of the USA and won U17 and U19 World Championships.

Josh plays at a small forward and shooting guard positions. The player was arrested several times. Josh has a net worth of $5 million, which he has made from endorsements and basketball career.

Jackson’s mother played college basketball in Kansas and Texas. She excelled on the court but struggled academically. She was academically ineligible for her senior season and joined the Navy and played for their basketball team. She left when she became pregnant with Jackson. She decided she couldn’t play basketball and raise Jackson at the same time.

Josh was born in San Diego on February 10, 1997. Eight months later he and his mother moved to Detroit, where Josh spent his childhood. As Jackson grew up to be a great player, she decided to dedicate herself to making his basketball career. Jackson split his high school years in Detroit and Napa.

Initially, he entered Consortium College Prep School in Detroit. But he spent his last two years of high school at Justin-Siena High School. As a freshman, he led his team to a regional championship; the 2013 Michigan Class C quarterfinals and a 21-4 record, starting all 25 games and averaging 18 points, 7 rebounds, and 6 assists.

While Jackson was playing in a 2014 tournament in Las Vegas, he lost his stepfather, Clarence Jones. Clarence and his mother were married for ten years, and Jackson referred to him as “dad.” Clarence Jones’ death was just one in a string of tragedies Jackson had faced.

His high school coach died during his freshman year. Then, while he was playing in Greece on Team USA’s under-19 team, a cousin he considered a great friend was killed.

In 2016 Joshua enrolled at The University of Kansas (UK). He became one of the most decorated freshmen in the history of Kansas basketball. Named to numerous All-America teams in his lone season there, he became only the fourth KU freshman to be named first team all-conference.

Josh Jackson was one of the top picks in the 2017 NBA Draft after just one season in college. The Phoenix Suns picked Jackson with the fourth pick. However, there were some concerns that the Suns played unfairly before the draft. The week before Draft night the Celtics’ team plane was en route to Sacramento to work out Jackson when Celtics’ president of basketball operations Danny Ainge got the word that the workout had been canceled.

He was annoyed. He said to Boston reporters that Jackson had canceled a scheduled workout with the Celtics at the last minute. Later it became known that no one in Boston talked to Josh, who called the reason for the cancelation was bad timing of workout. On July 3, 2017, he signed a two-year $11.1 million contract with Suns. In selecting Jackson, the Suns added a high-ceiling player to a talented core that already included Devin Booker, Eric Bledsoe, Brandon Knight, and Dragan Bender.

According to Joshua’s profile on basketball-reference, in his rookie season, he played at various positions. He was fined for the indecent gesture by the fan already in his third match. However it didn’t prevent him from scoring career-high 20 points in November, 29 points in February, and 36 points in March.

Also, Josh was managed to earn his debut double-double in a match against Thunder. Thanks to his stats, Josh was named to All-Rookie Second Team.

In May 2015 San Diego-native proved to be the Suns’ good luck charm at the NBA Draft lottery in Chicago. Jackson, wearing a beige suit and black bow tie, was the Suns’ representative at the lottery — one in which Phoenix, for the first time in team history, snared the No. 1 overall pick. Soon, Josh joined Deandre Ayton and other rookies in preseason games. In the 2018-19 season, Jackson was considered to be a new Suns’ leader.

Jackson showed flashes of his potential, but he had his share of struggles and found it difficult to control his emotions at times. He spent 79 games, where his averages stats were 11.5 points and 4.4 rebounds per game. Jackson didn’t live up to expectations, but the Grizzlies were interested in developing him.

On July 7, 2019, the Suns traded Josh, and two future second-round draft picks to the Grizzlies in exchange for Jevon Carter and Kyle Korver, who they were expected to buyout. Josh signed a three-year $18.1 million contract with Grizzlies, including $18.1 million guaranteed, and an annual average salary of $6 million.

In 2017 Under Armour signed Jackson to a multi-year partnership. He was thrilled to officially be a part of team Under Armour as he started his professional career. Also, he called the brand "a leading force in basketball".

Jackson was arrested in May 2019 and charged with resisting arrest after an incident at the Rolling Loud music festival in Miami, where he allegedly attempted to enter a VIP area without the proper access pass. He returned some time after being denied access and got into a scuffle when the officer asked him to leave a second time. The charges included escape and “resisting officer without violence to his person” as both a felony and a misdemeanor.

In February 2017, Jackson and his former teammate were charged in criminal damage case to the property for allegedly damaging a car. Jackson was issued a summons to appear in court for criminal damage to property of less than $1,000, a misdemeanor. Later, he apologized, paid a fine, and passed anger management courses.

In June 2019, Josh was accused by the mother of his 5-month-old daughter of using marijuana and then getting their baby high off the drug. According to court records, Jackson and Lorena Villela had been locked in a bitter custody battle over paternity, child support, and other issues. A paternity test proving Jackson was the child's father was completed in April by LabCorp.

Villela said the infant appeared to be under the influence of marijuana after spending time at Jackson’s home, and she smelled the drug coming from his house when she picked up the child. She alleged that after Jackson spent some more quality time with the baby on May 22, she noticed the child was very lethargic, and appeared to be high and could only lift her eyelids to the midway point.

Jackson denied the allegations and allegedly responded to Villela’s marijuana accusations in a text, claiming he didn’t smoke marijuana when he was around the baby or before he saw her.