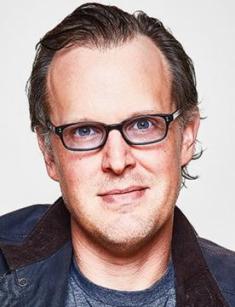 The would-be artist was born on May 8, 1977, in Utica, New York. The family determined the boy’s future: Joe’s great-grandfather, grandfather, and father were closely related to music. The boy began to play the guitar at the age of four.

The house was full of music: the family listened to Stevie Ray Vaughan, Eric Clapton, Peter Green, and others. Besides, the parents owned a music instrument store.

Bonamassa gained his first guitar for adults at seven: it was the crimson Fender Stratocaster nicknamed “Rosie”. Joe copied great masters’ styles and dealt with complicated passages. As a school student, he founded his own group, Smokin’ Joe Bonamassa, and gave concerts in western New York and Pennsylvania; the band visited Scranton and Buffalo. The young musicians were honored to open the show for legendary B.B. King. He was impressed by his young colleagues’ talent, especially that of Bonamassa, and took pictures with him.

In the mid-1990s, Joe participated in the events organized by Fender and met Berry Oakley III. The meeting became one of the most significant moments in the artist’s career. The young men created the group Bloodline together; it did not enjoy much success but brought Bonamassa to the world of professional musicians.

In 2000, the artist recorded the debuting album A New Day Yesterday that consisted of original tunes and covers on Rory Gallagher’s, Warren Haynes’s, and Jethro Tull’s works. Thanks to the producer Tom Dowd and the keyboard player Gregg Allman’s contribution, the album proved to be a success and reached the ninth position in the Billboard Blues chart.

The following albums were released in 2002-2006: So, It's Like That, Blues Deluxe, and Had to Cry Today. Critics’ reviews were favorable; they called Bonamassa’s discs the best releases in the traditional blues.

In 2006, the guitarist presented his new studio album, You & Me; it topped Billboard Top Blues Albums. Allmusic gave the work 3.5 stars and named it the musician’s best project.

Traditionally, the disc included both original songs and cover versions created with the bassist Carmine Rojas and the drummer Jason Bonham (Led Zeppelin).

Three years later, Bonamassa made his childhood dream come true and performed at Royal Albert Hall, London: he played in the duet with Eric Clapton. In 2012, the musician presented the concert album Bonamassa Beacon Theatre – Live from New York with another icon: the guitarist Paul Rodgers (Free, Bad Company).

On March 26, 2013, An Acoustic Evening at the Vienna Opera House was released on CD, DVD, and Blue-ray. It was the first show where the musician used no electronics. Joe gave three concerts with the team organized by the producer Kevin Shirley; one of them took place at Beacon Theatre, New York. The same year, in summer, Bonamassa held four shows in London: they stood out for the original set lists and many popular artists’ collaboration. The concerts appeared on DVD under the title Tour de Force in fall 2013.

In the early 2010s, Joe watched several TV programs with the American singer Beth Hart who used to open the shows for Scorpions; he was impressed by the singer’s work at Blue Balls Festival in Switzerland, too. Thus, Bonamassa invited the woman to collaborate; she gladly accepted the offer as she would sing in a duet, not as a backup vocalist.

The singers selected the most popular songs along with the guitarist’s producer and recorded the album Don’t Explain at the J&R Adventures studio. The released took place on September 27, 2011; the disc got into the top three Billboard songs, and European music charts also gave it high positions. In 2013, the duet Seesaw presented the second collection; it was nominated for the Grammy Award for Best Blues Album.

Further on, Bonamassa returned to his solo career and had the next album, Different Shades of Blue, released. It consisted of the original songs co-created with Jonathan Cain, James House, and Jerry Flowers. In May 2015, Joe won the Blues Music Award as the best guitarist. 2016 was marked with the album Blues of Desperation welcomed by critics; the 2018 disc Redemption and its music videos were equally successful.

The Scottish singer Sandi Thom was the artist’s girlfriend for a long time; their relationship seemed to be so stable that their friends and families had no doubts about their future marriage. However, Joe and Sandi broke up in 2015; the woman married another man and gave birth to a child.

Today, the guitar is the musician’s only partner. He is actively engaged in work and does not plan to have a wife and kids.

Joe is a famous collector of musical instruments; he owns many rare items, such as Les Paul’s Gibson (1954) and Terry Reid’s Fender Telecaster (1952). Besides, the artist cooperates with Keeping the Blues Alive Foundation that provides students and teachers with financial support.

The musician plans to spend 2019 on tours. He gave 22 concerts in the United States and then went to Europe until the end of spring. After the summer break, the August shows in Borgata Casino, New Jersey, will be held.

Later on, Bonamassa and the British singer Peter Frampton will participate in the Keeping The Blues Alive At Sea Mediterranean Festival which is going to be a part of the five-day cruise on Mediterranean Basin.