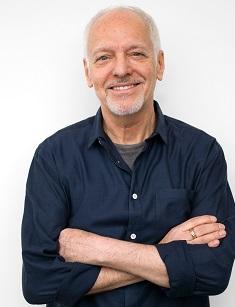 Peter Kenneth Frampton is an England-born American rock music player, singer, songwriter, producer and guitarist earlier performing with the music groups Humble Pie and The Herd. Later he started a solo career and succeeded in it a lot. Amongst stars who have collaborated with him, there are Ringo Starr, David Bowie, Matt Cameron and Mike McCready from Pearl Jam.

Frampton's birthplace is Bromley, Kent, UK. His family was of a middle-class – father Owen Frampton worked as an Art teacher, but there is no information about his mother's occupation. Future star studied at Bromley Technical High School. Peter found a passion of his life – music – at the age of 7. Once he accidentally run into his grandmother's banjolele in the attic. Initially, he didn’t know what exactly it was but understood and taught himself to play. Later he started playing guitar and piano. As an 8-year-old child, Peter attended classical music lessons.

Frampton started working on music seriously at the age of 12. So, then he became a member of a band called The Little Ravens. Another teen music group which was popular that time is David Bowie's band George and the Dragons.

Peter and David were friends – they met in Technical School. They often saw each other at the concerts, spent lunch breaks together, playing Buddy Holly songs.

Two years later Frampton joined a band The Trubeats, later - The Preachers produced by Bill Wyman of The Rolling Stones.

So, Frampton became a famous kid musician; his bands have always been invited to various local events. In 1996 he joined The Herd – there he performed as a lead guitarist and singer and wrote several British hits. Interestingly, teen magazine Rave called the musician "The Face of 1968".

18-year-old, Frampton alongside with Steve Marriott of Small Faces formed Humble Pie. That time he was noted by many professional producers, succeeded to make several records with such musicians as Harry Nilsson, Jerry Lee Lewis, and John Entwistle's Whistle Rymes. Pete Drake taught him an interesting guitar effect - "talk box."

Humble Pie succeeded to release four studio albums and one concert album. One of the most popular their works is an album Rockin' The Fillmore – it got to the high places on the US charts. However, Frampton desired to develop alone, as a solo musician. So, in 1971 he said hello to the band. Band's manager Dee Anthony left the group with Peter, and they started working together.

Frampton released his debut album in 1972 – it was called «Wind of Change» and featured Ringo Starr and Billy Preston. Its most famous singles are «Lines on My Face» and «Black Hole Sun.»

The next year was marked by Peter's next album «Camel.» In 1974 the musician recorded and released «Somethin's Happening.» For the promotion of his career, Frampton toured a lot. Over time, Andy Bown on keyboards, Rick Wills on Bass, and American drummer John Siomos joined him. In 1975 he released «Frampton» album which happened to be successful – it got to the 32nd place in the US charts, and was certified Gold by the RIAA.

Interestingly, his early collections were not of high commercial success. However, in 1976 everything changed – he released «Frampton, Frampton Comes Alive!» album. It consisted of such hits as «Baby, I Love Your Way,» «Show Me The Way» and «Do You Feel Like We Do.» In two latter songs, the musician showed his excellence in guitar effects. Generally, Frampton worked on this album in San Francisco, California.

Peter found new members for its recording - Americans Bob Mayo on keyboards and rhythm guitar and Stanley Sheldon on bass. In 1974 he fired Wills, later Bown left the band voluntarily. The musician released «Frampton Comes Alive» at the beginning of January and peaked at No. 191 on the charts. It held the place on the Billboard 200 for 97 weeks.

Interestingly, it spent 55 weeks in the TOP-40, ten weeks - at the top of the chart. The collection brought immense popularity to Frampton, became the top-selling album of 1976, and it was also the 14th best seller of 1977. Its total sells' level reached 8 million copies. The album has been certified as platinum eight times and won a Juno Award in 1977.

As a result, Peter was invited to the photo shoot for the cover of Rolling Stone. Everyone knows this famous shirtless photo by Francesco Scavullo. In his future admissions, Frampton said he regretted about this picture cause earlier he had been an idol for teens.

At the end of 1976, Frampton alongside his manager Dee Anthony were invited to the White House with performance.

As an award for his contribution to music, Peter received a star on the Hollywood Walk of Fame on August 27, 1979.

Almost no one Frampton's album could repeat such a success. So, in 1977 «I'm In You» was released. It had several hit singles, was certified platinum but didn’t manage to bring commercial and critical success to the musician.

Besides singing, Peter Frampton played in Sgt. Pepper's Lonely Hearts Club Band (1978) movie – he worked there alongside The Bee Gees. Also, he sang a soundtrack of the movie Grease (1978).

The same year Frampton suffered a near-fatal car accident in the Bahamas. Since then he would never work as he did earlier. He got back to his studio in 1979 for the sake of recording the album «Where I Should Be» which featured his former colleagues Stanley Sheldon (bass), Bob Mayo (keyboards/guitar/vocals), and John Siomos (drums/vocals).

In 1980 Frampton lost all his guitars in a cargo plane crash that killed three people. Amongst the destroyed instruments there were the black Les Paul Custom which he had named "Phenix" (pictured on the cover of Frampton Comes Alive) given to him by Mark Mariana and first used on the night of the recording of the Humble Pie live album, and which he had used all through his early solo career. Nevertheless, the musician managed to record a new album «Rise Up.»

The following collection Frampton released was «Breaking All the Rules» (1981). The next year, he pleased his fans by releasing «The Art of Control.» Having done it, Peter wanted to part ways with A&M Records. However, they signed a contract again in 2006. The same year, he released his Grammy Award-winning «Fingerprints.»

His albums of that time didn’t bring him commercial success, but Frampton kept working. At last, he succeeded – in 1986 he released an album and a single «Lying» which became a real hit on rock charts. Also, he collaborated with an old pal David Bowie to record albums together. So, Peter took part in recording «Never Let Me Down» and in the Glass Spider tour. It made people remember Frampton.

Having finished the tour, he joined a former group Humble Pie – they performed together at several concerts at the Half Moon in Putney, London. Besides, he collaborated with Steve Marriott – they recorded several singles together and planned the Frampton-Marriott tour. Unfortunately, in April Marriott died in a house fire. The news made Frampton absolutely heartbroken, and stopped making music for some time.

Later he reunited his old touring band with his old friends Mayo and John Regan. The tracks Frampton had recorded with Marriott he included in his next solo album.

In the 1990s, Peter was invited to star in an infomercial plugging the internationally successful eMedia Guitar Method.

In 1994 the album «Peter Frampton» was released. Initially, the musician published it on the Relativity. Later, in 2000, it was re-released on the Legacy Records label with four bonus tracks.

In 1995 Peter added «Frampton Comes Alive! II» collection to the list of his albums. Although a large amount of marketing was launched, the albums sells' level remained low. That time he embarked on tours with Bill Wyman's Rhythm Kings and Ringo Starr's All-Starr Band where he and Jack Bruce sang a cover version of Cream's «Sunshine of Your Love.»

2003 was marked by Frampton's new album «Now.» Having released it, the musician embarked on a tour with Styx and Elms for its promotion. In 2006 the musician appeared in the Fox Broadcasting variety show Celebrity Duets.

In February 2007, the collection received the Grammy Award for Best Pop Instrumental Album. The same month he was invited to the Chicago-based PBS television show Soundstage.

Later he arranged another tour – he traveled around Great Britain for promotion of a new album. So, he visited Leamington Spa, Glasgow, Manchester, London and Bristol with concerts.

The same year, Peter started The Frampton Comes Alive 35th Anniversary Tour. In 4 months, Peter managed to perform in 69 places around the USA.

In June he released a new album «Hummingbird in a Box.»

In 2015 «Acoustic Classics» album was published.

Frampton spent 2017 and 2018 years touring with the Steve Miller Band.

In February 2019 Peter announced his Peter Frampton Finale—The Farewell Tour. It will start on June 18, 2019, in Tulsa, Oklahoma and finish on October 12 in San Francisco California. Its visitors will see a special guest Jason Bonham's Led Zeppelin Evening and Peter's son Julian Frampton on the West Coast stops.

As it became known, the reason for this tour is Peter's disease - he has inclusion body myositis (IBM), a progressive muscle disorder characterized by muscle inflammation, weakness, and atrophy (wasting). In the tour's setlist, there are his greatest hits.

Frampton's current net worth is evaluated at $30 million.

Peter Frampton has a long, complicated dating history. So, he has been married 3 times and is a father for 3 children.

Later he had a relationship with Penelope J. "Penny" McCall. When they broke up, she referred to the judge asking for half of Frampton's earnings during the five years that they were together but failed. Interestingly, the reason for such a bold Penelope's requirement was what she

«gave up her job as a rock promoter and devoted herself full-time to Frampton, just as he achieved superstar status.»

In 1983 Peter married Barbara Gold. They have two kids together – Jade and Julian. The latter also became a musician – he is an author of Peter's song «Road to the Sun» from «Thank You, Mr. Churchill.»

In 1996 the musician married for the first time – his third wife was Tina Elfers. She gave birth to their daughter, actress Mia Frampton. Also, Frampton has a stepdaughter named Tiffany Wiest. In 2011 the couple filed for divorce. According to them, they became absolutely different people. Frampton has one step-grandson, Wolfie, via Tiffany.