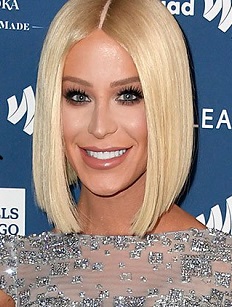 Gigi Gorgeous is a Canadian YouTuber, model, activist and actress. She is a huge YouTube star – her channel has more than 2.6 million subscribers. Being born as a man, Gigi has transformed to a transgender woman and nowadays fights for LGBTQ’s rights.

Gigi Gorgeous was born as Gregory Allen Lazzarato on April 20, 1992, to the family of David and Judith in Quebec, Montreal. She was raised according to Roman Catholic Christian canons. Speaking about her education, Gigi studied at St. Francis of Assisi School. Later, Gigi enrolled at Iona Catholic Secondary School to get the rest of her school education. Studying at school, Gigi liked participating in various sports and was especially good at diving. She established herself as a nationally ranked diving competitor.

Having graduated from high school, Gigi (then known as a guy Gregory) entered George Brown College in Toronto, Canada, to study fashion. Several years later, she decided to drop out of college to focus on her YouTube career.

In February 2013, Gigi's mother Judith died of Leukemia in a hospital in Toronto. The woman's death prompted her to reveal her real personality, to show she was a transgender woman as she did in 2013 on her YouTube channel. That time Gigi had to struggle with her family's and friend's opinions – they refused to understand her.

As a teenager, Gigi Gorgeous often suffered from an acute gender identity crisis and found her solace on YouTube. 2008 was marked by the beginning of her career - she created the channel as a gay Gregory Gorgeous. She understood it was exactly what she wanted - making videos in front of the camera, talking about makeup and fashion. According to Gigi's future admissions, her camera became her therapist, and YouTube became her diary. Apart from makeup videos, Gorgeous also published videos of her daily life.

The channel gained much popularity not only because of the content but for the precious insight Gigi provided regarding transitioning and being a transgender woman. She shared her ideas sincerely, and fans appreciated her honesty. Gorgeous has shared every aspect of her life on her channel, including her dating life, the relationships, and the breakups. Fans saw Gigi’s turning from a shy boy into a beautiful, self-confident transgender woman.

In 2011 Gigi Gorgeous debuted on TV – she was invited to the YouTube-based Reality Show The Avenue.

That time Gigi started collaborating with other celebrities, such as Jeffree Star and others. In 2015, she acted as Amber in YouTuber Shawn Dawson's debut project, a short movie titled I Hate Myselfie. The following year, Gigi was also featured in the movie's sequel. Moreover, Gorgeous was featured in Kylie Jenner's app, giving makeup tips to her followers. Alongside Miley Cyrus, Gorgeous took part in a photo shoot for Marie Claire Magazine. She also introduced Miley for her debut performance at the 2015 MTV Video Music Awards.

The same year, Gorgeous was lucky to sign an exclusive deal with Too Faced Cosmetics and was featured in their campaign entitled Better Than Sex. The woman was featured in glamour People Magazine. Additionally, she was seen in the music video of the song 'Another Lonely Night' by Adam Lambert.

Gorgeous received the Streamy Award for Best Beauty Series on YouTube. In 2017 a documentary titled This Is Everything: Gigi Gorgeous made by acclaimed filmmaker Barbara Kopple premiered at the Sundance Film Festival.

Lazzarato has used her internet celebrity status to bring awareness to transgender issues, the LGBT community, and anti-bullying.

Gorgeous announced she was a transgender woman at the end of 2013. Since then, she has undergone electrolysis, tracheal shave, hormone replacement therapy, facial feminization surgery, rhinoplasty, and breast augmentation and legally changed her name on March 8, 2014.

In a September 2015 issue of People Magazine, Lazzarato credited transgender model and performing artist, Amanda Lepore and her mother's death for sparking her transition.

On August 9, 2016, Gigi Gorgeous was mixed up with a scandal while trying to entry in Dubai. She was detained in the United Arab Emirates and had her passport taken by airport officials and immigration officers at the Dubai International Airport. Gigi was prohibited to come to the city for being a transgender woman, as the government did not recognize her gender as legitimate even though. The "imitation of women by men" is illegal in the UAE, and violators can face up to a year in jail. Gorgeous was released after spending near 5 hours in a prison.

That day The "#JusticeForGigi" hashtag surfaced on Twitter – Gigi's fans called for her release and reform in anti-LGBTQ laws. Remarkably, Gorgeous was not the first transgender person to be detained in Dubai. So, in 2014, two Brazilian transgender women were also detained and had their passports taken. Lazzarato, before leaving Dubai for Sweden, responded to the incident by calling for equality and legal protections for LGBTQ people.

Gorgeous is married to her long-time girlfriend Natalia Williams, an heiress, and member of the Getty family. After two years of dating, Nats proposed to Gigi in a romantic way in Paris, France on March 1, 2018. Gigi Gorgeous and her fiancée Nats Getty tied the knot on Friday, July 12, 2019, in a beachfront wedding at the Rosewood Miramar Beach in Montecito, California.

Nats is a clothing designer with over 50,000 followers on Instagram between her personal and brand accounts. Nats is the great-granddaughter of oil tycoon J. Paul Getty. She has created a brand called Strike Oil, which both she and Gigi promote on their social media channels.

The two are thinking about creating a family and having a baby. Although Gorgeous is not able to give birth, once she has said journalists she would find the way and create a real family with Nats.